A few miles from Phoenix, which the Interstate passes, there’s a man called Rocco who lives in the desert and doesn’t like being asked why he carries a gun. (“You never know who you’re going to meet.”) Rocco rarely checks his emails because he needs to fire up a generator for electricity, but that hasn’t stopped the Arizona Cowboy College where he teaches from becoming famous.

Hollywood stars, stunt performers and tourists come here to learn how to ride. The only people he couldn’t teach were some Irish boys on a stag, who were too drunk to stay in their saddles. They spent the nights downing whisky and chasing each other naked. Rocco wasn’t too sure about that.

But Rocco isn’t the most surprising thing on my road trip through Arizona. We’re heading south, on a straight line to the Mexican border. Here we expect red caps aplenty. But right where we think we’ll find Trump’s heartland, we stumble into a place that doesn’t do pigeonholing – the small town of Bisbee.

The radio starts to change as we leave Tucson and turn off the I-10. Riding Route 80, you pass St David – population 2,000 – and Tombstone, famous for all 30 seconds of the gunfight at the O.K. Corral.

It’s around here that you notice the car salesmen in the commercials sing their own jingles. Further south, sunsets stretch along endless, flat horizons. The beauty is unfathomable. Highways are sponsored by local businesses and families. The heat collects on the roads in great shining pools.

At the border it changes again – suddenly there are soldiers with guns. This is where Donald Trump wants to build his wall. It’s here that you might expect you’ll find his most fervent supporters.

But swing off Route 80 and there’s Bisbee, a town like a film set, where the roads are wide and everything is old (for the States, at least). After the whole place burned down in 1908, the Copper Queen Mine Company – basically responsible for the town’s economy – splashed out and built it back up in grand style: beautiful saloons sit next to banks with Roman columns. 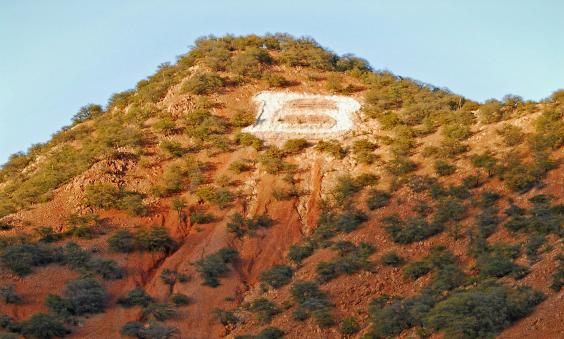 Still, Bisbee almost crumbled – by 1975 the mine’s 20-year decline was complete. The company left and everyone else followed. The Copper Queen Hotel, where it’s said John Wayne punched a rival through a window one night, went up for sale at $1. No one made an offer. House prices crashed. So artists moved in and made their own things.

Now Bisbee is like an arts colony, full of galleries, vintage shops and drinking spots that run live music night and day. Try the popular Stock Exchange, where bands play till the 100-year-old ceiling rattles. The Quarry is where the music is best, though – punky guitars screech over double basses as one band burns through rockabilly and soul played as one.

Poco in Peddler’s Alley is a veggie-friendly joint run by people who know everyone, probably because of their heavenly burritos. Up the road is Screaming Banshee Pizza, legendary here, while breakfast is best (and biggest) in Ana’s Seasonal Kitchen.

The Mining and Historical Museum is a partner of the Smithsonian

What’s there to do? The usual: walk, take lunch, have a drink. Meet people: they’re kind and like to chat. The mine tour fascinates and the ghost tour is done in good humour but unsettles: the stories are of lost children and guesthouse massacres. In the day try the Mining and Historical Museum, a partner of the Smithsonian. For $8 you learn about the 2,000 miles of tunnel that surround the place, and just how many people died to make it happen. Bisbee was deservedly voted best historic small town in the US last year by USA Today readers – strange to think that once upon a time trade their was worth billions. 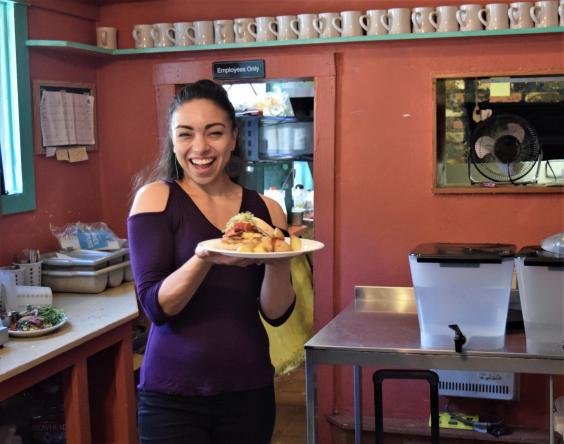 Service with a smile at Ana’s Seasonal Kitchen

But Bisbee is a place of resilience where somehow a local paper still prints and painters get by. The Old Bisbee Brewing Company struggles through the heat to pump out gallons of beer. Even the Copper Queen Hotel survived, remaining the grandest place to stay. We preferred the Gym Club Suites, though: huge rooms for little money, some with great views over mountain ranges, cared for, and centrally located. If you can book Suite 201 – its private deck is made for evening cocktails. 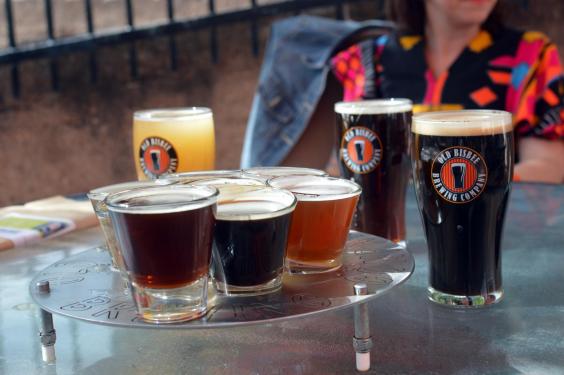 It’s also a place of free-thinking types. This isn’t to say there aren’t a few sticklers – the kind that tut at women holding hands – but there are plenty pushing against that, making a point of acceptance and championing differences. The fact that Bisbee isn’t all shiny, happy people – there are some artsy screw-ups and deadbeats ghosting about – makes it more human, less novelty. 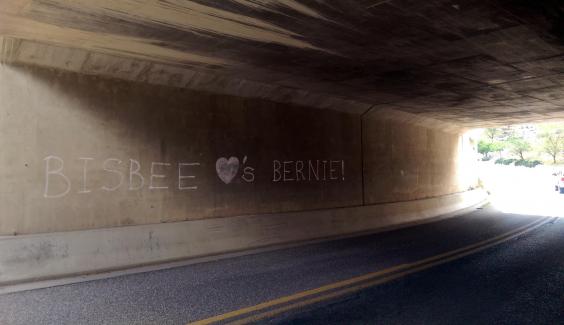 The town may only hold your attention for a handful of days: by then you’ll have done the tours, heard some stories and had your heart broken finding forgotten yearbooks in the second-hand shops. But Bisbee is a reminder that people and places will always surprise. Here the graffiti reads “Bisbee for Bernie”. In chalk, rather sweetly.

Maybe it’s gone now. But permanent in Bisbee is that most American of traits: hope. It sits under scores of stars and reflects back just as brightly.