I’m not entirely sure I know the difference between quagmire and quicksand, but I’m definitely up to my knees in one or the other. The clay (at least, I think it’s clay) of the riverbank looked firm enough to support my size 13 feet, but a few steps in and I’m already sucked under.

As I try to pull against the vacuum to release my right foot, my left sinks deeper. When I tug my left foot free, I leave my shoe behind. Check mate. There’s no one to help for miles – which is kind of the point, out here in the Chihuahua Desert.

Here in Texas’s Big Bend National Park, one of the world’s most iconic rivers divides two countries. For more than 1,000 miles, the Rio Grande marks the only – and ever-shifting – boundary separating Mexico and the United States, as it snakes its course through the Chihuahua.

Despite its name and status though, the once mighty Rio Grande is now a mere trickle – diminished by industrial damming. The change isn’t just aesthetic – it means that, in many places, one can easily wade across the border.

Indeed I’ve met a number of people who, safely ensconced in Dallas and Houston’s cafes, have told me they wouldn’t visit Big Bend – despite its breath-taking looks – for fear of running into “illegals” entering the country. So as well as enjoying my own private national park, I’ve come here to see if the border really is so porous.

A bit too porous, I swiftly realise, sinking into the riverbed. In the Chihuahua Desert, no one can hear you scream… 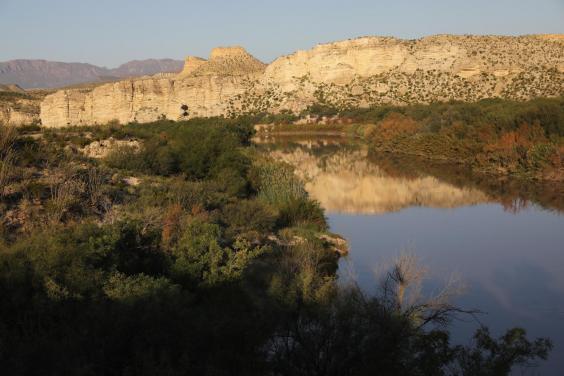 You can cross between the US and Mexico here – legally, unlike me. And unlike the other horror stories coming in from the US border at the moment, it’s pretty fun, too. Just above the bank of the Rio Grande there’s a little border control point, the Boquillas Border Crossing, named after the dusty settlement on the Mexican side (it was once less dusty, but more on that later). It’s staffed by an uncharacteristically friendly American official. You show him your documents, make a call to an El Paso Border Patrol agent to answer the obligatory questions, then schlep down to the river where a man in a boat rows you across (it’s about 50 yards wide, here), while another, semi-recumbent Mexican serenades you from the shore.

Once in Mexico, you hop in the back of a pick-up truck and take a bumpy ride into tiny Boquillas, where guides will show you the small school and new power plant, before leaving you to enjoy tacos and a beer at the local restaurant. There’s little to do, but that’s the point – visiting Boquillas is the chance to soak up a more rural Mexican way of life than the frenetic pace you normally find in border towns. And that’s partly down to a shifting US border policy, which killed off Boquillas’ once thriving tourist trade.

Most who make the crossing these days are foreign visitors, the border guard tells me, not least because many Americans arrive thinking they won’t need a passport for the trip. American citizens have needed them to cross the Mexican border since 2008; unfortunately, only around a third of US citizens own passports and many haven’t caught up with the nine-year-old policy. 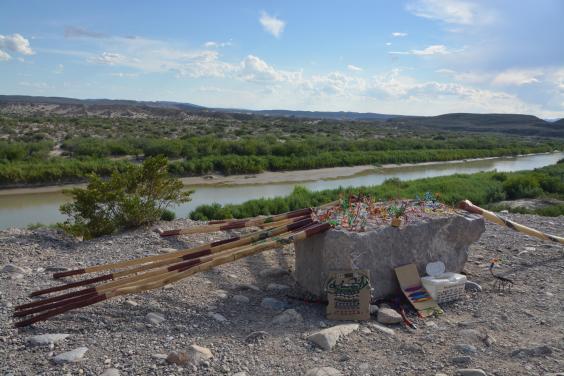 The overlook across the Rio Grande, where passport-less Americans can buy Mexican trinkets (Jack Tyler)

It was a different story before 9/11, when Boquillas enjoyed an open door policy with its northern neighbours, and thrived as a day-trip destination. Texans loved popping across the border for a cerveza or two; Boquillas residents, meanwhile, went to Texas to do their weekly shopping.

But in 2002, the border was abruptly closed and all this changed. Having lost its precious tourist trade – and with residents now having to travel over a hundred miles to the nearest grocery store in Mexico, rather than visit the one a couple of miles across the border – Boquillas became a ghost town. Now there are only about 200 residents left.

The border reopened in 2013, but immigration is now controlled, and while US citizens and tourists with passports can visit for cheap tacos and killer margaritas, coming back the other way is a lot more tricky for Mexicans who often struggle to get the necessary paperwork. 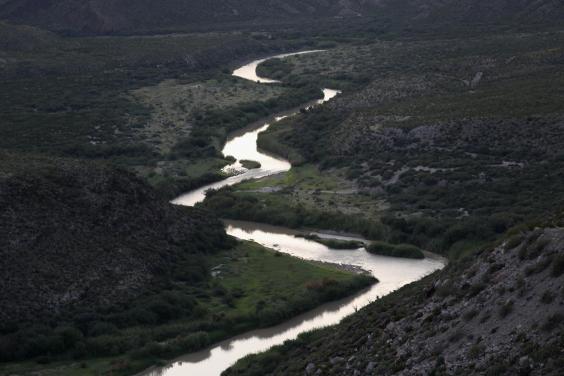 The Rio Grande forms a 1000-mile border between the US and Mexico. But it’ll take some engineering to build a wall along it (Getty)

Having freed myself from the river’s muddy embrace (which involves impromptu chin-ups on a bankside branch), I clamber back up the hill to Boquillas Canyon lookout in America. This is where passport-less Americans can enjoy sweeping views of the Mexican side, and browse a stall, crammed with Mexican bracelets, day of the dead sugar skulls, walking sticks and trinkets, that stands unattended at the hilltop. Before too long, its ‘owners’ arrive – Mexican cowboys, their horses carefully picking their way across the river to check the stall’s honesty box and push a few five-dollar bills into their jeans’ pockets, before saddling up and heading home.

Assuming they know where they’re going, I follow safely in their wake, wading thigh high at the river’s deepest point. A moment later, I’m standing on Mexican soil, looking back at the USA. Not that you could tell from here.

Where does one build a wall? In the middle of this river? Whose water is this? Whose fish? Donald Trump has a serious problem on his hands. Erecting a barricade here, in this immaculate wild west – unblighted by strip malls and fast food outlets – seems not just sacrilegious but physically impossible.

If his alt-right electorate don’t allow him to back down, he may find himself up to his knees in political quagmire. Or is it quicksand?