Britain’s immigration authority has denied a woman a visa to attend a political conference in the UK on the basis that she is single, according to documents seen by The Independent.

The woman, who is not being named, was set to be a delegate from the Pakistan Green Party to a worldwide congress of Green parties. She had applied for a five-day visa to attend the congress, which runs for four days from Thursday 30 March, and is to be hosted at the ACC in Liverpool.

In her rejection letter from UK Visas & Immigration, dated 15 March, the woman was told that she would not be permitted entry to the UK for reasons hinging on “the fact that you have declared yourself to be single, with no one dependent upon you”.

The letter stated that this was relevant because “I consider that you have little in the way of ties to Pakistan to give you an incentive to leave the United Kingdom”.

The Global Greens Congress is being hosted in conjunction with the spring conference of the Green Party of England and Wales.

The gathering will see delegates from most of the 74 recognised Green parties from across the planet converge on Liverpool for policy and campaigning discussions.

Caroline Lucas, Green Party EW’s co-leader, described the reasoning behind the rejection as a “disgrace” and said the rules needed an urgent re-think.

“This bizarre visa refusal from the Home Office is both utterly nonsensical and extremely insulting,” she said.

“Green Party members from across the world are coming together in Liverpool this week to debate the big issues we’re facing – yet delegates are apparently being rejected for being single.

“Such action from the Home Office is a disgrace – and they should urgently rethink the rules so that Britain can be home to political debate – rather than shutting ourselves off from the rest of the world.”

The Home Office told The Independent that its decision to refuse the woman entry to the UK was “in line with UK immigration rules”. 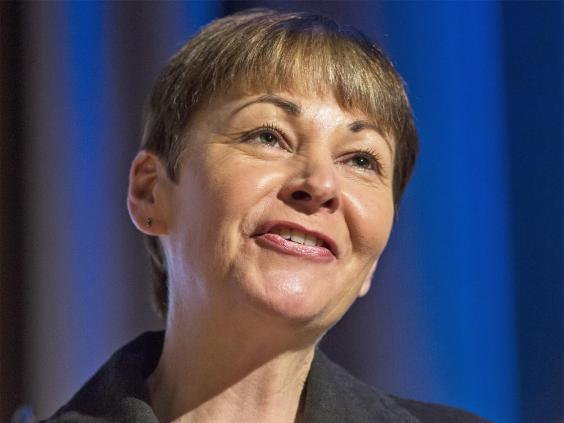 “Whilst I note that you have stated Global Greens will bear the cost of your trip to the UK I note you also state the trip will personally cost you £500. From the documents presented I do not find it credible you intend to spend in excess of 10 times your monthly income on a short trip to the UK now.

“Given the above and the fact that you have declared yourself to be single, with no one dependent upon you, with no verified income or assets of your own, I consider that you have little in the way of ties to Pakistan to give you an incentive to leave the United Kingdom.”

The rejection contains at least one error; the Global Greens’ Congress has never been hosted in the UK before and is not an annual conference. It was hosted in Dakar in 2012, Brazil in 2008 and Canberra in 2001.

Presented with the rejection letter, a Home Office spokesperson said: “All visa applications are considered on their individual merits in line with UK immigration rules.

“We publish extensive guidance on the sorts of documentation and information that is required and the onus is on an individual to submit as much evidence as possible in support of their application.”

BuzzFeed News reported last week that another delegate to the Global Greens Congress was barred from entry to the UK because, despite being secretary general of the Ecological Party of Uganda and president of the Eastern Africa Green Federation, he did not earn enough money to satisfy UK immigration requirements.