In football, when none of the normal everyday aspects are working, managers will often try something radical in order to try and provide enough of a jolt to just spark something in their team. That at least is the general thinking, even if it is in desperation.

It’s difficult to know what Danny Blind was thinking, though, when he threw Matthijs de Ligt into the Netherlands team to face Bulgaria on Saturday. Given that the 17-year-old has only made two league starts for Ajax, it was more than radical to suddenly make him the youngest ever Dutch international – and that in a highly responsible role in a high-pressure game.

It was instead reckless and irresponsible, both to the team and a young player’s career. It also proved fatal, for that game and the sacked Blind’s job. De Ligt almost immediately made two errors that gifted Spas Delev two goals and Bulgaria three points following a 2-0 victory in Sofia.

The hope for the 17-year-old is that he mentally recovers from this soon, especially since he has a lot of talent, and it was encouraging that no-one was obviously willing to blame him.

As for the Dutch side as a whole, they are running out of hope as they lie in fourth place in their World Cup qualification group at the halfway stage, six points behind first-placed France and – more relevantly – two behind Bulgaria in third and three behind Sweden in the prospective play-off spot.

There is a lot of blame to go round for that, meanwhile, with Blind first to face it as he was sacked. Yet, as freakish as the key details in that final match were, they nevertheless reflect some of the main reasons why the Dutch are in this situation: a lack of adequate playing talent that meant a 17-year-old had to be picked; a lack of adequate coaching talent that left Blind with the job in the first place; and a general lack of direction and leadership as a whole. 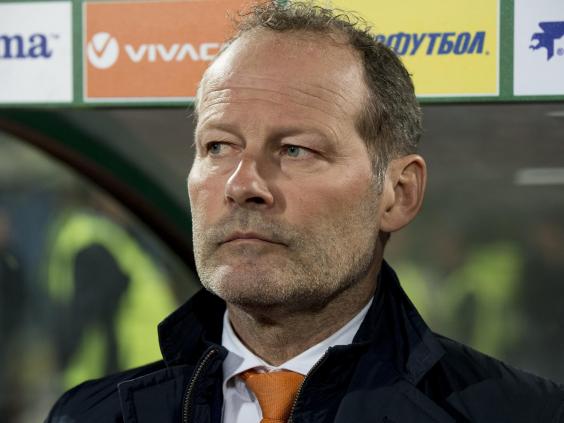 Blind has been sacked after a string of poor performances (Getty)

A lot of these discussions are not new of course, given that many came up during the debacle of the Euro 2016 campaign, but a similar failure would see the Dutch fall new depths in the modern era. If they do not qualify for Russia 2018, it will be the first time they will have been absent for two successive tournaments since 1982-84.

Even that era had the caveats of competing in smaller international tournaments and the fact so many obvious stars like Ruud Gullit were coming through, however, but there is none of that now.

The Netherlands have a good squad of players but, as has been the case for the past few years, no true thoroughbred quality younger than Wesley Sneijder and Arjen Robben. They are now 32 and 33, respectively.

Again, that discussion is not new, but what has been a new problem is how the Dutch federation – the KNVB – have decided to handle it. They picked the wrong man in Blind, who couldn’t prove he ever deserved it.

This is the thing with international football, too. Even if the Dutch are a long way off the Germans and the Spanish and what they would fairly consider their old pedigree, the level is so open-ended now that any adequately-organised moderately-talented team can still be competitive.

Had the Dutch picked a proven manager like Ronald Koeman in that regard, rather than someone with next to no experience beyond a brief spell at Ajax over a decade ago like Blind, they could still have had some impact.

That has to be the thought process now as KNVB commercial director Jean-Paul Decossaux says “all options are open”, in order to maximise the talent they actually possess, but more and more people around the Dutch game feel they could also do with a deeper change of thinking. 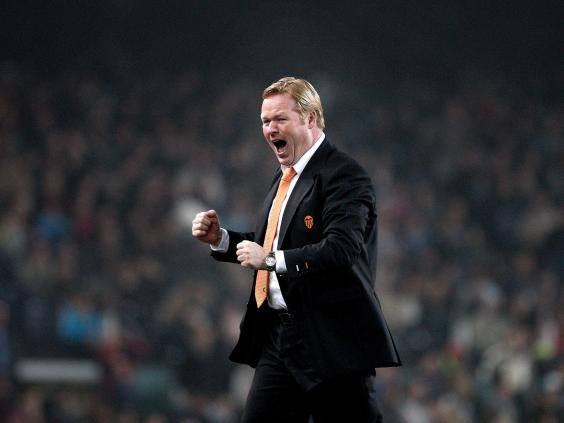 Koeman was overlooked for the Holland job (Getty)

There is a general feeling that it has become complacent, too comfortable in the reputation from the approaches that made waves four and two decades ago. In short, they have been left behind, as other nations have adapted and improved the original Dutch approaches.

That was a dynamic distilled as long ago as the 2010 World Cup final, when Bert van Marwijk’s disjointed side were forced to try and aggressively kick a Spanish team who had taken Total Football on to its next stage of evolution. It has also a dynamic that has reverberated.

One figure heavily involved in European youth football tells a story from 2015 at the Marveld Tournament, a prestigious underage competition played in the Netherlands that has traditionally involved the Dutch clubs triumphantly showcasing their talent. This time, though, he was struck by the amount of times an Ajax goalkeeper – of all sides – would just keep lumping the ball up to a tall striker. Sides from Anderlecht and Benfica, for example, had a much more clearly defined style of play. 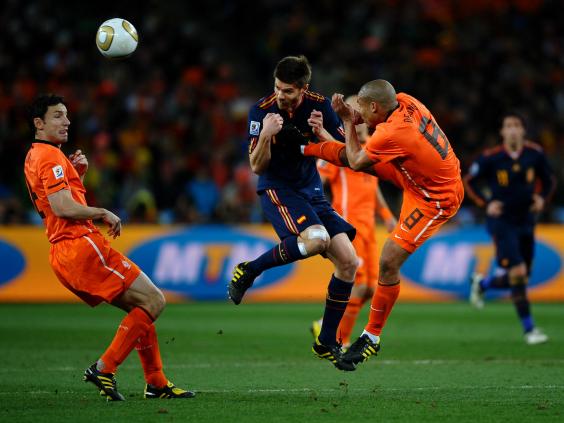 Some put this down to the fact the Dutch approach, somewhat ironically, places too much emphasis on the technical side of the game rather than tactical.

So, while under-16s and under-18s from countries like Belgium, Germany and Spain are by that point being given a proper tactical education, that has not been the case in the Netherlands. It has been pointed out how many of their under-18s are still doing a lot of ‘ball mastery’ sessions, something other countries prioritise for their under-nines.

Those facts are seen to have played a part in the current situation, where the Dutch have many technically solid players but no top quality, although there are other issues like the failure of any “the 1987 generation” to fill the gap beginning to be vacated by the Robben generation. 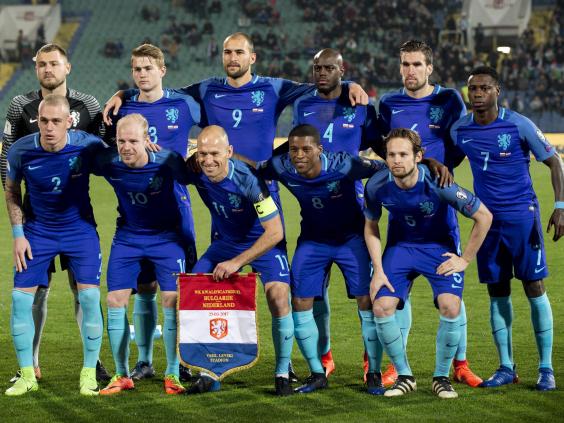 Holland’s younger players have so far failed to deliver (Getty)

Either way, it has culminated in a limited team who in their last game resorted to a set-back to just powering the ball up to big men.

That is remarkable for the country that produced the most insightful and influential tactical idea the game has ever seen. That country is now facing the biggest crisis it has seen since then.

A long think is required, both about who is appointed next, and what is done next. Something beyond radical is required.