This remote retreat in north-west Iceland has replaced sheep farming with heli-skiing and snowmobiling as it opens an Eleven Experience escape in spring, ready for heli-ski season. Adrenaline junkies can follow the mountain slopes from 3,000 feet high, down to the Atlantic coast here at the edge of the Arctic Circle. Back at base there’s a bar, hot tubs, steam rooms, saunas, an indoor saltwater pool as well as an outdoor spot for swimming and soaking. This luxe-as-can-be lodge sleeps 28 guests, and in summer, when Deplar Farm is bookable as an exclusive-use property, adventures can include fly-fishing, horse-riding, surfing and whale watching.

Sydell, the hotel group behind New York’s NoMad, the Line in LA and Freehand in Miami got in bed with Soho House to create this multi-faceted destination in the City, suited to sleeping, socialising, and seeing and being seen. Fashioned from a banking building designed by Sir Edwin “Ned” Lutyens, it will open in summer, with 252 guest rooms with an air of the Twenties and Thirties, nine restaurants including Soho House usuals such as Cecconi’s, and Ned’s Club’s members-only areas, including the rooftop pool and basement lounge bar. 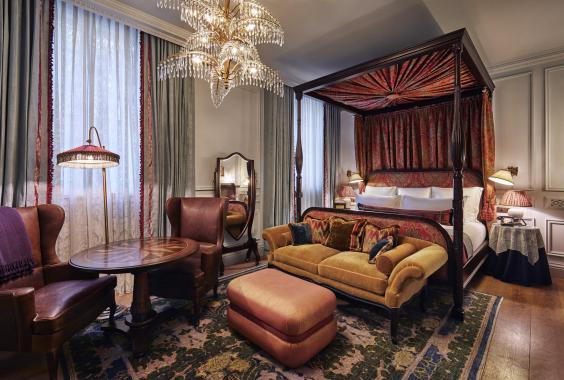 Ibiza Town needs a buzzing, quality boutique hotel and Amsterdam-based Sir Hotels have stepped up to the challenge, transplanting one of their “characters” to this port-side address near the Balearic island’s main marina. There will be 38 rooms, with many overlooking the port and the Ibiza Old Town. Each Sir hotel is based on an aristocratic persona, and no doubt Sir Joan will be a sociable yachtie sort who appreciates Ibiza’s nightlife, but also hosting fun times in its own intimate spaces, which include a Japanese fine-dining restaurant. sirjoanhotel.com

Leopards, sloth bears and jungle cats are among the safari thrills for guests in these 28 luxury tents opening at the edge of Yala National Park in mid-2017. Outdoor bathrooms and private decks are perks of these chic vaulted “cocoons”, while the four secluded beachfront abodes have private plunge pools in addition to a vast free-form swimming pool. The sustainability-minded hoteliers behind Cape Weligama and Tea Trails, part of the Dilmah tea empire, also have a conservation station; guests can join resident naturalists to track high-density zones of animal movement, monitoring remote cameras and observing data collected. In partnership with the Wilderness and Wildlife Conservation Trust, they aim to improve co-existence between humans and wildlife in the Central Highlands. 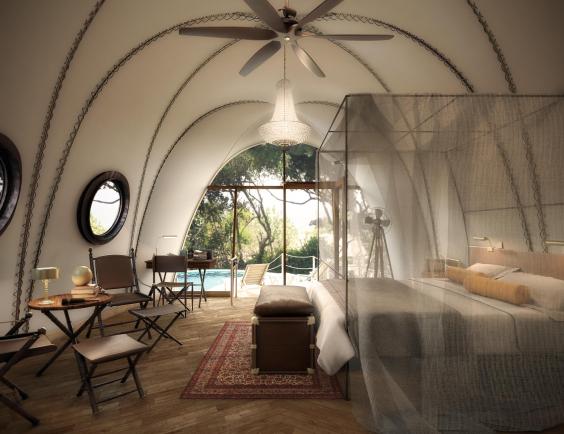 Lima’s arty neighbourhood of Barranco is set to become even more appealing with the opening of this elegant bohemian boutique hotel. This listed 1920s mansion is a rare snapshot from Peru’s Republican heyday, with the characterful building being reborn as a four-star 17-room seaside stay thanks to its well-travelled Australian hosts. Set not only in a hub that is celebrated for its galleries and charming casonas serving inspired Peruvian cuisine, Lima is considered one of South America’s most compelling food and culture capitals.

This eco-minded group of luxury wellness retreats is opening five lodges in this Buddhist Kingdom, dubbed the Happiest Place on Earth. The circuit is staggered over different altitudes of the Himalayas, spanning landscapes of blue pine forests, ancient lhakhangs (temples), snow-capped mountains and glacial rivers, promising unrivalled trekking for luxury travellers. There are stop-offs in Thimphu, Punakha, Gangtey, Bumthang and Paro, making up a total of 82 guest suites. 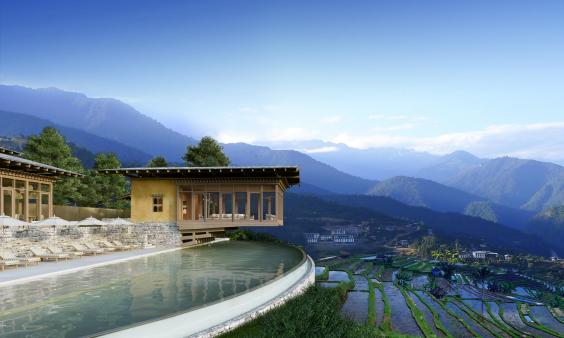 An artist’s impression of Six Senses’ lodge in Punakha

A remarkable walled village and curious woodland comprises Aman’s fourth property in China. The details of its construction are extraordinary, as the resort aims to be a living legacy of Fuzhou, a storied part of eastern China. In making this resort, 10,000 ancient aromatic camphor trees under threat from flooding were relocated here from Jiangxi. The villas too are precious; meticulously reconstructed Ming and Qing Dynasty houses, moved here from their original home hundreds of miles’ south-west of Shanghai.

Oddfellows on the Park, Manchester

Bruntwood Hall is a Victorian Gothic mansion reimagined as a glam, grown-up getaway in south Manchester’s Bruntwood Park. Hotelier Jonathan Slater, a founding director of Small Luxury Hotels of the World, hails from The Chester Grosvenor and its Michelin-starred restaurant; he believes the devil is in the detail. A nod to the park’s BMX track, there’s a chandelier made from bike chains. Its restaurant, the Galloping Major, takes its name from the historic house’s magnificently mustached horseback-riding second owner. The hotel opens in spring. 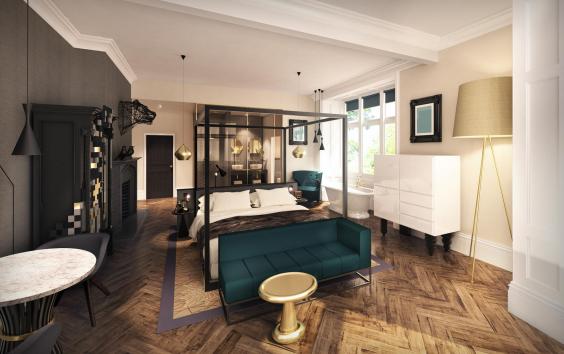 Oddfellows on the Park

Fans of Cornwall’s family-friendly coastal Watergate Bay Hotel can switch their attentions to Cumbria and when this hotel opens on the shores of the UK’s second-largest lake from August. Swimming, stand-up paddle-boarding, sailing and cycling awaits guests staying in the 40 bedrooms at this 18th-century building set in 18 acres of unspoilt parkland. There’s a dedicated Ofsted-registered kids’ space for ages 3–12, with arts and crafts, puppet shows and storytelling. The eat-the-view menu draws from the property’s vegetable patch and herb garden while a 20-metre indoor pool and treatment rooms slip you into holiday mode. Dogs are invited too.

When this light, bright nine-storey luxury hotel opens in the summer, it will be the first new five-star property to open in almost two decades in Hamburg. Designed by locally born architect Jan Störmer, the Fontenay took €100m to create, here on the banks of Lake Alster. The impressive white sculptural ceramic exterior conceals 131 spacious rooms and suites, two restaurants and a rooftop spa with river views and an inside-outside infinity pool. 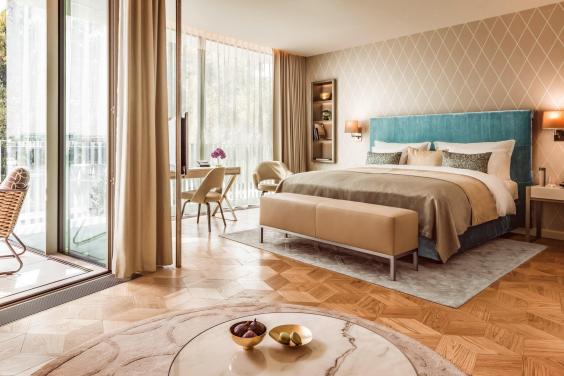 In a country which prizes its ecology – most of Costa Rica’s stunning natural environment is protected – these 21 contemporary private villas promise honeymoon-worthy adventure on the Pacific coast of the province of Guanacaste. An environmental conscience includes only eco-friendly products used throughout the resort, a plant-a-tree programme and a monthly beach cleanup for staff and guests. True to its adults-only theme, sunsets don’t get much more romantic than when viewed in panorama from a private infinity-edge saltwater plunge pool.

The President by Akaryn, Vientiane, Laos

Sidling up to the Temple of the Emerald Buddha and the palatial Parliament House, this opulent 32-suite stay in the Laotian capital is across the Mekong River from the much-loved Chau Anouvong Park. From February, this grand neo-classical hotel invites you to spend time amid the Temple of the Emerald Buddha’s saffron-robed monks and formal frangipani-scented grounds, then to retreat inside for the Ayurah Wellness spa, and chichi restaurants and bars. Be sure to book a spin in the Rolls-Royce. 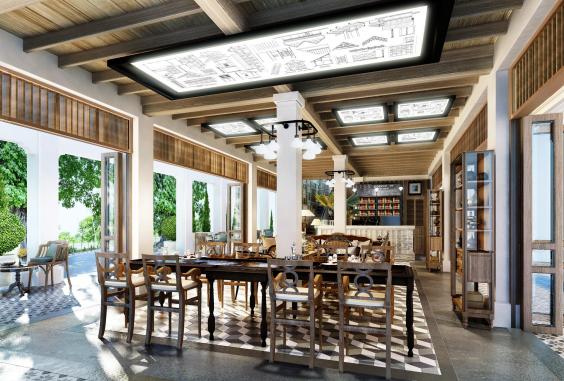 Thomas Heatherwick has worked his design magic on a historic grain store in Cape Town’s V&A Waterfront. Opening in March, the dazzling geometric-panelled reworking of what was the tallest building in Sub-Saharan Africa when it opened in 1924 will also house the Zeitz Museum of Contemporary Art Africa (MOCAA). The Silo hotel replaces what was originally the grain elevator; its six floors at the top contain 28 rooms styled by Liz Biden, the interior decorating doyenne whose Royal Portfolio includes award-winning La Residence in Franschhoek, Royal Malewane safari lodge and Birkenhead House in Hermanus.

Perched on a plateau in the foothills of the Atlas Mountains, not far from Marrakech, this pin-drop-peaceful enclave amid olive groves and groomed gardens insists you switch off from everyday life. Book into one of its six suites or 13 luxury villas in the Ouirgane Valley from spring – just as the blossom is in full flower – and take advantage of an infinity pool, an all-season tennis court, horse-riding and mountain biking. 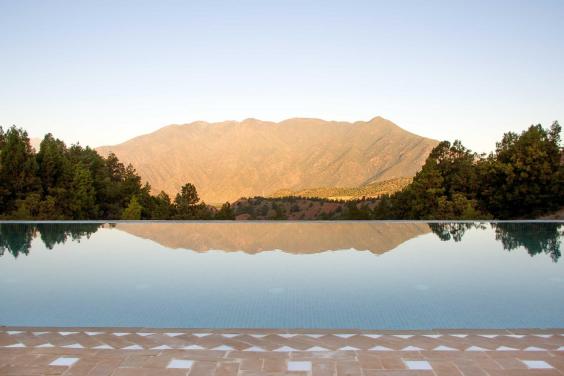 Fans of quirky abodes can enjoy safaris with a twist when Scott Dunn starts taking bookings for this charismatic escape, expected to open later this year. At the edge of the Atlantic Ocean in Southern Africa, the Skeleton Coast is a swathe of the Namib Desert famous for its shipwrecks. Inspired by this dramatic backstory, each of the lodge’s 12 bunk-ups set designed to appear like an ill-fated boat washed up amid the sand dunes – which promises to be fun for families of all ages.

This 230-year-old fortress opens in March in Rajasthan’s Aravalli Hills after seven years of restoration work to its Jaipur gharana-inspired architecture, preserving handsome turrets, heavy stone walls and jaali-screened arched windows. Three hours’ drive from Delhi, the 59-suite boutique-style resort boasts a banquet hall, a cigar lounge and a remarkable spa space carved from the granite-rock dungeons. Sustainability is this fort’s forte, with the chance to visit local farms, carpet weavers, and a village school, since the hotel prides itself on its community projects. 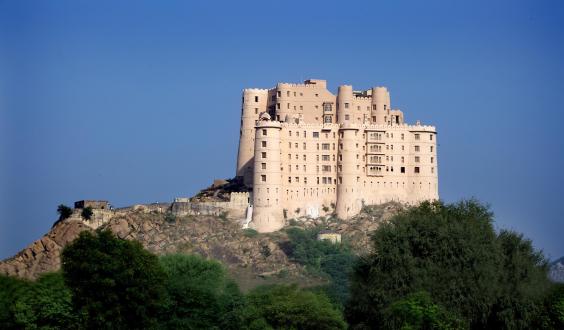 The innovatively designed Saffire Freycinet caused a stir when it opened on Tasmania in 2010, and so it’s exciting to know it has a sister property launching in June on the waterfront of the state capital. A high-end hotel on MacQuarie Wharf in the heart of Hobart, a ferry ride from Mona (Museum of Old and New Art), MACq 01 will tell the story of Tasmania’s history through its 114 rooms, which each reference a local character from its first people, inventors and explorers to convicts and heroes.

Arundel is the location for the new outpost from this boutique chainette, and where we will soon be able to trough some of their honest British garden food. Robin Hutson’s Home Grown Hotels has acquired a new country house to style into a relaxing weekend-away formula. No doubt when it opens later in the year, we can expect it to be old-fashioned in all the right ways, with cutesy curios, a menu bursting with homegrown ingredients, and service that’s warm and friendly.