A giant Cornish pasty was cooked up for Jürgen Klopp at Home Park but thankfully for the Liverpool manager, Lucas Leiva ensured his team did not make too much of a meal of their FA Cup tie.

The local delicacy, delivered courtesy of club sponsors Ginsters, was waiting for Klopp in a makeshift media centre to mark his 293-mile journey from Anfield for this third-round replay.

But the generosity was not reciprocated by Klopp and his players, particularly his skipper Lucas, who scored his first goal in seven years as the Premier League side finally overcome obdurate opponents who forced a goalless draw at Anfield in their first meeting. 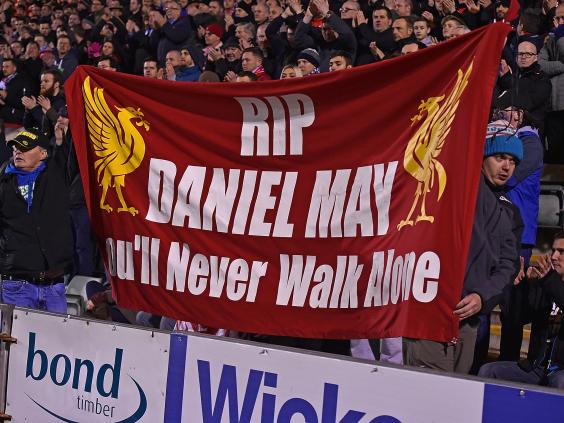 Liverpool’s support unfurled a banner to commemorate Daniel May, who passed away while his father attended the Anfield tie (Getty)

Liverpool had never lost an FA Cup tie to fourth-tier opponents and to guard against carving himself a piece of unwanted history, Klopp handed Philippe Coutinho a starting slot for the first time since he was injured in a 2-0 win over Sunderland in November.

The decision was rewarded in the 18th minute when Coutinho, easing his way back to full fitness in midfield, sent over a near-post corner that Brazilian compatriot, Lucas evaded his marker and rose to powerfully nod past Luke McCormack.

It might have been a straightforward goal but Lucas, playing at centre-half, jumped for joy and who could blame him because it was his first goal since he scored in a Europa League tie against Steaua Bucharest in September 2010. 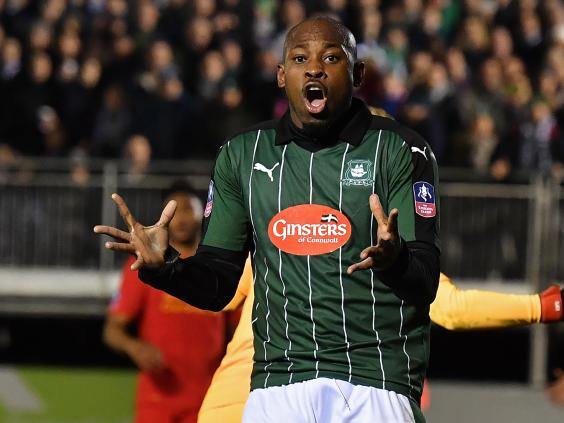 Roared on by exuberant supporters, Derek Adams’ League Two outfit rallied and Lucas and his fellow defenders found themselves on the back foot.

Argyle manager Derek Adams had gone into the game without striker David Goodwillie after a civil court judge ruled that he and former Dundee United teammate David Robertson raped a woman.

It was only thanks to a fine Loris Karius save that Klopp’s team remained ahead at half-time as he tipped away a long-range efforts by Graham Carey.

Trent Alexander-Arnold’s then came to his side’s rescue when his intervention denied Paul Garita following Oscar Threlkeld’s delicious cross into the goalmouth. 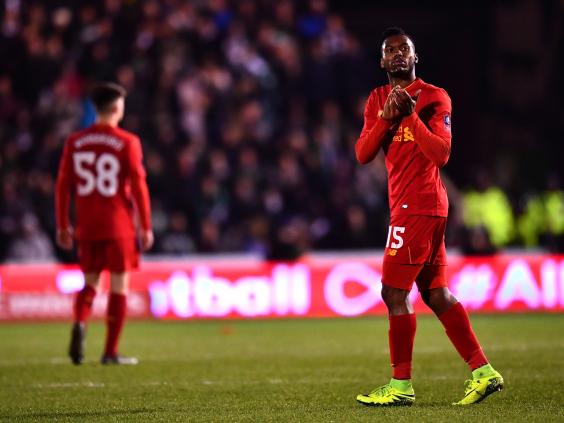 Adams’ team started where they left off after the break but Karius dealt comfortably with David Fox’s low drive before Lucas and fellow centre-half Joe Gomez raised local spirits as they struggled to cope the home side’s direct approach.

Liverpool striker Daniel Sturridge could have ensured clear water was put between the two sides in Ocean City but he went for goal from a tight angle when he should have tried to pick out Ben Woodburn.

That poor judgement would have been a concern to Klopp and so too would be the weak goalkeeping by Karius whose vulnerability at crosses was exposed by Garita. The summer signing from Mainz fumbled a cross, almost presenting a clear cut chance to Garita, but he was reprieved by referee Graham Scott’s whistle.

Argyle were hanging in there and still threatened, but Klopp nevertheless saw fit to withdraw Coutinho in favour of the club’s Under-23s captain Harry Wilson, who made his senior debut.

Wilson, who is already a Wales international, almost doubled his team’s lead when he charged down McCormick’s attempted clearance but the ball floated just over. 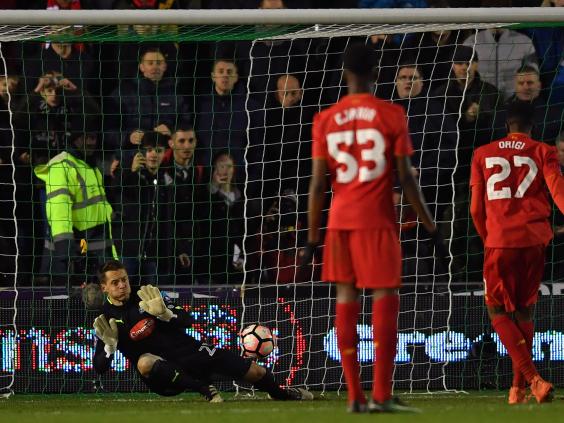 McCormack redeemed himself with a smart save to deny Divock Origi but, at the other end, Karius continued to flap under pressure.

Those jitters proved contagious and Jake Jervis almost equalised in spectacular fashion but his acrobatic volley clipped a post after Craig Tanner had beaten Gomez to head a free-kick across goal.

Origi had the chance to put the tie to bed from the penalty spot late on, after Yann Songo’o had felled Alberto Moreno, but he was denied by McCormick’s low save.

Liverpool were certainly given a good run for their money but can now look forward to fourth-round tie at home with Wolverhampton Wanderers a week on Saturday with their hopes of winning the FA Cup for the eighth time very much alive.