As the five-day event nears its sartorial climax, designers continue to flood the runways with seriously top-notch garb. Three days in and this season has been one of the most consistent yet as the fashion set revel in a series of unswervingly striking looks. It saw the likes of Anya Hindmarch, Roland Mouret, TOGA and Topshop offer an insight into more of what you might be wearing come winter.

Always one for an elaborate set, this season was staged upon a faceted ski slope as Anya Hindmarch looked to Old Norse folklore and “romanticised notions of winter and wanderlust”.

A high-fashion alpine fantasy, models descended the runway in cable-knits and shiny bloomers worn underneath boxy jackets that came panelled in shearling and applique motifs in cut leather.

Of course, Hindmarch is best known for her idiosyncratic luxury accessories of which there were plenty of. From clean, lightweight bucket bags to backpacks and satchels, these carryalls came loaded with leather love hearts, dragonflies and paper chain handles.

A far cry from last season¹s ode to high-octane 80s glamour, this time round Topshop Unique laced the hedonistic music scene of the 90s with euphoric freedom and intrepid travel.

From zip-up sports tops, reverse hoodies and deck chair-striped wide legged trousers to trippy floral prints and fluid silk gowns there really was something for everyone. 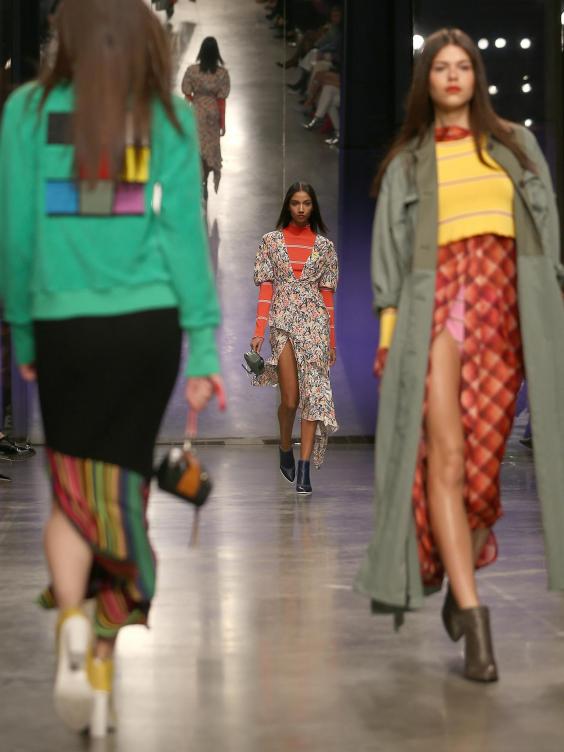 For the girlish, tea dresses and blouses were the go-to party option while oversized sleeve sweats instilled a more fashion-forward, blasé edge.

As always, Topshop presented a collection which gestures to good-old British trappings but for autumn-winter they were paired with a more cultural and euphoric nomadic vibe.

A room erected with paint-splattered walls set the scene for Thea Bregazzi and Just Thornton¹s autumnal offering, inferring an artful take on their habitual gothic romanticism and, that¹s exactly what we got. 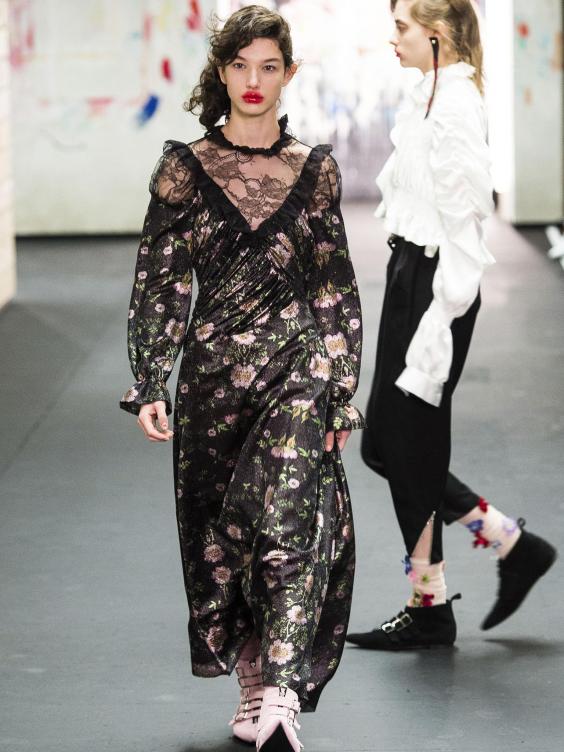 A New Romantic vibe ala Adam Ant hit the runway with stark white ruched shirts paired with boxy black tailoring, studded belts and suede winkle pinker boots. Not to mention the smeared bright red lipstick that looked as though the models had been disrupted mid-smooch backstage.

Once again, Mulberry looked to the history and culture of Great Britain as its muse but for his third collection since joining the brand in 2015, creative director Johnny Coca elevated traditional country pursuits with a sense of the here and now.

Looking to the British aristocracy, influences could be seen in equestrian-tinged styles, hunting gear, wallpaper florals and Edwardian Embroideries. 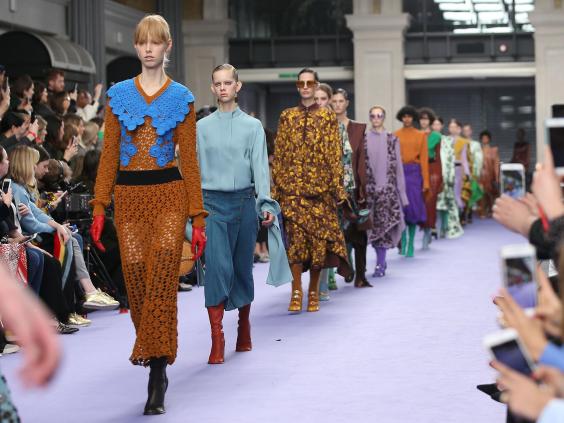 Best known for its bags, Mulberry also introduced a handful of new styles this season. The Amberley – a top-handle saddle bag – a quilted version of the Bayswater and the Trunch Back ­ a round, croc-embossed carryall inspired by antique luggage.