Two women have pleaded not guilty to murdering Kim Jong-nam, the half-brother of North Korea’s leader, as their trial in Malaysia got under way.

The brazen nature of his killing, using the highly toxic VX nerve agent as he waited for a flight at Kuala Lumpur airport in February, shocked the world.

Vietnamese Doan Thi Huong, 29, and Indonesian Siti Aisyah, 25, are accused of rubbing the chemical onto his face.

The pair say, tricked by North Korean agents, they thought it was a TV prank.

Pyongyang has denied any involvement in the killing, but Malaysian authorities maintain that four North Korean men, believed to be spies involved in the murder, fled Malaysia the same day.

The incident led to a bitter diplomatic row and strained the once cordial tiesbetween North Korea and Malaysia, which expelled each other’s ambassadors.

What happened at court?

The trial has been eight months in the making and the two women are the only suspects actually charged with the murder of Kim Jong-nam.

With their heads bowed and wearing handcuffs and bullet-proof vests, the women walked past a horde of journalists gathered outside the court in Shah Alam, outside of Kuala Lumpur, reported the AFP news agency.

After the charges were read to them in court in Indonesian and Vietnamese, the two women entered their pleas through interpreters.

If found guilty, the women face the death penalty. Their defence lawyers are likely to argue that the real culprits are North Korean agents, who left Malaysia.

Why was the murder so shocking?

The murder is notable for its sheer audacity, taking place as it did mid-morning in full view of all the security cameras at Kuala Lumpur’s airport.

On 13 February the two women were seen threading through crowds of people and accosting Mr Kim, before rubbing their hands on his face. 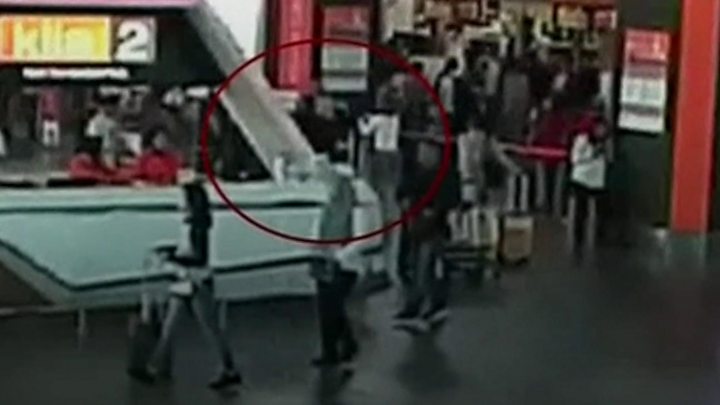 Then there was the speed with which Mr Kim died. Immediately after the attack he sought help from airport staff, who led him to a clinic, but he collapsed and died just minutes later.

After an autopsy, Malaysian authorities announced he was killed by VX, a toxin so lethal that it is classified as a weapon of mass destruction by the United Nations.

Are these two women the only ones involved?

No. Malaysia previously named several North Koreans, who fled the country shortly after the killing, in connection to the case.

The two women, who were arrested days after the killing, have insisted that they were tricked by North Koreans into taking part in what they thought was a TV prank.

Prosecutors on Monday listed four other people on their charge sheet and described them as having a common intention to kill Mr Kim.

But Malaysian authorities also allowed three North Koreans suspected of involvement to leave the country in March in return for North Korea releasing nine Malaysian diplomats and their families.

What does the case tell us about North Korea?

Mr Kim, who was in his mid-40s, was the estranged older half-brother of North Korean leader Kim Jong-un.

At the time of his death, he was believed to have been living in self-imposed exile in Macau and was thought to have had some links to China.

Some believe he was killed because he was seen as a potential leader-in-waiting, and therefore a threat to his younger brother, but many analysts have dismissed this.

As with much concerning North Korea, the real motivations behind Mr Kim’s murder are likely to remain unclear.