I’m sitting right in a Caribbean cliché. An Instagram sunset settling over a postcard-perfect villa. The temperature a balmy 28C. Condensation dripping on a cold beer as I dangle my feet in a turquoise pool. Crickets sawing their violins in the trees. But my cliché has an added bonus – the cost of the trip. There isn’t one.

That’s because I’m staying in Barbados with TrustedHousesitters, a website that sets up travellers in the houses of locals in 140 countries around the world, while the residents are off on their own hols.

It’s like Airbnb, except that in return for looking after the absent owners’ pets – in this case, three dogs, Tarka, Mouse and Soca – your stay is completely free. For Londoners in shoe-box flats who yearningly stalk dog memes, it’s a dream way to indulge the fantasy while holidaying on the cheap.

It also turns out to be a great way of travelling solo. Any sense of late-night loneliness disappears when a snuffling dog plods over to nuzzle up.

After the dogs’ owners Will and Henry Oakley have vetted me via Skype, I arrive at their villa on Barbados’s west coast, down steep roads surrounded by stalky, heat-weathered fields. It’s lazily quiet – until I open the gates. Rather than the forced cheer of an obsequious receptionist, my welcome party is the hyperactive Soca (the joyful Caribbean calypso music that makes even the most cynical wiggle a hip), an 11-week-old black labrador. 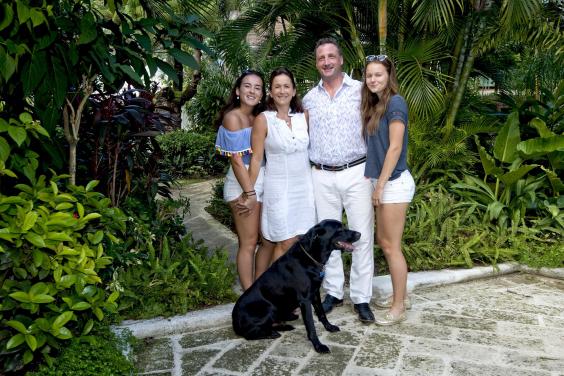 She’s followed almost as forcefully by her mother, Tarka, a rescue dog. Mouse, the third dog and also rescued, hangs back. I’ve been warned that having been abused, she’s shy to begin with (one highlight of my holiday is when she voluntarily sidles up to me one evening and licks my hand). A dogs’ greeting is like the welcome of tipsy friends at a house party – theatrically besides themselves to see you. Any reservations about travelling alone disappear.

It helps that the villa itself is fantastic, with a swimming pool and a bar made of real coral. At dusk, green monkeys thud across the roof like an outtake from Planet Earth.

And it turns out there’s no need for walkies, as the Oakleys’ grounds are big enough, and the weather muggy enough, that the dogs get the little exercise they require without leaving the compound. While Soca makes no bones about reminding me of my duty to fling about squeaky toys with her, the others spend their days basking contentedly in the Barbados heat. 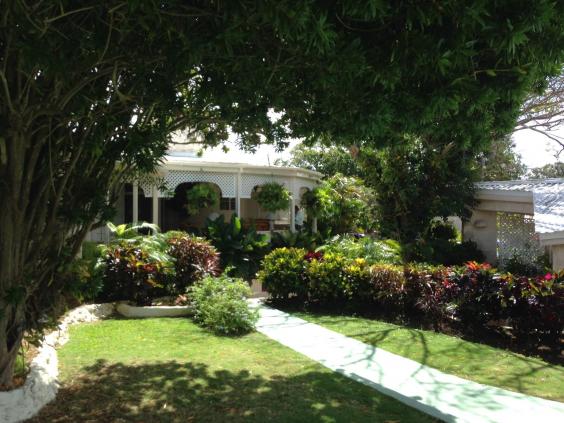 The Oakleys’ house, as viewed from the garden

As do I. Looking after animals makes you feel like a proper local, rather than a schedule-driven tourist. Were I staying in a beach resort, I would feel obliged to do watersports, see sights – and feel I was missing something if I didn’t get out and about. Whereas sitting on a vast veranda in the early evening with a local Banks beer, the rain trickling meditatively through the mini rainforest garden while a puppy wriggles at your feet, chewing a toy hamburger – that’s a holiday. 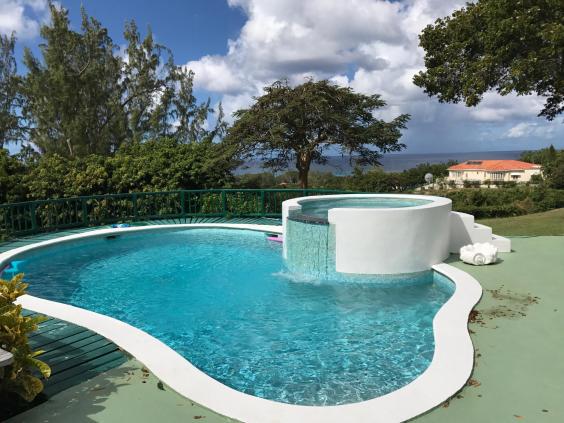 Eventually, I drag myself away from my new furry family to explore. The Oakley villa is just a 10-minute walk from the beach and like many TrustedHousesitters hosts, they’ve offered me the use of their car. But as an Underground-reliant Londoner I opt for public transport. A $2 (80p) bus ticket gets me to nearby Speightstown in minutes.

At Juma’s, sun loungers are free if you buy one of their decent $15 (£6) rotis; another time, I sample Bajan fish cakes from a petrol station – deep-fried, spicy crack. On a Sunday, there’s live music at Mullin’s beach bar; one evening I pull my best Hemingway over a solitary, reflective and eye-wateringly strong pineapple and white rum at the chic Lone Star. 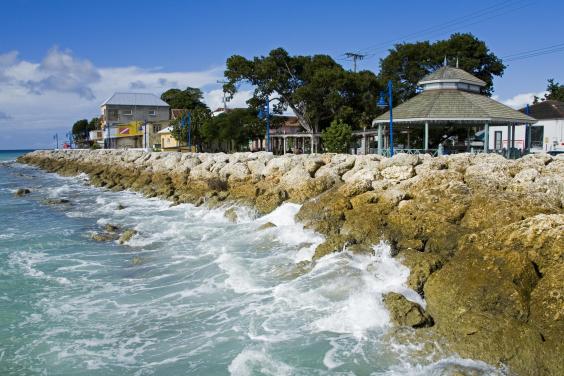 There are beach bars aplenty in Speightstown (Getty)

Solo drinking is rare, however. Everyone, everywhere, is exceptionally friendly. Sit down alone at JuJu’s, a short bus journey from the house, and you’ll be immediately locked into conversation. Days before the US election, there was only one topic of discussion; within seconds, Banks beers were being bought and my quick drink turned into a two-hour debate. The sun-and rum-induced gregariousness of Bajan drinkers is hard to shun.

One day I visit the island’s wildlife reserve, a humid jungle where at feeding time, monkeys clamber over the backs of ancient giant tortoises to scoff fruit and plants left by reserve keepers. But neither monkey nor tortoise has the hysterical enthusiasm of my furry beasts. No one, human or animal, has ever greeted me so lovingly as when I return home. It’s quite the ego trip.

There is the odd hairy moment. While the older dogs are house-trained, Soca needs to be reminded to go in the garden; engrossed in a book one night (nothing like solo travelling to get through the tomes weighing down your suitcase), I forget, with messy consequences.

Another morning, Tarka doesn’t appear to knock me off my feet at breakfast. I discover her outside the gates to the house. She’s clearly been there all night. Prickles of panic grip my skull. I work out that when trying to turn the lights off the previous evening, I had accidentally opened and closed the gate, the dog slipping out in between. Terrifying – but ultimately fine, and my panic nothing that can’t be solved by cracking open a 9am Banks (I’m on my own, who’s judging?) 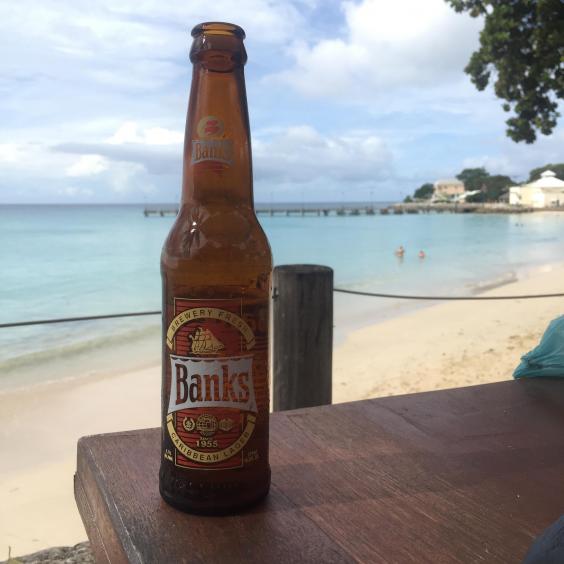 On the fourth day, I leave the dogs in the care of Angela, a TrustedHousesitter of 10 years who sold her house in 2015 to live and work around the world on house-sits. As I crouch down to say goodbye to Soca – her mouth full of squeaky burger – I wonder how Angela can bear to say goodbye to her adopted pets each time.

Soca jumps up once, then turns and trots away to her rubber toys and dog treats, having clearly forgotten me already. Charming.