The Government has been accused of “conning” MPs into backing their plans for Brexit without offering them a meaningful vote on any deal to leave the European Union.

Tory rebels and Labour had been due to gang up in Parliament tonight in an attempt to force ministers to give MPs the power to send Theresa May back to the negotiating table if she fails to secure a good deal.

The move was enough to stop wider scale backing for a Labour amendment calling for parliamentary approval of any new relationship with the EU.

But critics have suggested that parliament had been “duped” by the apparent concession.

The Prime Minister’s spokesperson confirmed to journalists at an official briefing that the Government had in fact not changed its position and was only offering a “take-it-or-leave-it” vote. The rejection of any deal at that stage would see the UK crash out of the EU and make it subject to World Trade Organisation rules – making it of no meaningful use to opponents of hard Brexit.

Labour MP Angela Eagle described the promised vote as a “Hobson’s choice not a proper choice” – a reference to Thomas Hobson, a 17th century stable owner who offered customers the choice of one horse or none at all.

EU-supporting MPs from across the opposition parties criticised the Government’s offer.

“The Government’s so-called ‘concession’ falls short of giving Parliament a meaningful vote,” said Labour MP Chris Leslie, who had brought the amendment asking for a meaningful vote on the terms of the Brexit deal.

“Ministers have failed to produce a new amendment, so their commitment will not be binding. The Minister refused to give Parliament the option to reject the deal and tell the Government to go back to negotiate a better one.”

Green MP Caroline Lucas, co-leader of the Green Party said: “MPs must not be duped by the Government’s attempt to quell unrest on their backbenches.

“The vote they’re offering – which will give MPs a choice between an extreme Brexit and falling off a cliff edge into WTO trade rules – isn’t a concession, it’s an ultimatum. 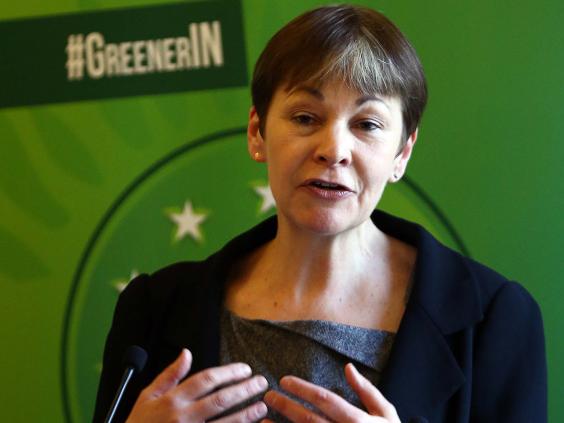 “Parliament should have a real voice on the terms of Brexit – not a symbolic handout from a Government trying to railroad their extreme Brexit through the House of Commons.”

Tom Brake, a Liberal Democrat MP, said the proposal was “not so much a concession as a con”, adding:  “A choice between a bad deal and no deal is no choice at all.”

Conservative Nicky Morgan, the former Education Secretary, tweeted that the Government “did make a concession but for No 10 to then brief there was no change & Minister to undermine it makes no sense”.

Labour voted for the amendment but not before hailing the vote ‘conceded’ by ministers “a significant victory” for Parliament and an “eleventh hour concession”.

MPs have been debating Brexit until the midnight hours for the past week during the passage of the Government’s Article 50 Bill. On Wednesday the House of Commons will face a vote on the rights of EU nationals living in the UK, which has been a point of contention with many MPs from both sides of the House calling for the Prime Minister to guarantee the rights of EU citizens living in the UK before any reciprocal deal is reached on British people living in the rest of the Europe.

Assuming the Government wins the vote, the bill, which gives the Government the power to trigger Article 50, which would start Brexit negotiations, will pass to the House of Lords without any opposition amendments having been accepted.

The Prime Minister has said she wants to invoke the treaty clause by the end of March this year.

As MPs debated in Westminster, the Scottish Parliament in Edinburgh voted against triggering withdrawal talks.

The assembly in Holyrood voted by 90 to 34 for a motion from the Scottish Government saying the European Union (Notification of Withdrawal) Bill should not proceed.