EasyJet has asked for any passengers who may have been misled by staff to get in touch, after an incident last week in which a London couple were ordered to leave an overbooked plane at Luton airport, with the airline then breaking the rules on care and compensation.

The couple are Manoj, a 38-year-old IT consultant, and Viddha, 35, a teacher. They have asked for their last names to be withheld. As The Independent reported, staff at Britain’s biggest budget airline told them to leave the aircraft even though they had confirmed tickets on the flight to Catania in Sicily.

The airline had overbooked the flight, selling 158 tickets for a 156-seat Airbus A319. The couple were pre-selected to be denied boarding if all the passengers turned up.

They were allowed on the plane just before it was due to depart, but were then ordered off because of what easyJet called a “boarding pass discrepancy issue”.

Manoj said: “We were asked to offload in front of a packed plane. The only difference between us and the chap involved with United Airlines is that we weren’t physically dragged off.”

At that point easyJet should have handed the couple a printed statement of their rights; rebooked them on a rival airline to Rome or Milan that evening; organised a hotel at the Italian airport; and booked an onward connection the following morning to their destination.

Instead, Manoj and Viddha were advised they would have to wait four days until the next departure from Luton to Catania, and were told to go home. Because their holiday was only six days in total, they abandoned the trip.

The airline was also obliged to pay them €400 (£350) each in statutory compensation on the spot.

0:00
/
0:33
United Airlines passenger is dragged off plane because airline overbooked

European passengers’ rights rules stipulate: “If boarding is denied to passengers against their will, the operating air carrier shall immediately compensate them.” The payment must be made “in cash, by electronic bank transfer, bank orders or bank cheques.”

But even though the couple spoke to six different easyJet customer-service agents over the ensuing two hours, none of the staff mentioned the compensation to which they were entitled.

The couple were also sent an email by easyJet about a refund of the ticket cost and related expenses, which nowhere mentions the compensation due. Manoj and Viddha found out about their entitlement only when they contacted The Independent. 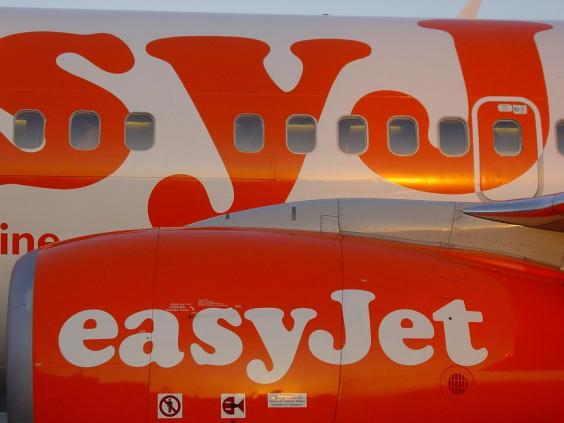 EasyJet is based at London Luton Airport (Simon Calder)

The airline has now said: “Additional training will be provided as a matter of urgency to all call centre agents. The agents involved will be retrained and if any customer feels that we have not handled their claim appropriately, they should get in contact with us so we can look into it.”

The Independent has learned that the couple were chosen for offloading because they were the last to check in online. The airline allows all passengers to check in 30 days ahead; Manoj and Viddha did so the day before departure. An easyJet spokesperson said: “The earlier a passenger checks in the less likely it is they would be selected.”

The couple have also revealed that easyJet allowed passengers who had arrived at the gate way beyond the stipulated deadline to board ahead of them.

Boarding passes specify that the gate will close 30 minutes before departure. But Manoj said “about six” passengers arrived less than 10 minutes before the plane was due to go. He added: “I can promise you they were not asked whether they would consider an alternative flight as the ground staff just shouted for them to hurry up.”

The events unfolded in the terminal adjacent to easyJet’s headquarters at Luton airport. But despite repeated requests by the couple to escalate the issue, they were told they could communicate only with a South African call centre, and that no duty manager was available.

A leading aviation figure, speaking on condition of anonymity, said: “If this had happened in some far-flung Mediterranean airport, it might have been understandable. But it took place on easyJet’s doorstep, which must raise questions about how the airline runs its overbooking policy.”

In a statement, easyJet said: “We are very sorry about the situation that the couple experienced.”