All girls aged between 12 and 13 are offered the HPV vaccination on the NHS.

The vaccine predominantly protects against cervical cancer and is offered to girls in year eight at schools across the UK, however, it is currently not offered to boys – despite the fact that males can carry the virus which can cause cancer in them as well as spread to females through sexual contact. The reason is it offered to young girls is to protect them before they become sexually active.

Dr Christian Jessen, best known from the television show Embarrassing Bodies, is now calling for boys to become privately vaccinated too and has teamed up with Boots to offer both men and women the chance to be vaccinated across 68 of their UK stores.

Dr Jessen told The Independent the fact that boys are not vaccinated is actually at odds with the way most healthcare systems around the world attempt to combat HPV. The NHS currently only offers the injection to girls.

“Many other countries vaccinate both girls and boys at age 12-13 old years, however in the UK the NHS have to prioritise due to budget restraints, meaning that initially, they have targeted girls aged 12-13 years old, as well as other at-risk groups such a homosexual men.

“In order to further reduce the transmission of the HPV virus, it’s important that both girls and boys are vaccinated. This is an important topic and one that is part of an ongoing debate with campaigns for boys to be vaccinated underway right now.”

HPV is very easily transmitted, a person does not have to have full penetrative sex in order to catch the virus, close skin to skin or sexual contact with someone carrying it is enough.

“The virus lives on the skin in and around the genital area and can be spread even if you don’t have full, penetrative sex. In most cases, HPV infections do not cause symptoms and resolve without treatment thanks to the immune system clearing the virus, but in some cases, cells in the body change and become cancerous, which can lead to some types of cancer,” Dr Jessen explains.

It is thought that one in three people in the UK are currently infected with HPV, although Dr Jessen suggests the figure could be higher. Last week, a study revealed almost half (42 per cent) of American adults carry HPV leading researchers in the country to urge parents to get their children vaccinated. 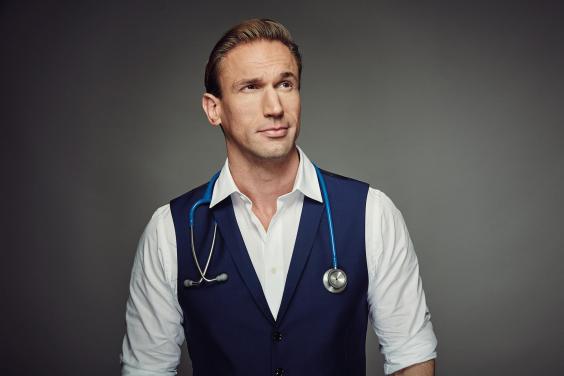 “I encourage parents to consider getting their sons and daughters vaccinated prior to them being sexually active to help prevent the spread of the virus,” Dr Jessen said. “As boys are at risk as soon as they become sexually active, the best time to vaccinate is naturally before the onset of any sexual activity. This too is in line with the NHS programme for girls and other immunisation programmes for boys in other countries like Australia, where boys have been vaccinated since 2013.”

In 99 per cent of cases, cervical cancer is caused by HPV. In 2014, there were 3,224 cases of the cancer in the UK and 890 deaths as a result of the cancer, according to Cancer Research UK. If almost all the cases of cervical cancer could be prevented by a vaccine then is it not time that men (who can pass the virus onto women) are vaccinated as boys?

“We know that pretty much all cervical cancer is caused by HPV, by vaccinating boys as well as girls we should see a dramatic reduction in cervical cancer, if not eradicate it completely. That being said, I recommend my patients are vaccinated at any age, as this will always offer some degree of protection,” Dr Jessen says.

Jeff Brazier, the former partner of television star Jade Goody who lost her life to cervical cancer aged 27, is also backing the scheme saying he would want his two sons he had with Goody to be vaccinated.

“It’s been nearly ten years since my sons lost their mother to a HPV related cancer, meaning as a family we know first-hand how heart-breaking the consequences of HPV can be. Although awareness of female HPV-related diseases is relatively high, many parents don’t realise how HPV-related conditions and cancers can affect boys as well as girls. It’s essential that parents are fully educated on this and realise there are options for protecting their sons as well as daughters – it’s particularly important to me as my boys are now coming up to the age when if they were girls they would be vaccinated under the NHS HPV vaccination programme.”