A post on an online forum appeared to predict the terror attack at Westminster, according to internet users.

At least one man ran over members of the public with a car before trying to stab and injure police officers. He was shot by armed police next to the Houses of Parliament.

The attack may have been flagged by a post on the 4chan forum, which contained references to its exact location. It also contained a photo, taken from the internet, of two guns. 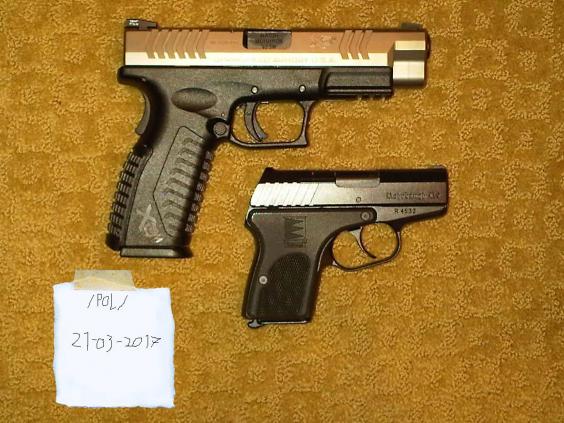 It isn’t known that the post was anything to do with the attacker, and it made no explicit reference to the date or nature of the incident. But many internet users are pointing out the chilling coincidence of the two events.

The reference to the location was posted through a strange code. Alongside the picture, the user posted a series of dashes and dots – when translated into Morse code, they pointed to a URL, and at that page was the exact co-ordinates for the attack.

Those co-ordinates pointed to Westminster Bridge, which the attacker drove over. Specifically, they are located at the side where Parliament is located, which is where the shooting took place.

The post went live on the afternoon of 21 March, almost exactly 24 hours before the attack. It featured a note written on paint that included that date, making clear that it had been posted to 4chan’s “Politically Incorrect” board.

One user followed the code and posted “Big Ben?”, just minutes after it went online.