“I want to see the Arno,” cried Lucy. “The rooms the Signora promised us in her letter would have looked over the Arno.”

The world has changed since EM Forster’s Lucy Honeychurch and Miss Bartlett feared they were to be disappointed of their “room with a view”. In 2014 a survey reported that free wi-fi mattered more to hotel guests than the view from the window. Not to readers of The Good Hotel Guide, who extol the landscapes, seascapes – even starscapes – they have seen from the hotels on these islands. Below follows the guide’s 2016 Editor’s Choice of the best hotels with scenic views. Oh, and they all have free wi-fi. 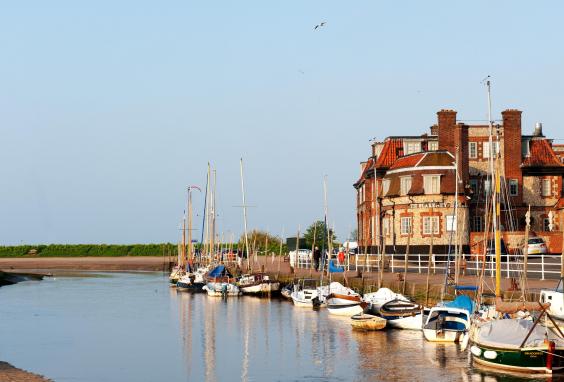 Jack Higgins stayed at this quayside hotel on the dramatic North Norfolk coast when researching The Eagle Has Landed (1975); the vista must have been inspiring. Now owned by the Stannard family, the hotel looks out over the estuary and salt marshes to Blakeney Point, a designated Area of Outstanding Natural Beauty. Panoramic views from the restaurant, bar and terrace are shared by many of the 60 stylish bedrooms – some with balconies. Doubles £85-£150 per person, set dinner £29 (01263 740797,blakeney-hotel.co.uk). 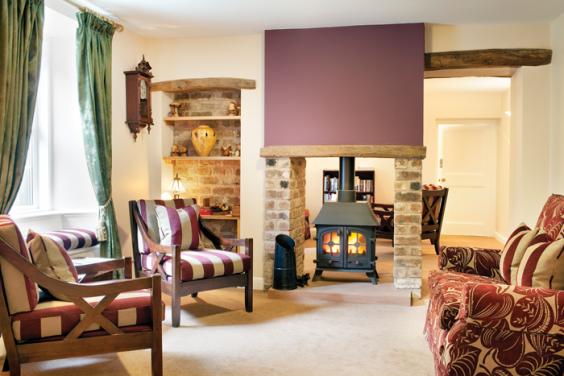 The Cottage in the Wood

The Cottage in the Wood, Braithwaite, Cumbria

The “wood” is Whinlatter, England’s only true mountain forest, the “cottage” a 17th-century coaching inn owned and run by Kath and Liam Berney as a welcoming restaurant with rooms. The nine bedrooms are contemporary in style – Oak and Ash with particularly fine views across the valley to the Skiddaw mountain range. There are mountain and garden views, also, from the conservatory dining room. Doubles £110-£205, lunch (Thu-Sat £25), dinner £50 (017687 78409, thecottageinthewood.co.uk). 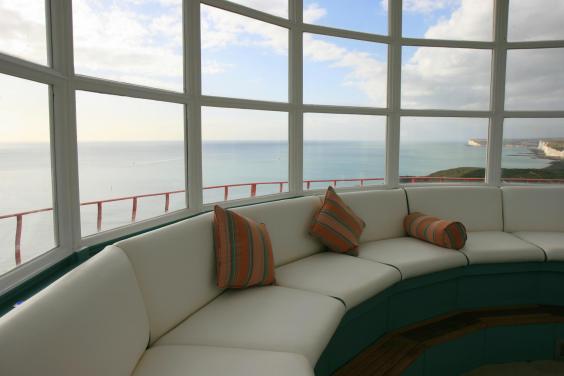 This 19th-century lighthouse was teetering on the brink in 1999 when it was moved from the cliff edge. It has been a tea room, suffered wartime bombing and starred in the BBC’s The Life and Loves of a She Devil, but today it is run as a unique B&B. From the lantern room there are 360-degree views of the Channel, countryside and the Seven Sisters chalk cliffs. The nine bedrooms vary in size. The circular Lighthouse Keeper’s bunk room, with brick walls and fireplace, is reached by a ladder. In Captain’s Cabin there is plenty of room to swing a cat. Doubles £155-£225, minimum two nights (01323 423185, belletout.co.uk). 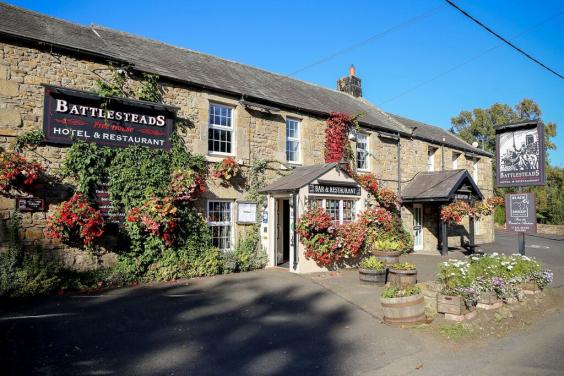 In the village of Wark on the edge of the Northumberland National Park, this 18th-century former farmhouse is owned and run by Dee and Richard Slade as a pub, hotel and restaurant with walled garden and admirable green credentials. The 22 bedrooms are contemporary in style. Hadrian’s Wall and the moors are nearby, but the truly stunning view is above you – seen from Battlesteads’ Dark Sky Observatory. Doubles £115-£145, à la carte £27.50 (01434 230209, battlesteads.com). 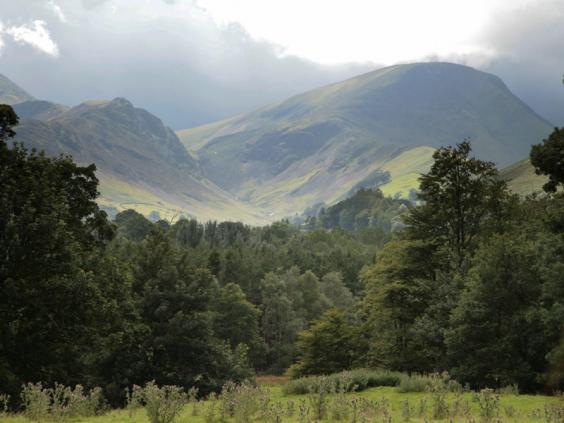 There are spectacular views from every one of the seven bedrooms at Mike and Kath Bilton’s small Georgian country house hotel – of Cat Bells and Causey Pike, or to the mountains of Skiddaw and Blencathra. This is pure Lake Poets countryside: close by is Derwentwater and the market town of Keswick, surrounded by fells compared by Charles Lamb to “great floundering bears and monsters… all couchant and asleep.” Doubles, D,B&B £99-£114 per person ; B&B on request (017687 72948, swinsidelodge-hotel.co.uk). 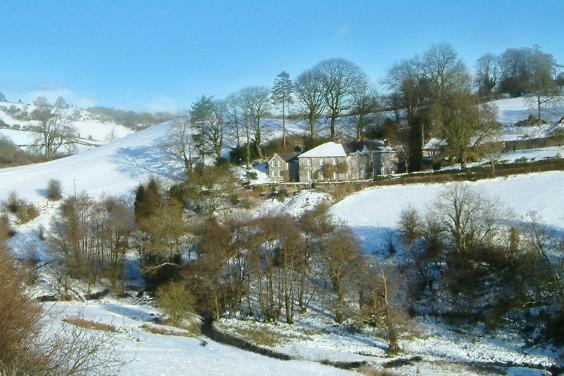 Close to the ancient border town of Oswestry, Miles and Audrey Hunter’s former rectory stands amid the beautiful, rolling Shropshire countryside immortalised by Mary Webb. There are 12 rooms, four in the coach house with private patio opening onto the gardens. Most have lovely views of garden and valley. The dining-room faces southwest. Wales is just across the river. Rooms£66-£97 per person , dinner £40 (01691 653700, peny.co.uk). 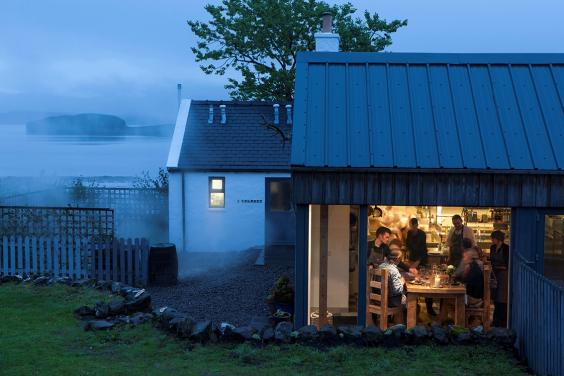 The Three Chimneys and House Over By, Dunvegan, Highlands

Eddie and Shirley Spear have been 30 years at the helm of this Michelin-starred restaurant with rooms in a remote location across the sea loch from Dunvegan Castle, ancient ancestral home of the chiefs of Clan MacLeod. There are six pristine ground-floor suites in the building next door, each with a loch view. A telescope is provided to watch sea birds and frolicking dolphins. Doubles from £345, set dinner £65-£90 (01470 511258,threechimneys.co.uk). 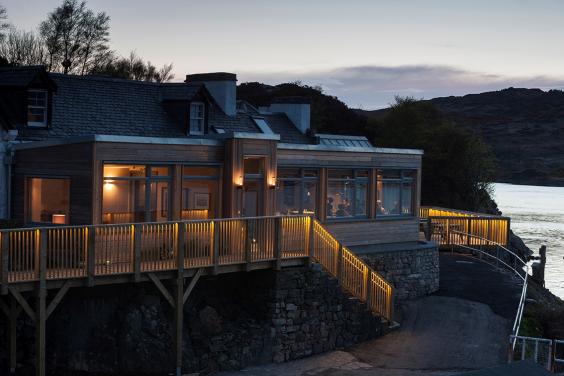 Tanja Lister and Sonia Virechauveix’s 17th-century former coaching inn stands by the old ferry slipway, still used by creel fishermen, on Loch Glendhu, against a backdrop of mountains. There are waterfront views from the light and airy bar. Seven of the 11 immaculate bedrooms (four in annexe) face the loch. Go bird-watching, seal-spotting, fishing, or sit by a window in the bar and let the wildlife come to you. Doubles £100-£140, à la carte £25 (01971 502231, kyleskuhotel.co.uk). 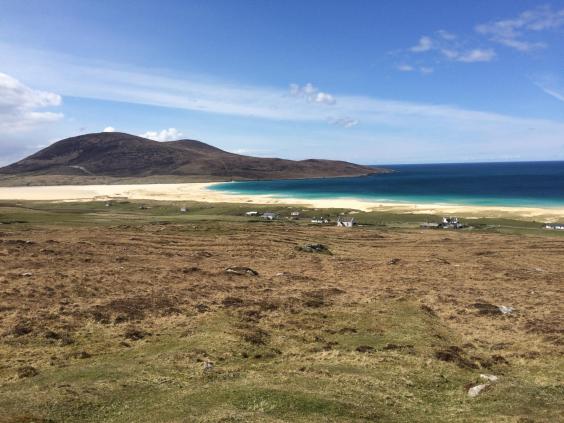 Another lovely, far flung Scottish hotel, Tim and Patricia Martin’s whitewashed Georgian former manse has cosy interiors, with vistas of mountains, the Atlantic and a three-mile sandy beach. There are three bedrooms and three suites, all with sea views. Write a postcard at the table in the window of the first-floor drawing room, and gaze out at the ocean. Doubles £2150-£240, dinner £43.50-£51 (01859 550238, scaristahouse.com). 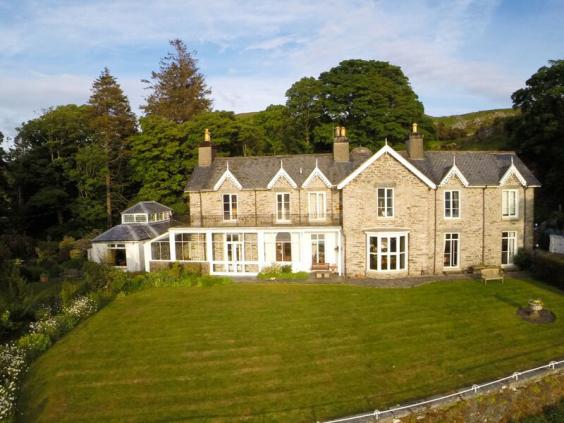 Katrina Le Saux and Peter Cottee are welcoming hosts at this strikingly pretty Victorian guesthouse on the edge of Snowdonia National Park, overlooking Lake Bala, with views of the Arenig Mountains. Each of the three bedrooms has lake views, both Berwyn and Arenig have an antique four-poster, but the view from Aran’s bathtub is matchless. Down below, trains putter along the narrow-gauge track on the waterfront. Doubles £110-£120, dinner Friday and Sunday by arrangement (01678 521782,bryniau-golau.co.uk).

In this article:British hotels, luxury hotels