“You’d be surprised how many people say they’ve come here because of [1964 film] Zulu; it’s a lot,” says Barry Marshall, my bearded guide, as he leads me around the old battlefields.

The Anglo-Zulu war isn’t really taught in British schools – probably because it’s a rather embarrassing bit of imperialism – so the conflict is perhaps best known in the UK through the 1964 film, Zulu, and its prequel, Zulu Dawn which is set in the green field we’re standing in.

In 1879, the independent Zulu Kingdom was seen by British authorities as an obstacle to creating a unified South Africa; so after a perfunctory request that the Zulus dissolve their army – rejected, of course – the redcoats were sent in. My great-great-grandfather was, according to family legend, one of those men in the 24th Regiment of Foot (2nd Warwickshire Regiment) who found themselves in what is now KwaZulu-Natal province, in eastern South Africa.

The battlefields are far from the region’s main tourist draw. The province is home to some extraordinary safari reserves and beaches – especially around Durban, South Africa’s manic second biggest city. There is also the ’Berg – the verdant Drakensberg mountain range bordering Lesotho. 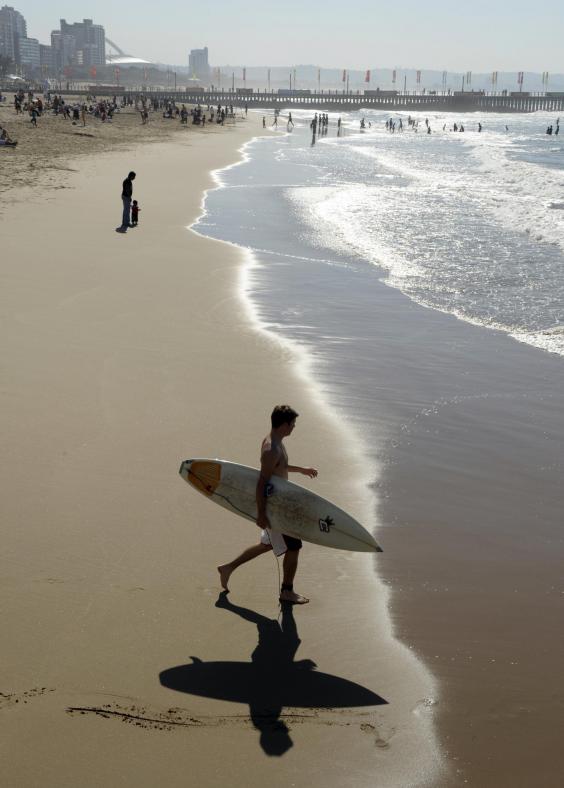 But with the right guide, a visit to this place illuminates a shared piece of British and South African history that is little-known in the UK – all set against a stunning natural landscape that would have felt like Mars to the soldiers of the 42nd.

Barry has worked along KwaZulu-Natal’s history trail long enough to have met the South African president, Jacob Zuma, back when he was the local state minister for tourism. He’s seen the battlefields change over time – they once played host to a taxi rank for tourists and quite a bit of rubbish. But now, cleaned up, they are truly a sight: plains and savannah that stretch out to meet blue-grey mountains, with history and blood in the soil.

Is Zulu accurate? The answer is fairly simple: “No – apart from the basic outline of events.” It wasn’t even filmed nearby; the producers instead shot in the Drakensberg mountains, hundreds of miles away – well away from modern Zulu tribal lands (the filming took place at the height of the apartheid regime).

Barry now works with Isandlwana Lodge – the only tourist accommodation based right on one of the battlefields. Because the building is located on collectively owned Zulu tribal land, the lodge’s lease provides an income for the communities who live in the area.

It’s a short drive to Rorke’s Drift, one of the key battle locations, which has an excellent museum and visitor centre. And it’s also a short amble through a collection of Zulu homesteads to Isandlwana, a rather wilder spot with a natural vantage from which to point out the events of 22 January 1879. 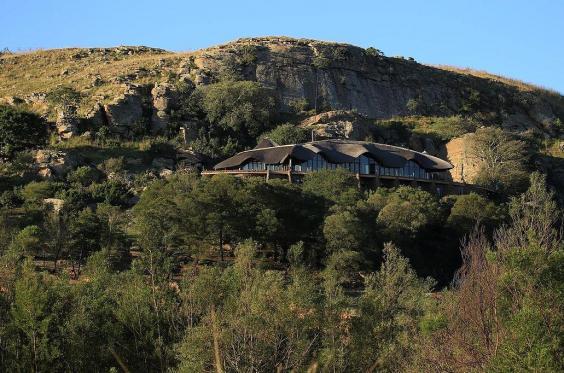 “It’s quite an atmospheric place here, you’ll feel it up on your neck. You get the feeling something bad happened here,” Barry says, staring across the plain.

That feeling is warranted. The main sights on the battlefield – apart from the domineering mountain peak, which we climb for a better view – are piles of white rocks, marking mass graves. More formal war memorials also dot the place – dedicated to both the British and the Zulus.

Though Rorke’s Drift is more well-known in Britain because of Zulu, at the time it was something of a sideshow to Isandlwana, where 1,300 British soldiers and around 1,000 Zulu died during one of the bloodiest battles of the war.

Local oral tradition still remembers incredibly specific things about the Battle of Isandlwana. One tale is of a British soldier identified as “Younghusband”, who was one of the last on the field to die. He is said to be remembered for making a last stand against overwhelming odds, until he ran out of ammunition. The crag from which he is believed to have turned and charged into certain death is visible on the battlefield. 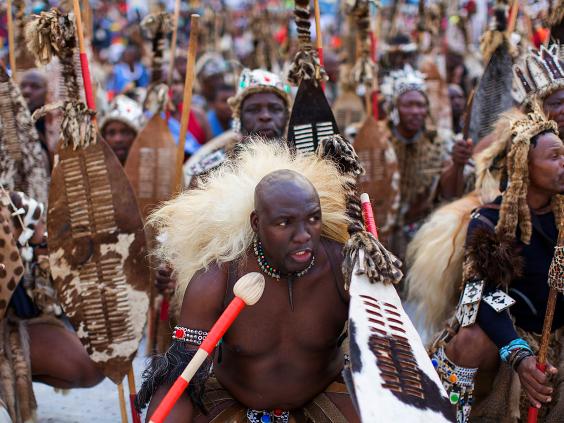 The Zulu people are the country’s biggest ethnic group (Getty)

“They talk about the rise and fall of the Zulu empire, but the nation never disappeared,” says Barry. To this day the Zulus are the biggest ethnic group in South Africa, and KwaZulu-Natal has its own unique culture that sets it apart from the rest of the country. The Zulu monarchy is also still going strong, operating as a ceremonial layer on top of the political system.

I don’t know much for sure about what happened to my great, great grandfather – or even which part of the war he fought in – other than that he survived and returned to Wales, presumably for a quiet life.