Arsenal are set to make Marco Reus their replacement for Alexis Sanchez if the Chilean decides to reject a new deal at the Emirates.

The Daily Mail reports that the Gunners are keeping tabs on the German forward while contract negotiations with Sanchez continue to stall and could make a move for him should they collapse altogether.

Sanchez has been offered a huge £400,000-a-week deal to join the Chinese Super League and might be tempted into moving to the Far East should Arsenal fail to put up a competitive offer to keep him at the Emirates.

Reports suggest that the Gunners have offered Sanchez £180,000-a-week which isn’t even half of what Sanchez has been offered to play in China.

Arsenal are desperate to keep their star man, who has scored 14 goals in 24 appearances in all competitions this season, and may have to break the strict wage structure that is in place at the club to keep him.

However, wise to fickle nature of contract negotiations, Arsene Wenger is already looking at Reus as his top candidate to replace Sanchez.

And, the Arsenal boss is prepared to offer Reus a big pay rise to prize him away from his boyhood club.

The German has netted 50 goals in 98 games for Dortmund since joining the club from Borussia Mochengladbach in 2012 and has also been a target for Bayern Munich in recent seasons.

Although Reus is under contract until 2019, Wenger is hoping the lure of Premier League and Arsenal’s large German influence on their current squad would be enough to land Reus in the outcome of Sanchez’s departure. 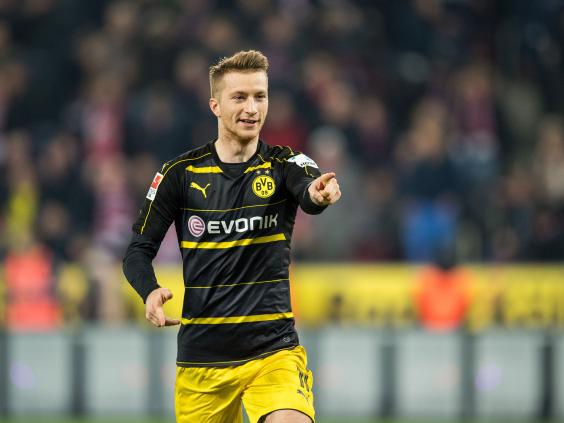 Alex-Oxlade Chamberlain has become a target of Arsenal’s title rivals, Liverpool, as the England international struggles to nail down as first team place at the Emirates.

According to The Guardian, Jurgen Klopp is an admirer of the all-action midfielder and sees him as a potential asset to Liverpool’s title charge going into the second half of the season.

However, there has been no love lost between the two clubs in recent years so the possibility of a deal materialising could become incredibly tricky.

The feud started in 2013 when the Gunners bid £40m plus £1 for Luis Suarez which was just enough to break the release clause in his contract at the time.

Liverpool were furious with the cheeky offer for the forward and relations are evidently still uneasy after the Reds put  an ‘anti-Arsenal clause’ in Roberto Firmino’s new contract at Anfield.

In spite of this, Klopp seems keen to hone in on Chamberlain’s potential and build on the progress he has made with more first team action this season.