It’s become a rite of passage for many holidaymakers. Visit Thailand and take a selfie with a big cat at the Tiger Temple, travel to Morocco and hold a monkey wearing a dress, or pose with a cute-looking reptile at a crocodile farm in Vietnam.

“The irony is that people usually take these photos because they love animals,” says Chiara Vitali, campaign manager at World Animal Protection. “But behind that selfie there’s often a lot of abuse.

“If you’re having a picture taken with a tiger cub, chances are that it’s been dragged out like a prop then taken back to its cage at night when tigers should be allowed to roam. To get that picture of a lifetime, it might have taken a lifetime of animal cruelty.”

The travel industry is taking big steps to become more ethical. Last week, the world’s largest travel trade fair, ITB Berlin, discussed this elephant in the room, with an announcement that the World Animal Protection is teaming up with travel industry leaders to promote elephant-friendly tourism. Leading travel companies including TUI Group and Intrepid Group are encouraging higher standards of welfare for animals at holiday destinations. The companies are no longer offering trips to venues offering elephant rides or direct contact with animals.

Want to do your bit? Vitali talked us through the holiday activities to avoid, and some ethical alternatives. 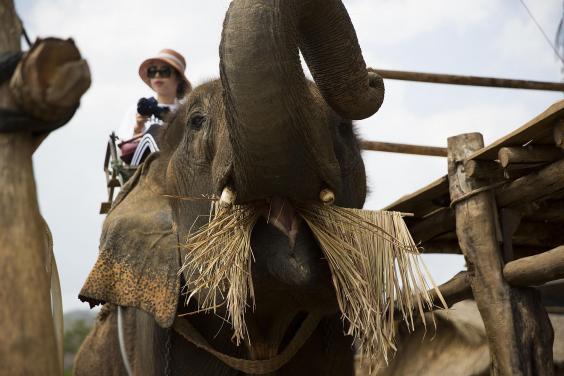 Despite how it’s sold to travellers, riding elephants is not part of Thai culture – it was developed in response to tourist demand. “Most of these elephants will have been taken away from their mothers when they were babies,” says Vitali. “They do this to break their spirits. They often starve them or beat the elephants so they learn to be submissive. The trainers can treat them like this for a about a week, but it gives them a lifelong fear of humans. And that’s why you’ll often see their trainers carrying a stick with a hook on the end.

“We’re working with locals to show them that we don’t want to deprive them of their livelihood but that they can work with the animals in a more humane way.”

Instead: Companies such as Rickshaw Travel are working with World Animal Protection: instead of elephant rides, they take travellers to the Elephant Nature Park in Chiang Mai which looks after animals that have previously been mistreated. If you still want that great photo, you can snap the creatures walking freely, having a bath, or playing with their friends.

“Dolphins might look like they’re having fun, but think about how the animal came to be in that situation, surrounded by people,” says Chiara. “Dolphins are often captured in the wild. Poachers take young dolphins out of their pods, many of which die during that process as it’s so traumatic. These creatures are built to swim miles through the ocean, so putting them in a swimming pool is the equivalent to locking a person in a room for the rest of their life.”

Instead: The Hebridean Whale and Dolphin Trust based on the Isle of Mull offers expeditions in which volunteers become marine mammal scientists for the duration of the trip, working as a team and carrying out survey work. There’s the chance to spot porpoises and bottlenose dolphins, minke whales and basking sharks, depending on the time of year.

There’s little charm in snake charming. These performing reptiles have often been taken out of their natural habitat, had their teeth yanked out without painkillers or had their venom ducts pierced with a hot needle to destroy their only form of defence. And their “dancing” to music is actually the snake doing a terrified sway.

Instead: Visit the Meserani Snake Park in Tanzania, which does great work in the local community, providing a free medical clinic and even sponsoring orphans whose parents died from HIV. 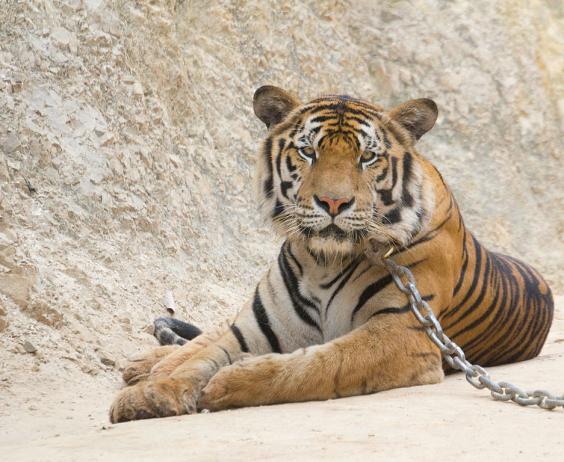 Tinder tiger selfies are not the way to get a date (Magnus Manske, Wikimedia Commons (CCA 2.0)

Last year, 137 tigers were seized from the Tiger Temple, west of Bangkok, after reports they were being heavily sedated, beaten with sticks and kept in concrete cells. Authorities also found 40 dead cubs in a freezer. The temple, which earned an estimated £4.9m a year from ticket sales, was shut down, but there are currently plans to open a new zoo next door.

“Tigers are solitary animals, so it’s not natural for them to be around hundreds of people,” says Vitali. “Look out for signs of stress such as the tigers pacing back and forth.”

Instead: “Do your research before you visit. Negative reviews are often a giveaway – it’s there where you might spot stories of how people have seen a trainer hitting an animal.” Last year TripAdvisor announced it would no longer sell tickets to attractions that enabled visitors to have direct contact with wild, captured or endangered animals.

You can take ethical safaris with companies such as World Expeditions, whose Tigers, Temple and Taj tour in India takes travellers to the Bandhavgarh National Park. This reserve is part of the Project Tiger conservation initiative and is home to the rare white tiger.

It seems pretty obvious that bears weren’t born to dance, but they’re still used for entertainment in Eastern Europe and Asia. “Bears are meant to roam free,” says Vitali. “Wild animals like this don’t have an instinctive relationship with humans, like a dog would have an instant rapport. If bears are taught to follow a trainer’s cue, and react to them in a certain way, then they’re usually doing so through pain and fear.”

Instead: Libearty Bear Sanctuary in Romania is the largest in the world. The animals, most of whom were previously kept in cruel conditions, have 69 hectares of forest to explore. 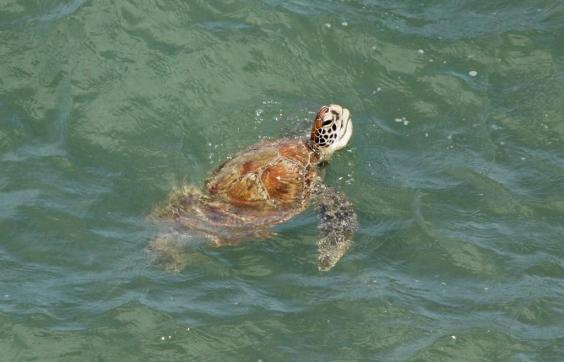 Oxford University researchers once called the Cayman Turtle Farm “one of the cruellest wildlife attractions in the world”. The farm denies these claims and says it has a responsible attitude to breeding.

But be weary of anywhere that lets you pick up a sea turtle for a quick photo. “Think about the stress of what it’s like for them to be handled,” says Vitali. “If they’re kept in small cages, sea turtles often turn to harming each other or cannibalism.”

Instead: Steer clear of sea turtle farms, or anywhere that allows you to pick up the creatures. A more ethical approach is to try a turtle conservation holiday. Responsible Travel organises trips to Sri Lanka, Costa Rica, Greece and the Seychelles.

With civet coffee beans fuelling the luxury caffeine industry with “gourmet” blends of luwak coffee, touring civet farms has become a popular tourist activity. The ferret-like mammals help create the slightly acrid coffee by eating and excreting coffee beans. ”But the animals are often kept in cages without proper shelter and bedding, and sometimes they end up pacing or harming themselves,” says Vitali.