A leisurely breakfast, long walks, fresh air, tea by a roaring fire – a country house weekend is the perfect way to unwind, a mini holiday right here in the UK. They offer the perfect tonic to combat the January blues. Here, the Good Hotel Guide presents its Editor’s Choice for 2016. 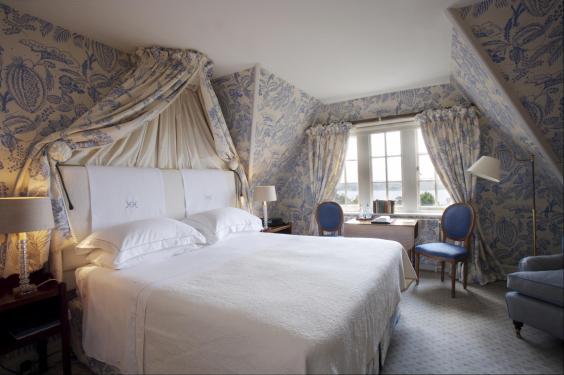 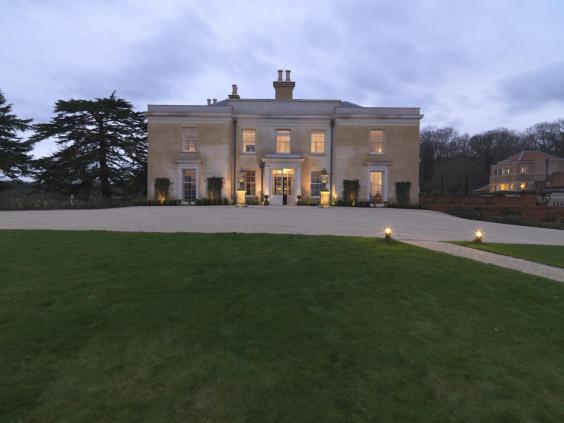 This Regency house at the heart of the New Forest is  professionally managed by Kenneth Speirs, with friendly staff. There are 32 bedrooms (16 in the pavilion annexe and cottages) with spacious bathrooms, classically designed sitting rooms, a library and spa. In the restaurant Luke Holder has worked with the renowned Angela Hartnett to create Italian culinary style using locally sourced ingredients. The situation is glorious, the enterprise stylish and immaculate. Doubles from £315, breakfast £13.50-£18.50, à la carte £50, Sunday lunch £37.50 (02380 287177, limewoodhotel.co.uk). 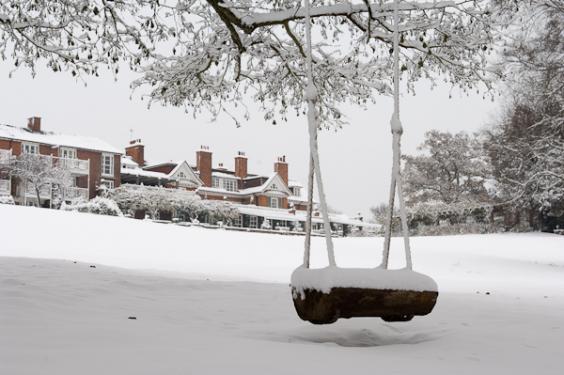 A Relais & Châteaux hotel and spa on the edge of the New Forest and a short walk from the sea, this is the country house hotel par excellence, unabashedly luxurious, with 70 bedrooms and suites. The rooms in the main house are traditionally styled, many with parkland views. Head chef Luke Matthews joined as sous chef in 1993. His menus are eclectic with strong European influences and hints of the Far East, as well as traditional grills. Doubles £325-£1,595, breakfast £26, à la carte £70, Sunday lunch £39.50 (01425 275341, chewtonglen.com). 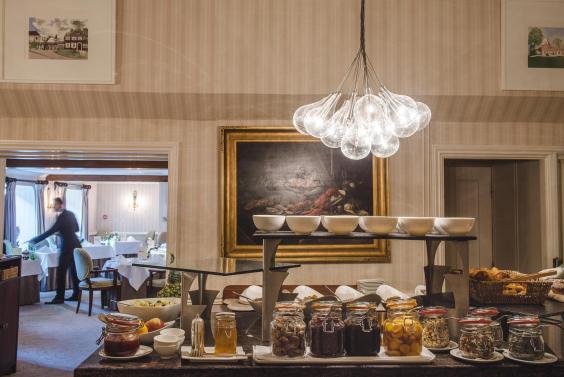 Lords of the Manor

The Munirs have filled their 17th-century manor – in eight-acre grounds – with family books and paintings. Its 26 bedrooms (some in a converted barn and granary) are individually styled and traditionally, generously furnished. Michelin-starred chef Richard Picard-Edwards brings classical French skills to his menus, using seasonal, local ingredients. The portrait in the drawing room is of Fernando Tracy, rector here from 1763; take his Diary of a Cotswold Parson to read by an open fire. Doubles £249-£490, à la carte £72.50, Sunday lunch £35 (01451 820243,lordsofthemanor.com). 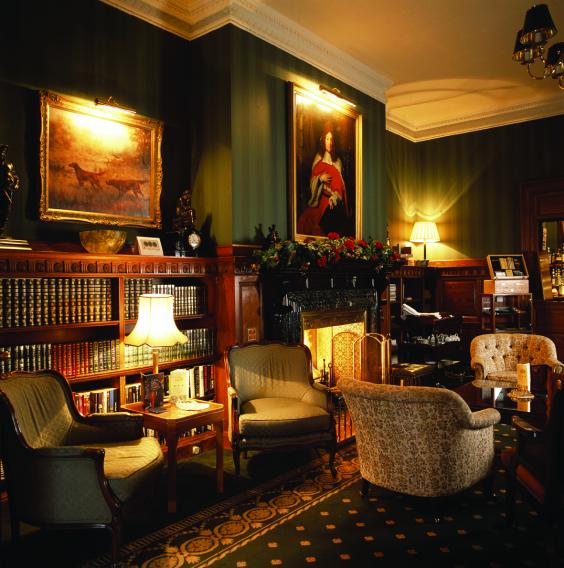 In the 1980s, circuit judges lodged at Victorian Kirklevington Hall, now run as a hotel by the Downs family. The 21 rooms are individually styled, with such welcoming touches as home-made biscuits, fresh milk and complimentary sherry. Some have whirlpool baths; all have teddy bears and goldfish. John Schwarz specialises in modern British cooking, served in the conservatory restaurant overlooking a lawn running down to a stream, in 31 acres of grounds and private woodlands. Doubles £145-£235, set dinner £39.50, à la carte 58, Sunday lunch £29.50 (01642 789000, judgeshotel.co.uk). 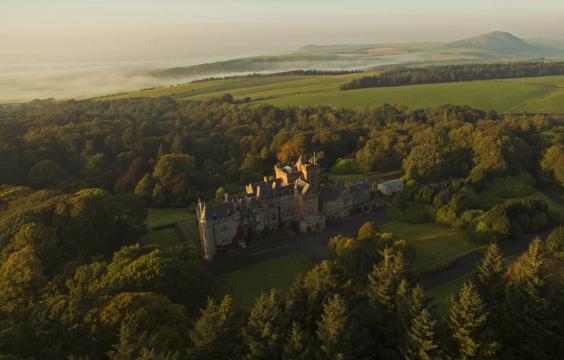 This Victorian Scottish baronial castle, former seat of the Earl of Inchcape, overlooking Ailsa Craig, is run by Fay and Graham Cowan. The first-floor public rooms are furnished with antiques, clocks and paintings; the library is walled with books. The 17 large bedrooms, with views of sea, gardens and woodlands, are traditionally styled; some have flame fires in original fireplaces. Chef Tyron Ellul makes inventive use of local ingredients. In 36 private acres there are rare shrubs, a Victorian glasshouse and woodland walks. Doubles from around £435, set dinner £65, gourmet lunch £39.50 (01465 831212, glenappcastle.com). 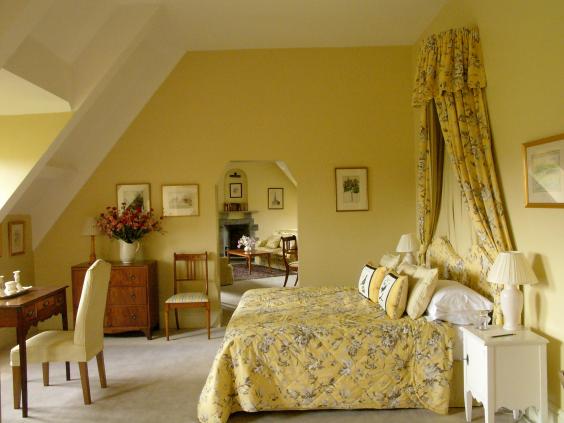 This former Jacobean mansion on the River Wye was redesigned by Clough Williams-Ellis in the early 1900s and converted to a hotel by Sir Bernard (Mr Laura) Ashley, whose art collection is displayed, including works by Augustus John and Whistler. The 23 bedrooms were styled by Sir Bernard, and are furnished with paintings and antiques. The present owners maintain the Edwardian country house tradition. Chef Nick Brodie sources local ingredients, with produce from the kitchen garden, eggs from the hotel’s chickens, ducks and quails. The house stands in 17 acres, with views of the Black Mountains. Doubles £175-£400, à la carte £70 (01874 754525, llangoedhall.co.uk). 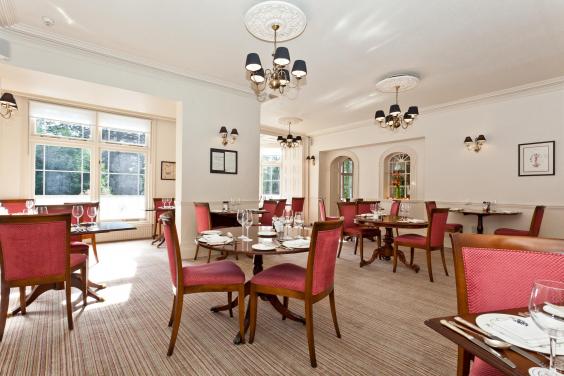 For more than 47 years, the Nixons have been welcoming guests to this Georgian manor in glorious landscaped gardens, a stroll from Lake Windermere. The 19 bedrooms are spacious and individually furnished. Chef Jane Binns cooks a daily-changing British menu served in what was once the billiards room. A buffet tea can be taken in one of the two lounges, and at breakfast there are home-made jams and muesli. Doubles £100-£220, à la carte £32.50, Sunday lunch £16.50-£19.50 (015394 33605, rothaymanor.co.uk). 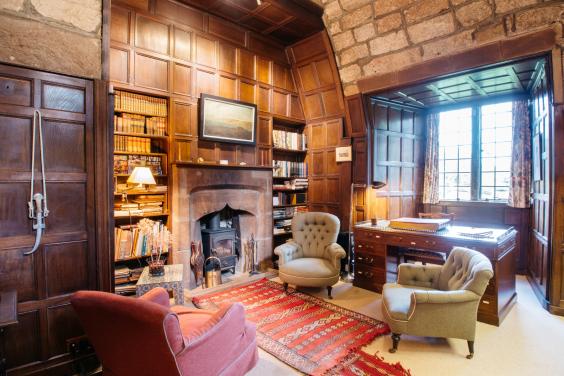 Charlie and Juno Lowther create a homey, bohemian ambiance at their 14th-century pele tower-cum-Elizabethan mansion, with open fires and comfy sofas. Antique and modern are cleverly mixed. The 15 bedrooms have original features and modern bathrooms; some overlook gardens created in the late 17th century. Chef Richard Swale uses produce from the kitchen garden, home-reared livestock and local game to create seasonal menus. Light lunches are served in the Kitchen Garden Cafè. There’s a library, a billiards room, a heated pool – and Ullswater just over the hill. Doubles £150-£320, dinner £50 (01931 712350, askhamhall.co.uk).