As winter takes hold, hibernation may seem like the only option. But across the northern hemisphere, a calendar of festivals promises to warm the shorter days and ignite the longer nights. Whether you want to revel in Reykjavik or party amid the pistes of Bulgaria, your festival season need not be confined to summer. Wristbands at the ready – it’s time to wrap up warm and discover new bands in foreign lands.

Iceland’s other-worldly landscape has long nurtured musical talent such as Bjork and Sigur Ros. So it’s perhaps little wonder that the country’s cool capital, Reykjavik, will act as the winter home of the Barcelona-born music festival Sonar (18-20 February; sonarreykjavik.com).

The city’s Harpa concert hall – a stunning, LED-lit beauty that overlooks Faxafloi Bay – is the location for the event. Intrepid music lovers will get the chance to watch acts such as electro DJ Hudson Mohawke and Detroit rapper Angel Haze perform across five indoor stages, before delving into the lively late-night scene of the world’s northernmost capital. Three-day festival passes cost Ikr17,990 (£90). Icelandair has five-night packages including B&B, flights and tickets from £758pp, departing on 18 February from Glasgow (bit.ly/SonarIceland).

The university city of Groningen in the north of the Netherlands sees its population swell in winter as crowds descend for the annual Eurosonic Noorderslag festival (13-16 January; eurosonic-noorderslag.nl). With a reputation for showcasing Europe’s up-and-coming acts, the line-up next year includes Belfast-formed Pleasure Beach, who recently released their first EP, and established Dutch favourites DeWolff, who specialise in psychedelic blues. Previous performers include James Blake, Bastille and Royal Blood.

Three-night packages, available on the festival website, cost from €673pp (£472), including B&B and tickets. Flybe offers connections to Groningen from Southend over the festival dates from £39 return (flybe.com).

“Come in from the cold,” beckons the website of by:Larm, a festival that takes over Oslo from 2-5 March (bylarm.no). If you’re interested in Nordic music, this is the destination for you. Around 100 acts are due to perform from across the Northern European nations of Denmark, Finland, Iceland, Sweden and, of course, Norway, following in the footsteps of previous regional success stories such as Royksopp, First Aid Kit and Lykke Li. Full festival passes cost Nkr730 (£55). British Airways has three-night flight and hotel packages over the festival dates from £214pp, departing from Heathrow (ba.com). 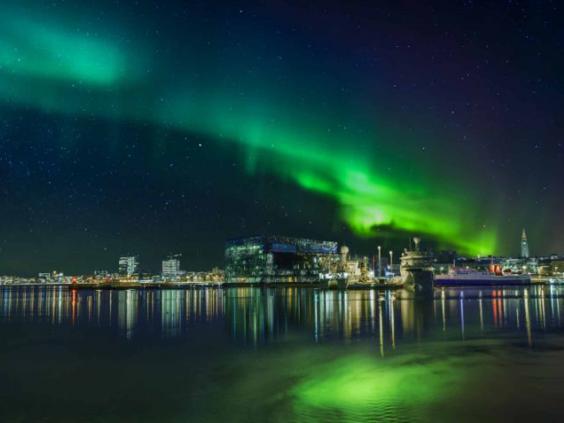 At the tail end of winter, the Horizon Festival (12-17 March; horizonfestival.net) claims to be Europe’s biggest ski party. And who’s to argue with an event that promises 120 DJs, 75km of slopes and 30 parties across 15 venues, with nightly supper clubs, forest stages and a hot-tub cinema? There are even thermal pools and a spa if it all gets too much.

The venue is Bansko Ski Resort in Bulgaria and dance music is the order of the day. Goldie and Levon Vincent are topping the line-up at present, with more acts to be announced soon. Accommodation and ticket packages for the six-night event start at £173pp via the festival website. Sofia airport has the most regular flights, served from the UK by Wizz Air (wizzair.com), easyJet (easyjet.com), BA (ba.com) and Bulgaria Air (air.bg).

Born in the post-punk era of 1979, the groundbreaking French festival Trans Musicales (2-6 December; lestrans.com) has witnessed a wave of varying musical styles over the ages, from grunge to hip-hop and electronic music. Eclectic acts to have graced the stages at the Parc des Expositions centre, close to the Breton capital of Rennes, include Nirvana, Daft Punk, Portishead and LCD Soundsystem. Expect to be exposed to the next big thing and indulge in some serious beard stroking at the “Meet and Debate” schedule of talks.