Bristol has just been voted the UK’s best place to live in 2017 by the Sunday Times – for the third time in four years. It’s also been named the best place to study, one of the top five most inspiring cities, and even one of the top 10 cities in the world in the past. No wonder Bristolians are so fiercely proud of their big little city.

They’re also proud of their independence: this is a city with its own elected mayor and even its own currency, the ‘Bristol pound’, to support the local economy. The entrepreneurial spirit is alive and well here, cultivating a host of independent shops, restaurants, cafe and bars. 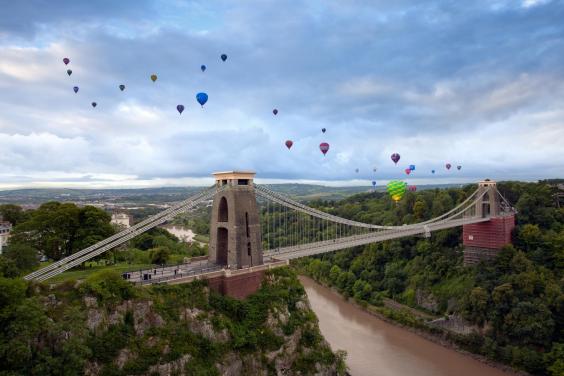 Bristol is a roughly circular city, caught in the angle made by the M4 and M5 motorways. The M32 runs directly into the centre, leading you towards the historic Old City and Harbourside districts – both north of the floating harbour that branches off the River Avon and separates out the area of Spike Island. Head north west to the West End, Clifton and Clifton Village for leafy elegance, or north east to the central shopping district of Broadmead and onto bohemian Stokes Croft. If you get lost, don’t be afraid to ask someone for directions: Bristolians are notoriously friendly. 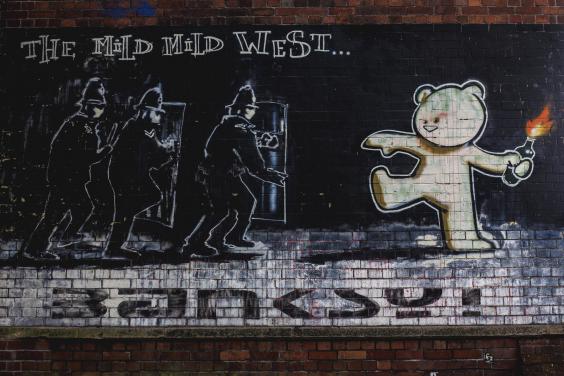 Start at the top of Gloucester Road (1), a long stretch of independent shops, cafes and bars, and head south towards the city centre, stopping off for a coffee at Bakers and Co (2) (0117 942 9933; bakersbristol.co.uk). Continue down Cheltenham Road (3) and into the bohemian Stokes Croft neighbourhood to see some of Bristol’s famous graffiti, which is everywhere you look. Keep an eye out for Banksy’s Mild Mild West artwork, situated next to The Canteen (4) and best seen from the junction of Jamaica Street. While you’re on Jamaica Street, pop into the People’s Republic of Stokes Croft (0117 944 4540; prsc.org.uk) (5) to pick up an unusual souvenir, then finish your walk at the newly revamped Bearpit (a park-like community space inside a roundabout_ (6), where you can have a quick look at the famous black and white bear statue. 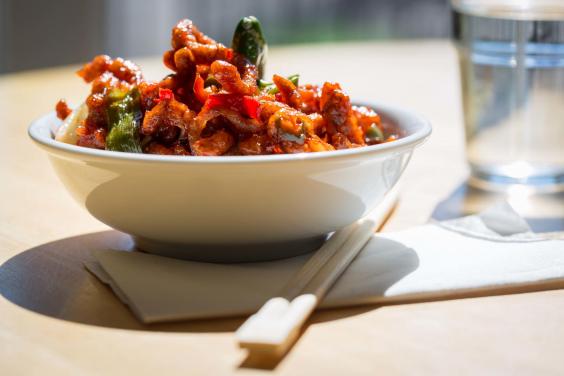 Take a quick taxi ride across the city centre to the newly developed Wapping Wharf neighbourhood where you’ll find a choice of independent eateries catering for pretty much any taste. Woky Ko (7) (no phone; woky.co) is a casual Asian dining venue run by Masterchef finalist Larkin Chen. Try one of the incredible steamed buns filled with things like crispy duck, Peking sauce, leeks and cucumber or braised pork, Hoi Sin ketchup, apple and peanut powder for just £3.95 a pop. There are also Xiao sharing plates from £4.45, plus hearty noodle and rice dishes from £7.45 if you’re feeling hungry. 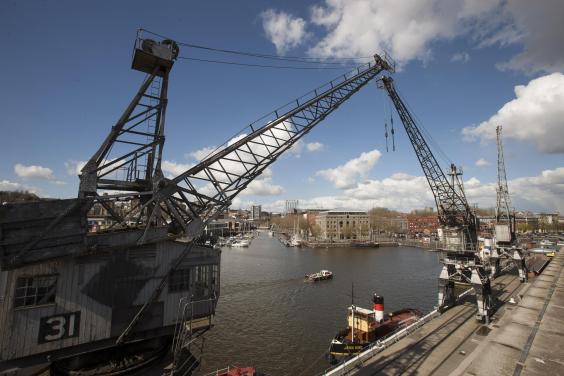 Explore the historic Bristol docks, and stop in at the M–Shed (8) (0117 352 6600; bristolmuseums.org.uk), an unusual – and free – museum that documents Bristol’s story via film, photographs, personal stories and objects. Some of the biggest exhibits are actually outside the main building, including a locomotive engine, industrial crane and 19th century tug boat (rides are available on special weekends). It’s closed Mondays. 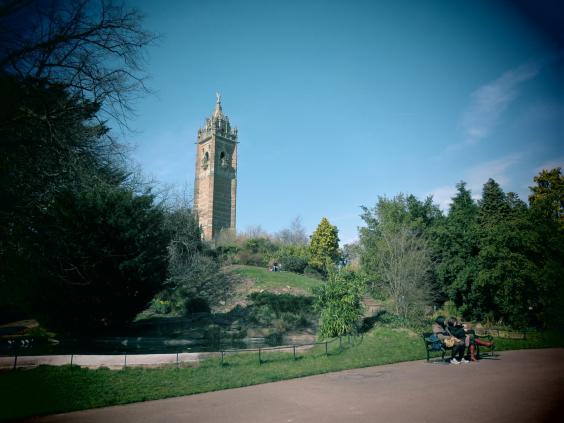 To get a wider view of the city, head away from the harbourside up Park Street and climb the 100 or so steps to the top of Cabot Tower (9), situated a stone’s throw from the shops in Brandon Hill (10), Bristol’s oldest park. Built in the 1890s to celebrate the 400th anniversary of John Cabot’s historic trip to what we now call Canada, the 32m tower was restored between 2007 and 2011 and is free to visit. 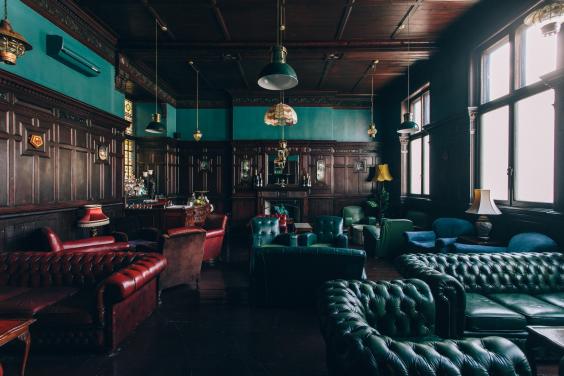 Tucked away in one of Bristol’s historic harbourside buildings is Milk Thistle (11) (0117 929 4429; milkthistlebristol.com), a swish Prohibition-style bar spread over four decadent floors. The cocktail menu here is constantly updated and full of imaginatively named mixes such as the Coffin Dodger, Salt & Patience and Milk Thistle Daisy (all around £9.50). This is a very popular venue, so be sure to phone ahead to ensure you’re not disappointed. 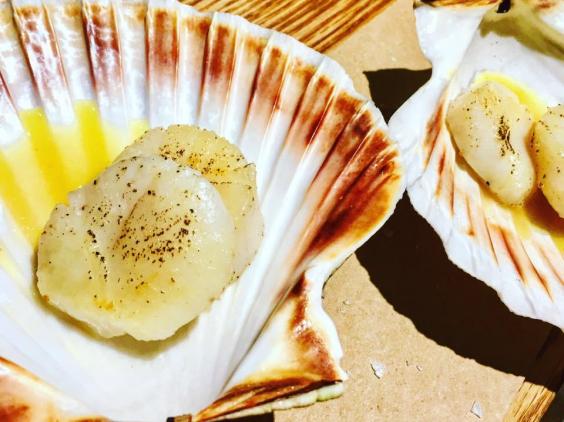 Bristolians are rightly proud of the city’s foodie offerings, especially the Michelin-starred Casamia (12) (0117 959 2884; casamiarestaurant.co.uk), which has recently moved to more central premises. The family behind the restaurant has been diversifying too, with a pizza place at Pi Shop (13) (01179 256 872; thepishop.co.uk) and a very new tapas offering at Paco (14) (0117 925 7021; pacotapas.co.uk). Blending the ingredients of the West Country with the heart and soul of historic Spain, Paco offers an elevated dining experience well worth the price tag. Dishes range from marinated olives or fried almonds at £3 to stuffed quail, sobrasada and dates at £16.50 and Canary Island prawns at £22 each. If you’re feeling flush, try the 780g Galacian steak at £80.85.

On your second day, head west to experience the famous all-you-can-eat ‘Bottomless Brunch’ at Brace & Browns (15) (0117 973 7800; braceandbrowns.co.uk) on Whiteladies Road. Featuring such delicacies as pulled pork breakfast hash with poached egg, smoked mackerel and guacamole bagel, and American pancakes with banana & rum syrup – not to mention as much fizz as you can drink – it’s well worth the £28 for a two-hour sitting (a booze free option is available for £20). It’s also incredibly popular, so book well in advance. 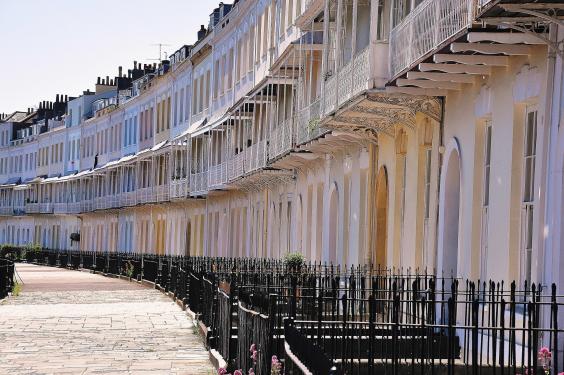 Genteel Clifton is ripe for a stroll (Destination Bristol)

Not far from Whiteladies Road is Clifton Village, an upmarket neighbourhood famed for its Victorian and Georgian architecture and genteel shops – not to mention its views of the Avon gorge and Clifton Suspension Bridge. Spend time browsing antiques at Focus on the Past (16) (01179 738 080; focusonthepast.org), top-end stationery and magazines at Papersmiths (17) (01173 296 347; papersmiths.co.uk), foodie fare at the award-winning Arch House Deli (18) (01179 741 166; archhousedeli.com) and much more besides. Don’t miss the two-storey Clifton Arcade (19) (cliftonarcade.co.uk), built in 1878.

Bristol is a proudly green city – it was the European Green Capital in 2015, after all – and you’ll see plenty of locals making their daily commute by bike. Join the fun and hire a tandem from Bristol Tandem Hire (07470 311 592; bristoltandemhire.co.uk), which has a range of British made Circe Helios bikes available, plus child seats so the whole family can get involved. There’s a pick up point just off Queen’s Square at Club Haus Cafe (20), and you can ride all the way from the city centre to Bath on the cycle path, but for today, try the route from the docklands to Arnos Vale, putting you in just the right place for… 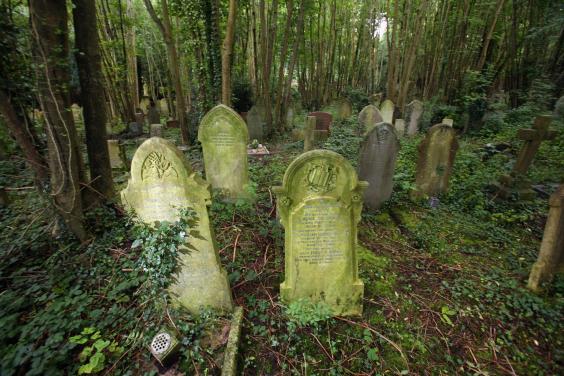 Arnos Vale (21) (01179 719 117; arnosvale.org.uk) is actually a 45-acre Victorian garden cemetery. Pick up a free Discovery Trail leaflet and explore this gem on one of the self-guided routes or look out for the periodic guided tours. There are regular exhibitions at the West Lodge and Spielman Crypt to look out for, plus a war memorial and ‘sailors’ corner’, where nearly 200 service personnel who died in Bristol hospitals from battle injuries are buried. Finish at the new Kate’s Kitchen cafe, which opened last September and serves seasonal, high-quality snacks and meals.

If there’s one thing that truly represents Bristol, it’s a hot air balloon rising over the Clifton Suspension Bridge (22). The sight of these colourful spheres drifting across the sky is a sure sign that summer is on its way, getting locals excited about the annual Bristol Balloon Fiesta, held every August at Ashton Court (23). Bristol Balloons (01179 471 030; bristolballoons.co.uk) was one of the first companies to be awarded a British Civil Aviation Authority Certificate for passenger flying in 1978, and today offers both group and exclusive flights. Treat yourself to a champagne flight and raise a glass to an unforgettable Bristol visit as you see it from above in all its glory. Flights last for around an hour and cost from £125 for group flights; the meeting point is Ashton Court. 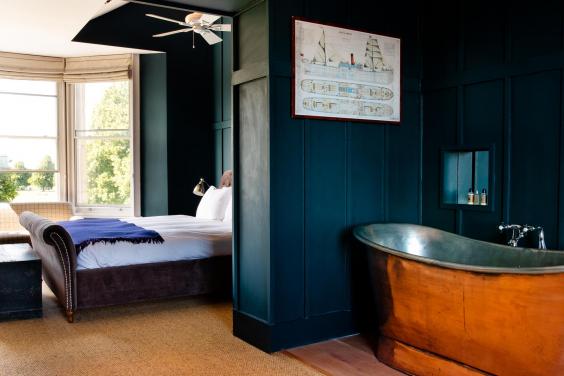 Live it up at Number 38 Clifton (Destination Bristol)

Bristol is serviced by two railway stations, Bristol Temple Meads (24), which is more central, and Bristol Parkway (25). Travel from London, Wales and the South with GWR or from further north with Crosscountry. National Express coaches finish up at the central coach station (26) in the city centre between Stokes Croft and Broadmead, and Megabus goes to Colston Street (27) in the Old City. There is ample parking throughout Bristol for drivers, though it’s not cheap and you will need to be aware of residents-only parking areas, not to mention the many 20mph zones. 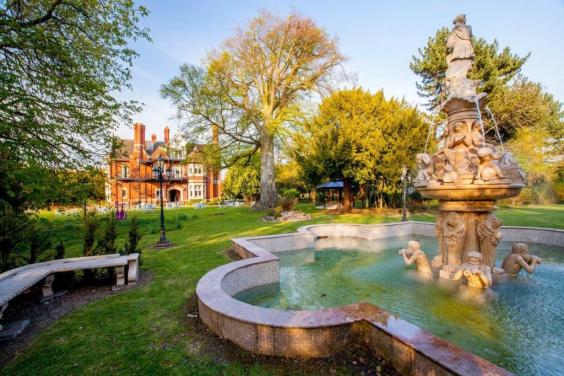 For a country house experience, head towards the outskirts and Berwick Lodge (30) (01179 581 590; berwicklodge.co.uk), owned and run by Sarah Ariken, a born and bred Bristolian. The 19th-century property is set in 18 acres of beautiful parkland with a 2AA Rosette restaurant. Doubles from £155 room only, or £185 B&B (based on two people sharing).