What would you think was the most popular air route in the world?

New York to LA? London to Paris? Beijing to Shanghai?

Chances are your first guess wasn’t the domestic from Seoul to Jeju, the capital of Jejudo island in South Korea. Last year saw over 11 million people make the trip between the two cities — the next busiest air route, Tokyo to Sapporo, didn’t even come close with just under eight million passengers.

South Korean domestic flights from Seoul to Jeju are so popular that you can board one every 15 minutes. According to Google, there are around 200 flights that make the journey in either direction every day.

So — why? What’s drawing absurd numbers of Koreans to this mysterious island? First of all, it’s not just Koreans that can’t resist the lure of Jejudo — in 2014, Chinese travel giant Ctrip announced that Jeju was behind the spike in Chinese tourists visiting the Republic of Korea. 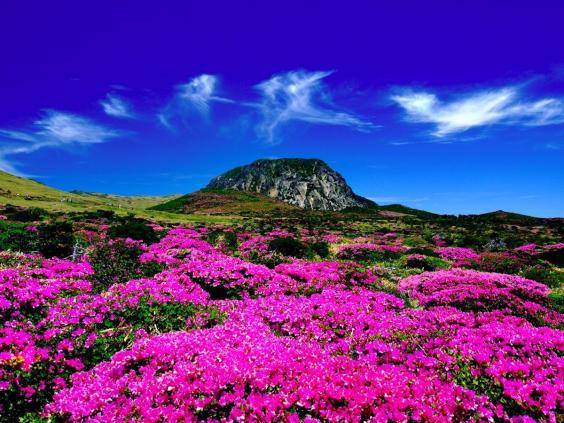 The Chinese, in particular, are flocking to the island because of its visa-free entry requirements and abundance of casinos (which are banned in China).

Most of the tourism, however, is domestic. Jeju is often touted as the “Hawaii of South Korea,” and honeymooners and holidaymakers come here by the bucket/plane load to bask in Jeju’s natural beauty.

According to locals, though, Jeju has a dark side.

In 1948, an uprising led by communist sympathisers was violently repressed by the Korean government and US military. 30,000 islanders died and many more were subject to atrocities due to the uprising. Today, many people arrive under the umbrella of “dark tourism” — to experience the harrowing history of the island via places like the 4.3 Peace Park memorial.

These pictures offer at look at why Jeju welcomes millions of visitors every year, whatever their intention:

The world’s most popular plane journey, from Seoul to Jeju (the capital of Jejudo island in South Korea), takes just under an hour. You can buy tickets for around £120 each way. 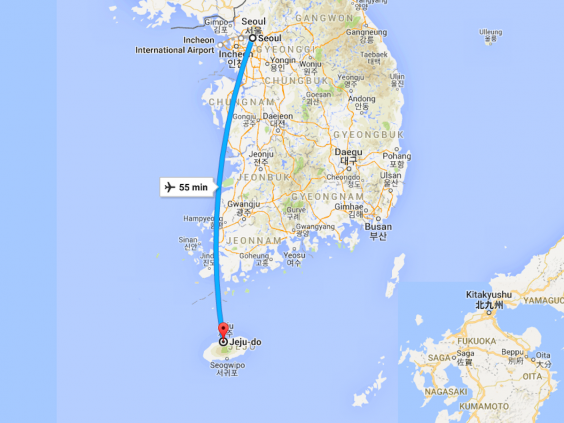 According to the Republic of Korea’s official Flickr page, Jejudo is “a special self-governing province … the only special autonomous province of Korea, situated on and coterminous with the country’s largest island.”

This means the island retains a level of autonomy — hence why almost every country in the world is allowed a temporary visit, visa-free. 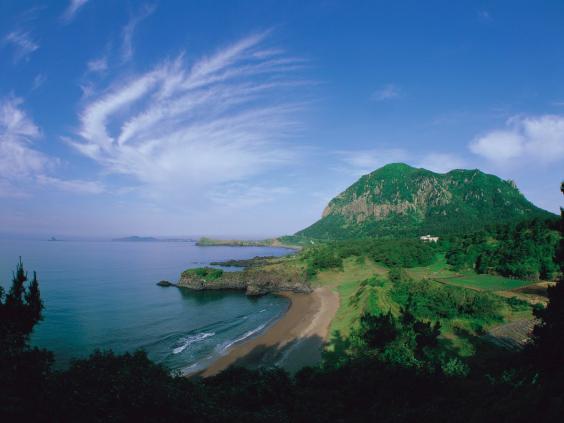 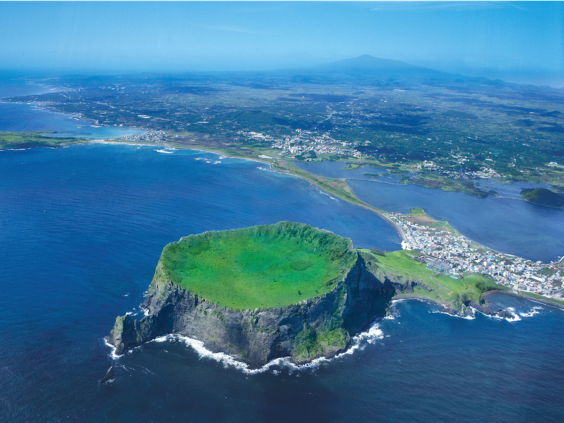 The crater lake atop Hellasan is named ‘Baengnokdam,’ meaning ‘white deer lake.’ Legend has it that wizards descended from heaven to play with the white deer that drank there. 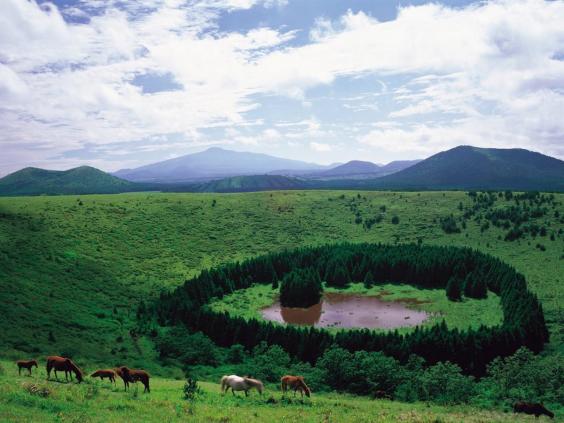 Thanks to the island’s volcanic origins, its core is interspersed with weaving tubes formed by ancient lava, which can now be accessed as an excursion. 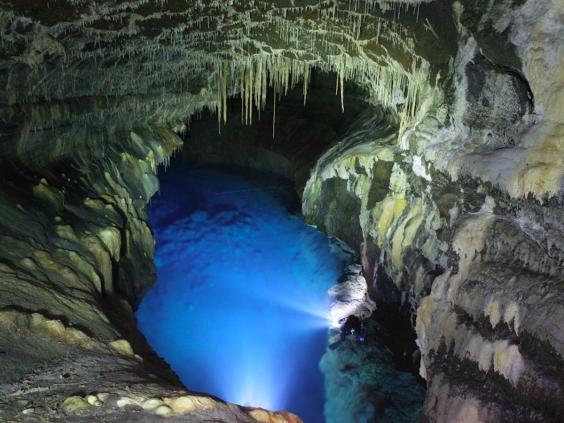 Jejudo island is home to Haenyo mermaids — freedivers that risk life and limb to catch oysters and other creatures lurking on the sea bed. The so-called ‘sea women’ hold their breath for two minutes, diving to depths of 65 metres with no equipment.