Australia’s Olympic and Commonwealth Games medal-winning cyclist Jack Bobridge has been charged with drug offences after police raided his home in Perth on Wednesday.

He was bailed and will reappear in court next month after an undercover police operation culminated in searches at his home in the suburb of Yokine and a north Perth business.

Police said the 28-year-old had been charged with several counts of selling and supplying MDMA. 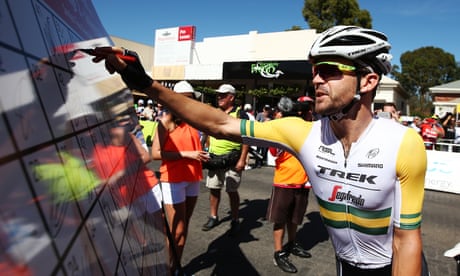 Bobridge, who was riding for the Trek-Segafredo team last year, quit the sport as one of Australia’s top cyclists after a successful Olympic campaign in Brazil, where he won a silver medal in the team pursuit event.

He won silver in the same event at the London Games four years previously. He is a veteran of three Olympics, has also won Commonwealth Games golds and is a three-times world pursuit champion.

Since retiring, Bobridge has been running a cycling gym and fitness studio in Perth.

“We want these venues to be safe for all patrons and we encourage all community members, including those who work in the entertainment sector, to provide us with information about drug dealing.

“We do not want our young adults subject to brazen drug dealing in the entertainment precincts.”