Five years after claiming he was not good enough to win a major, Sergio Garcia proved himself wrong in thrilling fashion by beating Justin Rose in a play-off for the Masters.

On what would have been the 60th birthday of two-time champion Seve Ballesteros, Garcia became the third Spanish winner at Augusta National with a birdie on the first extra hole following a sensational duel with his Ryder Cup team-mate.

The pair had finished tied on nine under par after closing rounds of 69, with Rose overturning an early three-stroke deficit to lead by a shot after 16 holes, only to bogey the 17th and then fail to convert a birdie attempt from seven feet on the last.

The final round of the Masters — in pictures

That left Garcia with a chance to win his first major title at the 74th attempt, but his putt from five feet slid past the hole and meant the first play-off at Augusta since Adam Scott beat Angel Cabrera in 2013.

The players returned to the 18th and Rose was unable to save par after pushing his drive into the trees and hitting a poor recovery, but Garcia finished an unforgettable day in style by holing from 12 feet for birdie.

Garcia was playing his 71st consecutive major championship, a streak stretching back to the 1999 Open Championship at Carnoustie.

A month later he finished second in the US PGA Championship at the age of 19, but had since recorded a further 21 top-10 finishes without claiming a maiden major title.

And after finishing 12th at Augusta in 2012, Garcia told Spanish reporters: “‘I’m not good enough. In 13 years I’ve come to the conclusion that I need to play for second or third place.”

Now he has proved himself wrong.

“It’s been such a long time coming and I thought I had it on 18,” Garcia said before receiving his green jacket from 2016 champion Danny Willett.

“I hit the putt exactly where I wanted. I knew I was playing well. I felt the calmest I’ve ever felt on a major Sunday and even after making a couple of bogeys I was still very positive, and hit some really good shots coming in and I’m so happy.

“It’s amazing to do it on Seve’s 60th birthday and to join him and (Jose Maria) Olazabal, my two idols in golf, it’s something amazing. Jose sent me a text on Wednesday telling me how much he believed in me and what I needed to do, believe in myself, be calm and not let things get to me as I had in the past.” 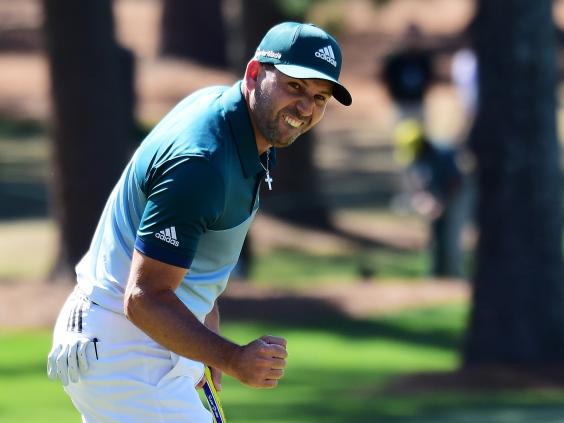 Rose, who was looking to become the first European player to win the Masters and US Open, said: “Lots of good things happened today. It was a wonderful battle and if there is anyone you want to lose to it’s Sergio. He deserves it, he’s had his fair share of heartache.

“I felt I had it under control round the turn, he obviously rallied and had a great comeback with the save on 13, the birdie on 14 and eagle on 15. Other than that I had it won. 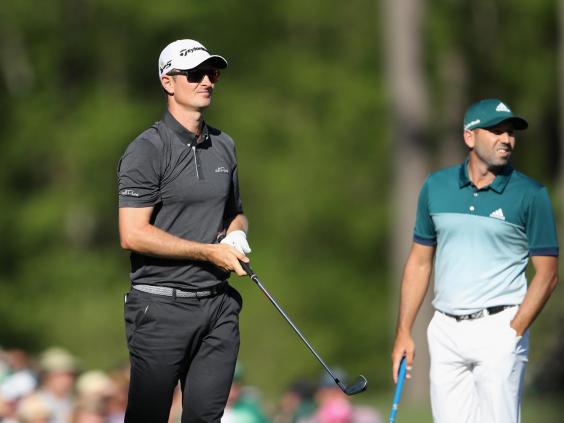 Rose paid tribute to friend Garcia after his victory (Getty)

“This is a tournament I am going to win one day. I’ve been in the last group a couple of times and shot 14 under when Jordan (Spieth) won. I feel really confident here, this my favourite tournament of the year. I still have a bunch of good years in me and feel this is one I can still knock off.”

Garcia had birdied the first and third and enjoyed a three-shot lead when Rose three-putted the fifth, but the Olympic champion responded superbly with a hat-trick of birdies from the sixth.

Bogeys on the 10th and 11th dropped Garcia two shots behind his playing partner and his challenge looked to be unravelling when a pulled drive on the 13th finished underneath an azalea bush. 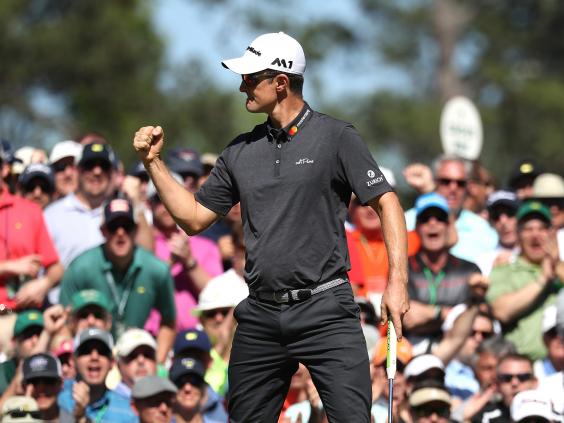 However, after taking a penalty drop and pitching out onto the fairway, he got up and down from 90 yards for par and saw Rose unable to hole from six feet for birdie.

Garcia closed the gap with a birdie on the 14th and then produced a stunning approach to the 15th which pitched inches short of the hole and appeared to flick off the pin.

With Rose lagging his long eagle attempt to three feet, Garcia holed from 15 feet and the pair headed to the 16th tee tied on nine under, three clear of clubhouse leader Charl Schwartzel. 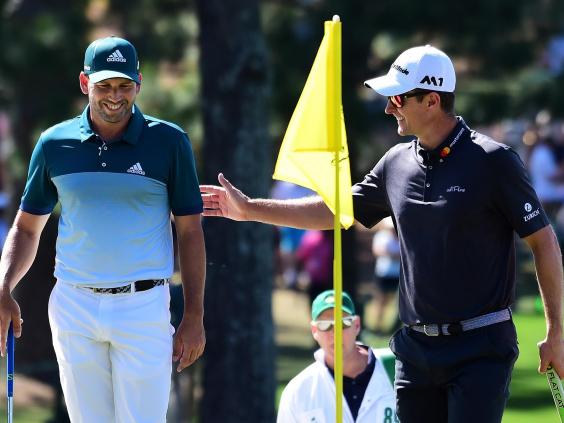 Both players hit superb tee shots into the 16th but although Rose was further away, he had the easier uphill putt and duly converted from seven feet.

Garcia’s attempt was poorly struck and never on line, but when Rose failed to get up and down from a bunker on the 17th, the pair were tied again on the last.

Schwartzel finished alone in third after a closing 68, with Matt Kuchar – who had a hole-in-one on the 16th – and Belgium’s Thomas Pieters a shot behind.