More than 8,500 performers representing 20 different countries are processing the route from Green Park to Parliament Square, which is being televised in the US and other countries.

This year an illusionist is attempting a stunt which risks him drowning.

After extra armed police at the new year fireworks display, a spokesman said there was “appropriate security”. 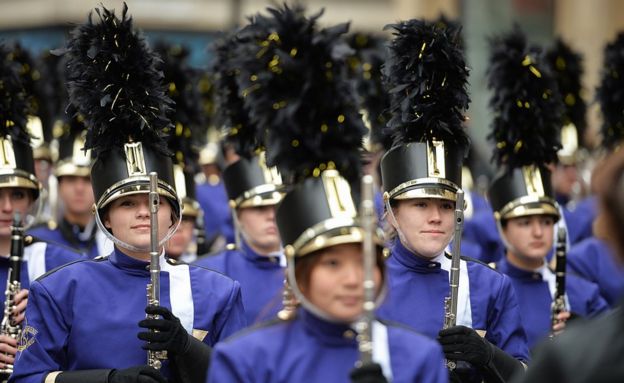 More than 50,000 spectators are expected to watch the free event which has a magic theme this year.

Executive director Bob Bone started the event with his wife Geri in 1987 after they had wanted to take their children out on New Year’s Day and found most museums, theatres, cinemas, restaurants and shops were closed.

He told BBC News in 2010: “We decided then and there not to merely moan – but to do something about it!” 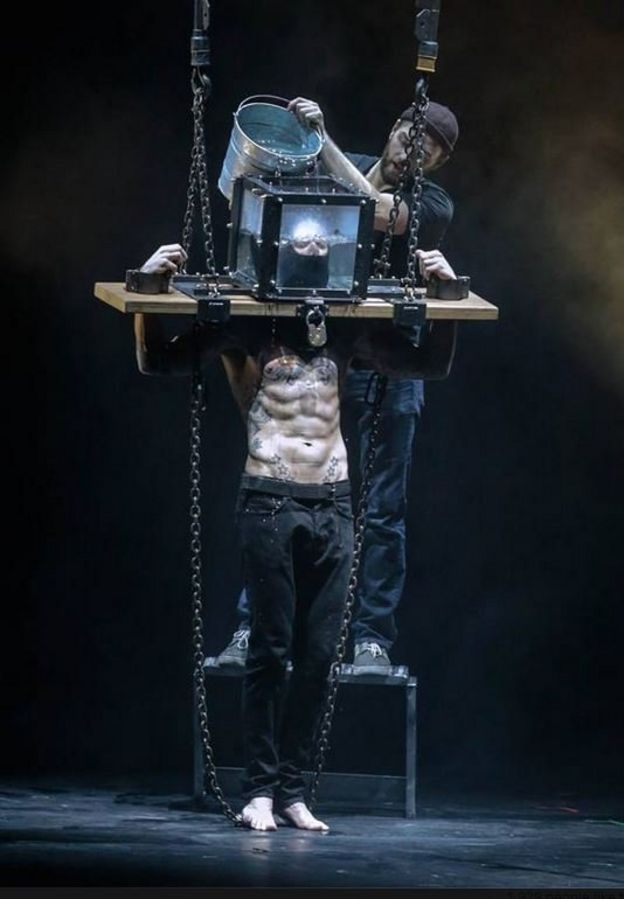 The highlight of the parade is set to be illusionist Darcy Oake, attempting to unshackle himself by unpicking two locks with his head submerged underwater in a glass box.

Canadian Darcy, who appeared on the ITV show Britain’s Got Talent in 2014 said he nearly died twice rehearsing the stunt in the beginning.

“It’s the most death-defying stunt I’ve ever done.”

All the performers will complete the 2.2 mile route by about 15:30 GMT.