Steven Gerrard could be on the verge of announcing his retirement from football after LA Galaxy were knocked out of the MLS play-offs.

Galaxy were knocked out on penalties of the Western Conference semi-final against the Colorado Rapids after ex-Everton goalkeeper Tim Howard got one over his former Merseyside rival.

Gerrard came off the bench with 14 minutes of the game remaining and scored his spot-kick but it was Ashley Cole whose missed penalty proved decisive as the Galaxy’s season ended.

And with the 36-year-old’s contract set to expire, and with no talks about extending the deal, it looks certain that Gerrard has now played his final professional game of football.

Cole appeared to allude to that with a Twitter post after the game as he apologised to Gerrard for the defeat.

He wrote: “Back to LA, sad, disappointed, angry, penalty kicks are there for someone to be a hero today I was not, now is time to think, reflect and put behind a tough season, thank you to my team-mates staff and Everyone involved with La Galaxy, and a special thanks and apology to the legend that is Steven Gerrard I don’t know what’s going to happen but it’s been a pleasure to play alongside you for club and country a true gent now time for the family.”

With the former England captain set to retire, he could head back to Liverpool and take on a coaching role at Liverpool as part of Jurgen Klopp’s backroom side.

Speaking last month, Klopp said: “Steven Gerrard – and this will be a really big surprise – is always so welcome at Liverpool FC. 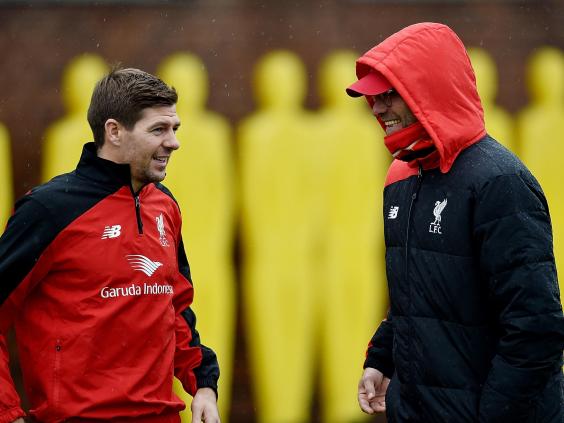 “You cannot imagine how welcome so absolutely no problem, but everything we will talk to each other about will stay in these talks.

“That is how I know Stevie and that is how I am. Nobody should be worried that we don’t have space for Steven Gerrard. Everything will be fine, 100%.”