The authorities in Dubai are trying to find out what caused a spectacular fire to engulf a 63-storey luxury hotel in the city centre on New Year’s Eve.

Firefighters managed to subdue the blaze, but part of the Address Downtown Hotel is still smouldering.

A BBC reporter says a significant fire is still visible on the 20th floor, where the blaze apparently started.

The tower was evacuated and 16 people were hurt. But a fireworks show went ahead at the Burj Khalifa tower nearby.

The Burj Khalifa is the world’s tallest building and an iconic symbol of the United Arab Emirates (UAE).

The BBC’s Marcus George in Dubai says streets around the Address Downtown Hotel have been cordoned off, but boulevards around the Burj Khalifa are open. 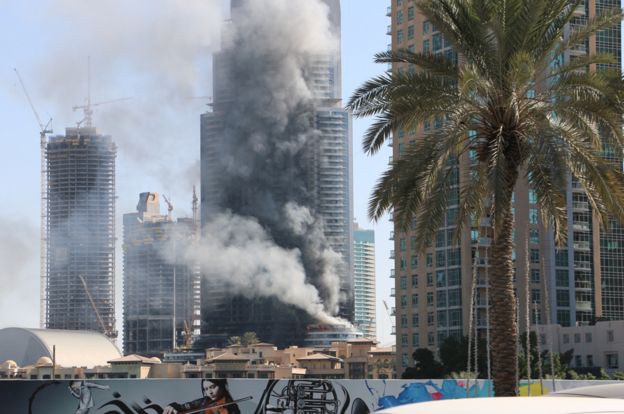 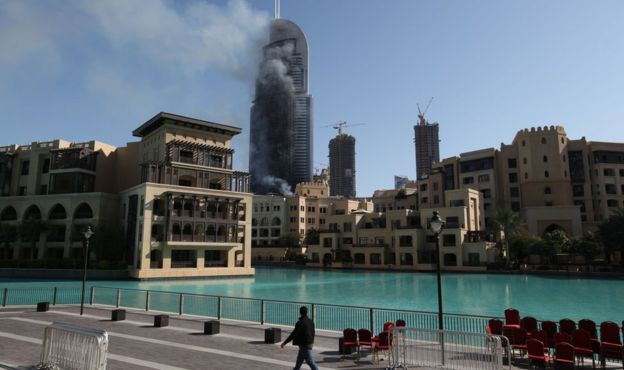 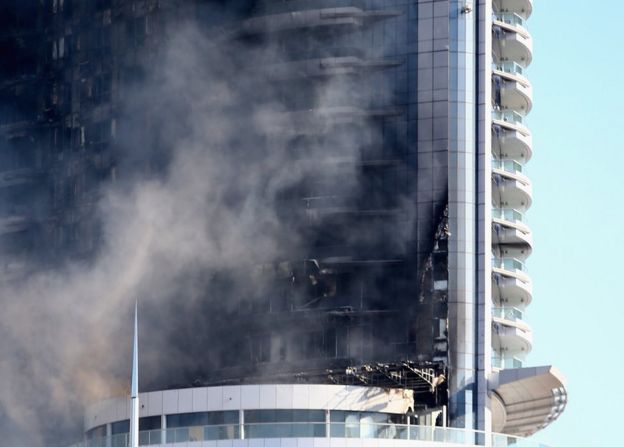 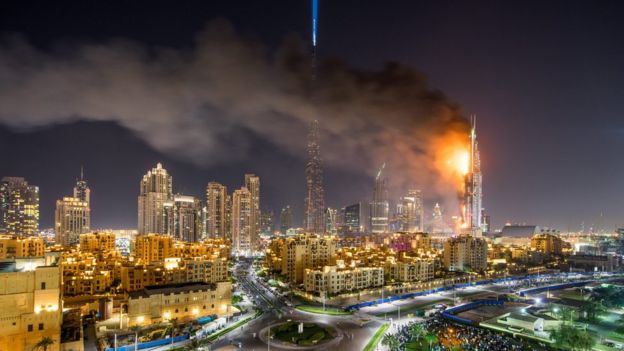 How the inferno dominated the Dubai skyline at New Year

The fire broke out at about 21:30 local time (17:30 GMT) and appeared to engulf much of the Address Downtown, a five-star hotel and apartment complex, within 10 minutes.

The Dubai government tweeted that 14 people had suffered minor injuries, one moderate injuries and there was one “heart attack case” due to “overcrowding and smoke”.

Irish singer Anita Williams, who was performing at the hotel, told the BBC that people left in a “stampede”.

“We left everything. There was debris falling down. It [the fire] just shot up through the entire hotel. 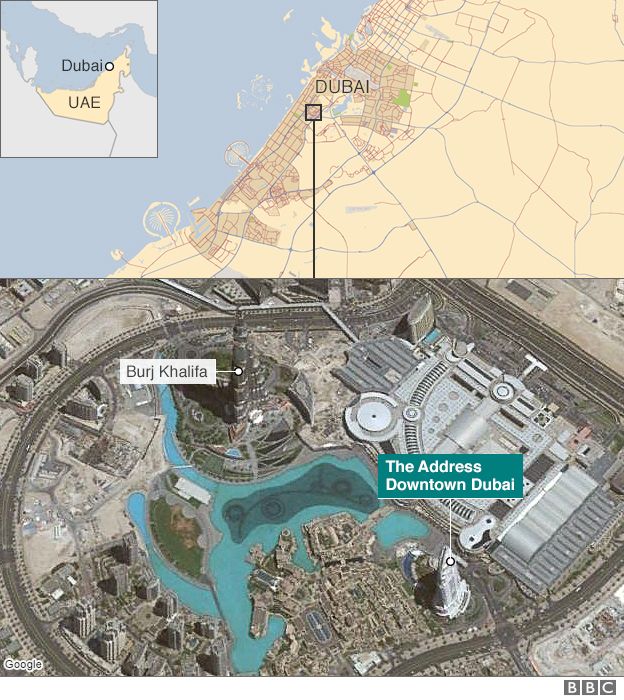 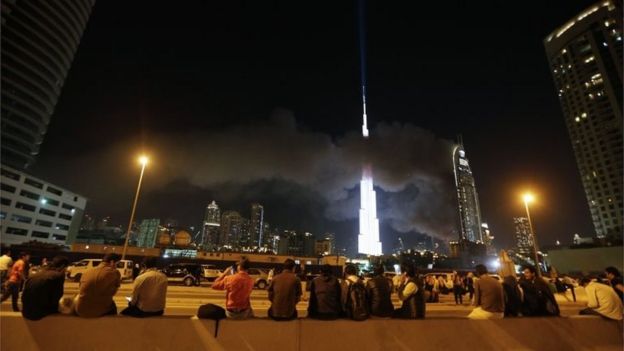 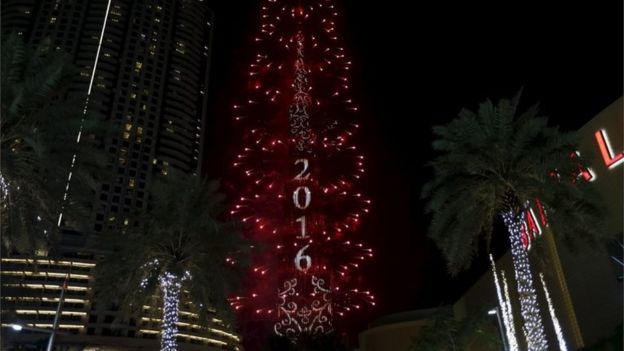 The fireworks display went ahead as smoke continued to billow from the hotel.

Alternative accommodation would be offered to evacuated guests, the Dubai government said.

The BBC World Service Middle East editor, Sebastian Usher, says the display is a huge prestige event for Dubai, and authorities want the images that people look back on next year to be of the fireworks – and not of the blaze.

Tom Stroud, from London, who is staying near to the hotel, said: “It happened so quickly. There was smoke billowing everywhere and people running away.”

A tourist, Michelle Duque told the BBC: “All of a sudden we saw this huge black plume of black smoke coming between the Khalifa Tower and the hotel.

“The flames burst out really big and before we knew it the whole of the Address Hotel was covered in orange flames.”

In this article:Dubai, skyscraper fire