British Airways took delivery of the Boeing 787 three years ago – and from 4 January the airline finally deploys the ultra-long range jet on a really long hop, the 7,250 miles between Heathrow and the Chilean capital, Santiago. Flee the cold dark northern hemisphere with the 10pm flight, touching down after nearly 15 hours next morning in that rare species: a charming Latin American capital.

Spend 48 hours enjoying Santiago’s relaxed ambience, flamboyant architecture and superb food and drink. Then head south to enjoy Chile’s lakes and mountains at the height of summer. The greatest trip starts from Puerto Montt, and takes you across the Andes in a day using a combination of boats, buses and trucks — a route once followed by Che Guevara. SC 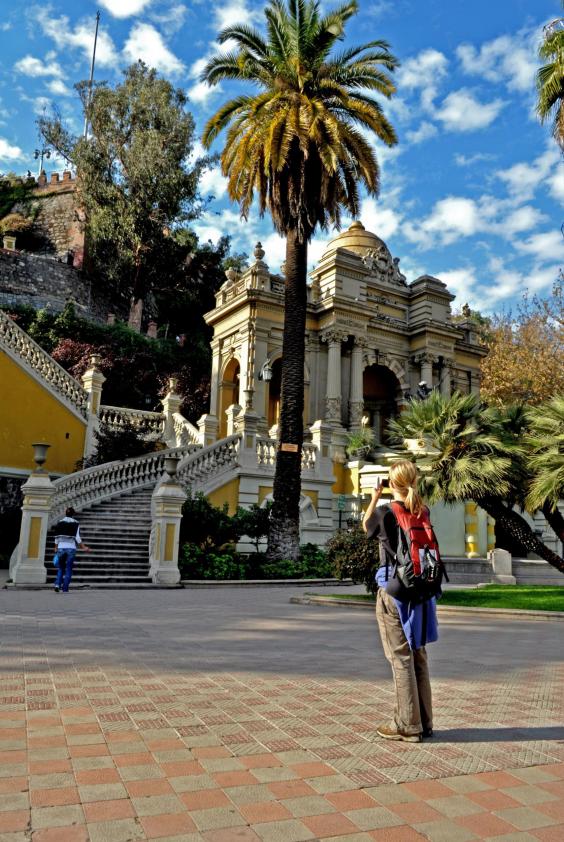 BA is about to take off for Santiago (Turismo Chile)

Only a couple of years ago, some travellers were concerned about visiting Cyprus because of the island’s precarious financial situation. Today, it looks a picture of stability compared with other parts of the world — and a picture of loveliness in terms of culture, cuisine and superb beaches.

​Paphos, in the extreme west, is the arrival airport of choice. About 20 minutes closer than Larnaca, it’s blessed with popular beaches such as Coral Bay (some blissfully empty beaches can be found in hidden coves along the Akamas Peninsula, north of the town). Yet it is also profoundly historic, with an archaeological site with mosaics and rock-cut tombs.

This rich heritage will come to the fore during Paphos’s year in the sun, as European Capital of Culture — shared with rather less sunny Aarhus in Denmark. SC 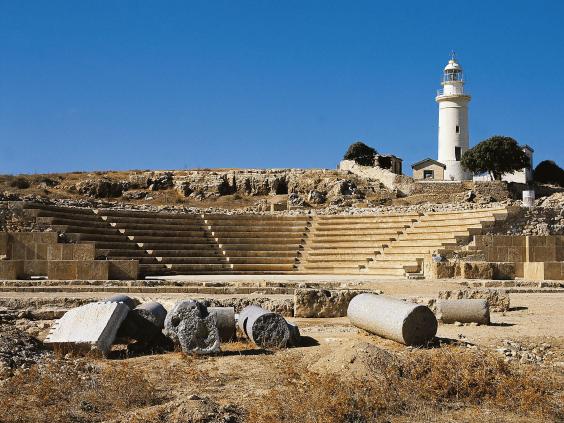 Following peaceful democratic elections in December, which saw opposition leader Nana Akufo-Addo named Ghana’s new president, a CNN report described Ghana as a place where citizens “struggle to obtain food and day-to-day services”. Ghanaians were quick to respond. The hash tag #CNNGetItRight began trending, with everyone from journalists to the country’s First Lady eager to point out that, far from conforming to African clichés, Ghana is booming.

On Independence Day, 6 March, Ghana marks 60 years since it emancipated itself from British rule. There could hardly be a more significant time to go. Looking forward to a new political era, and with its capital, Accra, fast becoming a hub of art and fashion, Ghana has achieved much since reclaiming its freedom. 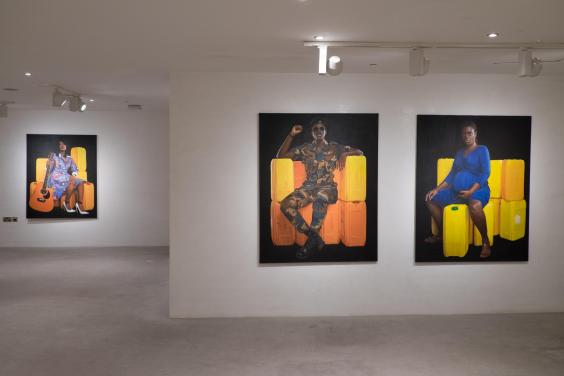 It isn’t the place to live out the age-old Africa fantasy of safari tents, lions and leopards. You go to Ghana to get to know modern Africa, from Accra’s impressive new contemporary art venue Gallery 1957 (responsible for this summer’s social media sensation of an exhibition, Yellow is the Colour of Water), to Carbon, the luxury club founded by Boujis and Mahiki main man Nick House. And – bonus – there are beaches aplenty when you’re ready to slow the pace. LC

The 25 richest, healthiest, happiest, and most advanced countries in the world

You might think February is the best time to visit New Orleans, when the city goes wild for Mardi Gras, but if you’re travelling from the UK it’s worth holding out a little longer. The reason? BA is starting direct flights from Heathrow in March; the first time since the Eighties that the Big Easy has had a non-stop UK connection.

Visit in April and you certainly won’t be short of chances to party. There’s the French Quarter Festival – a long weekend celebrating the city’s culture, music and food, (6-9 April) – or else visit over Easter (16 April), when a series of flamboyant parades take to the streets. Alternatively, do as the musos do and plan your visit around the prestigious New Orleans Jazz and Heritage Festival, which kicks off on 28 April. NT 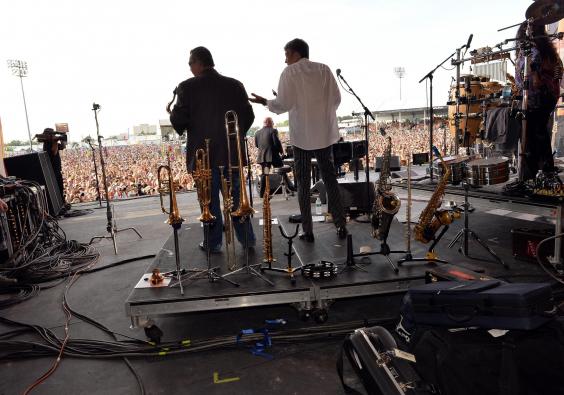 May sees the launch of a brand-new bucket-list train journey – all aboard South America’s first ever luxury sleeper train, the Belmond Andean Explorer. From the same team behind the Venice Simplon-Orient-Express and Ireland’s new Grand Hibernian, this five-star service will travel along one of the highest train routes in the world, whooshing through the plains of the Andes and between Peru’s big-ticket sights, including Machu Picchu, Cusco and Lake Titicaca.

So whether you fancy plush cabins and fine dining while you soak up the spectacular Andean scenery, or simply have always dreamed of doing the Inca Trail (though be sure to let your knees know it’s more of an “Inca Staircase”), May 2017 is a great time to tick it off. LC 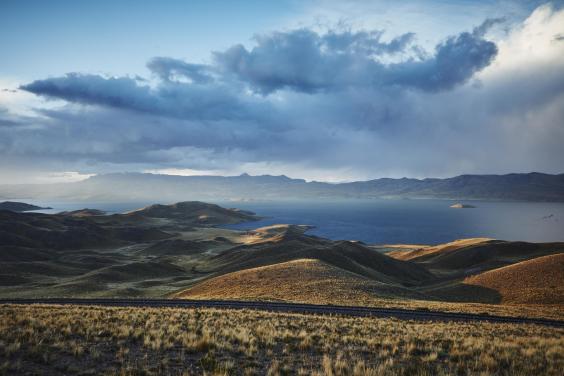 In some former Soviet republics, 2017 will be a year of commemorating the centenary of the October Revolution that led to the creation of the USSR. But Estonia, which later became an unwilling component of the Leninist empire ruled from Moscow, will instead be celebrating another year of freedom.

Tallinn is probably the prettiest of all the capitals of ex-Soviet republics, with a well-preserved medieval Old Town, a splendid collection of grand architecture atop Toompea (“Dome Hill”), and a park — Kadriorg — with a pair of fine art galleries. The superb cuisine and enticing places to stay offer some of the best euro-stretching value in the EU. And the best time to be there? The beginning of June, when the capital is en fete for the Old Town Days. SC 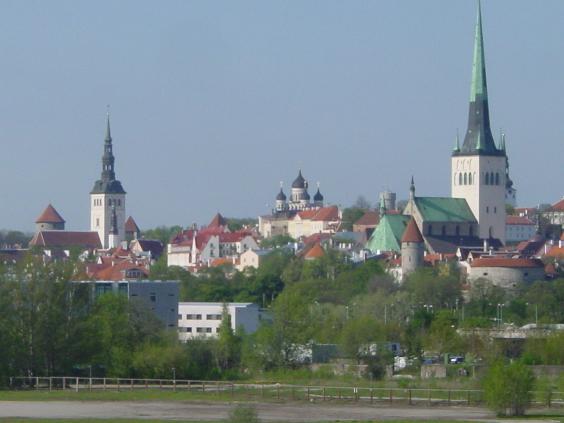 In 2017, Canada marks 150 years since its confederation, starting with the mother of all New Year’s Eve parties in the capital, Ottawa. And visit in summer to see the celebrations reach their peak around Canada Day, 1 July. Vancouver and Toronto are among the cities planning multi-day events, though most of the details are still under wraps.

The anniversary isn’t all about revelry though. To mark the occasion, Parks Canada is offering free entry all year to the country’s 46 national parks, as well as national historic sites and marine conservation areas. Just order your pass online and head off for an epic hike, bike ride or paddle in the likes of Banff, Jasper Fundy or Glacier National Park. NT

Occasionally in travel, everything comes together in the manner of a celestial coincidence. In summer, Portland in Oregon gets a new link from London (Heathrow with Delta, starting 27 May), making this sparkling city more accessible, while Virgin Atlantic starts serving Seattle. And the Cascades train that beautifully connects those two cities to each other and Vancouver, across the Canadian border, gets faster and more frequent.

Best of all, a real celestial coincidence — the greatest solar eclipse in American history — will make landfall at Newport, south-west of Portland, and sweep across Oregon en route to the Atlantic. The morning of 21 August will be a great time to be alive in the sometimes weird and always wonderful Pacific Northwest. SC 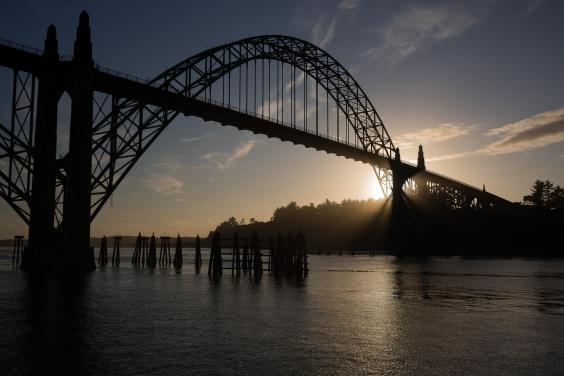 The eclipse will be visible from Newport, Oregon (Shutterstock)

Aarhus is the “other” European Capital of Culture for 2017, but just because we’ve left it for later in the year doesn’t mean it will be playing second fiddle to Paphos. September is a great time to visit, when the weather is mild but you don’t have the tourist crowds of high summer.

Denmark’s laid-back second city has a packed calendar of events to celebrate its new title, including exhibitions, concerts and film screenings – don’t miss the nighttime Full Moon Events. For something a little more unsual, try and catch one of the Life-Boats, three floating sculptures designed to look like different stages in a woman’s life, which are sailing along the coast of the Jutland peninsula until the end of 2017. NT 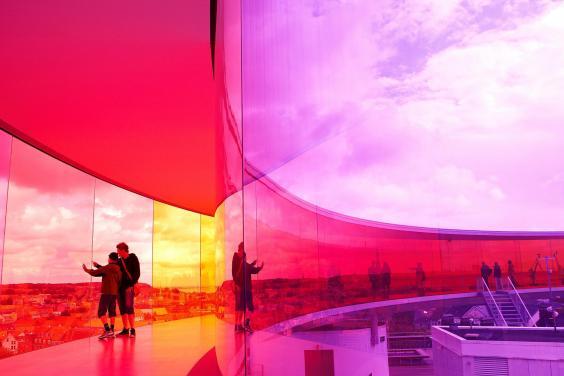 As the gateway to the Terracotta Warriors, Xi’an is on the itineraries of most travellers to China, though more often than not they’ll just be passing through. But this important Silk Road stop, which served as the capital for 13 different ancient dynasties, is well worth exploring further, and in 2017 it’s more accessible than ever before. Tianjin Airlines launches a non-stop flight to Xi’an from Gatwick in May, but hold on if you can until October, when the weather hovers around more reasonable temperatures (generally early 20Cs).

Probably most interesting about Xi’an itself is its Islamic heritage; as the eastern terminus of the Silk Road, it has long been home to a hodgepodge of cultures and religions, and today has a significant Muslim Quarter and the largest mosque in China. Be sure to sample the distinctive Muslim-Chinese cuisine, like spicy mutton stew with unleavened bread, kebabs flavoured with chili and cumin, and shredded charcoal-fired beef stuffed in a steamed bun. Then have a waddle around the nearly 650-year-old city wall, the only ancient fortification in China that still stands unbroken. LC 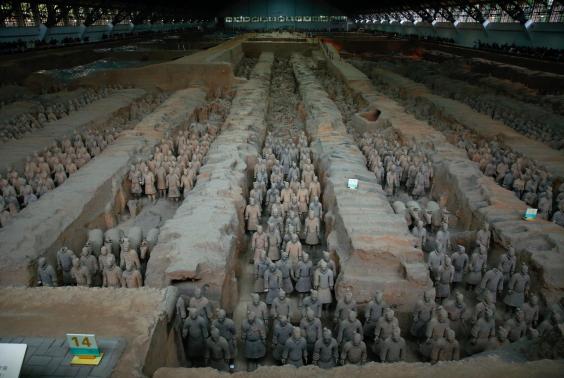 The Terracotta Warriors, found just outside of Xi’an, will be more easily accessible (Getty)

The battle to lay claim to the world’s longest flight continues apace, with Qatar Airways throwing its hat into the ring next year. Its Doha-Auckland connection will steal the mantle from Emirates in March (soon to be overtaken by Qantas’ London-Perth link) – and introduce a new way to get to New Zealand’s most populous city. But it’s best to hold off your visit until later in the year, timing it to coincide with the southern hemisphere’s spring/summer.

New Zealand is known for its incredible landscapes and adrenalin-raising activities, so head to adventure capital Queenstown to immerse yourself in both. Here you can go zip-lining through the treetops in the dark on a new twilight tour, or – by daylight – take a helicopter ride over the mountains and glaciers of the nearby Southern Alps before hiking through Mt Aspiring National Park. Want to stay close to the capital? Try paddling around the secluded bays of pretty Waiheke Island, 22 miles off shore. NT

Take to the water around Waiheke Island (Shutterstock)

Since 1994, you’ve been able to catch a train from London to any European capital you like, so long as it’s Paris or Brussels. From December 2017, Eurostar will increase that choice by 50 per cent — with the addition of the Dutch capital, Amsterdam. Provisional timings indicate two trains a day, each way, taking as little as 3 hours 50 minutes outbound (rather longer inbound, due to security checks).

You go from one cathedral to the railways, St Pancras, to another: Centraal in Amsterdam. The magnificent station should finally be free of building works after more than a decade of disfigurement, providing the perfect overture to a city whose humanity is matched by its artistry. SC