It has unspoilt national parks, pristine sandy beaches, Roman remains and quiet villages, and is often dubbed “the greenest region in Europe.” With those plaudits, you’d think Abruzzo – the region east of Lazio and above Puglia, where you can stand on the powdery peaks of the Apennine mountains and survey the cobalt Adriatic Sea – would be a household name. Yet even regulars to Tuscany, Puglia and the rest of the ‘bel paese’ have never set foot in it.

“Abruzzo is still little known, despite the great beauty it has to offer,” says a spokesperson from the local tourist board. Some put that down to mass emigration after WWII. Others say that in the 1970s and 1980s, when other Italian regions were honing their tourist pitches, Abruzzo was concentrating on industry.

But it’s also because, in most people’s minds, Abruzzo is now synonymous with disaster.

In 2009, a 6.9-magnitude earthquake devastated the provincial capital, L’Aquila a medieval city stuffed with historic buildings and fortresses. More than 45 surrounding towns and villages were hit by the quake; over 300 people were killed, and 65,000 left homeless. 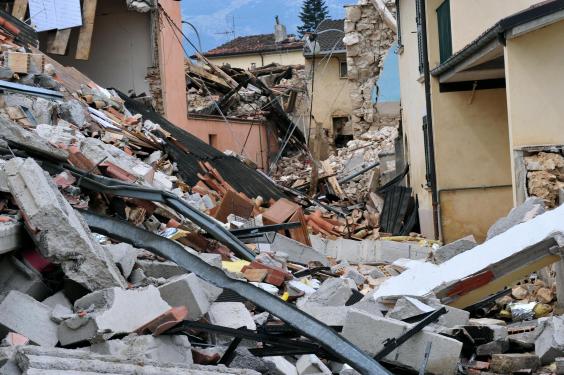 L’Aquila was still in the process of rebuilding when more devastation struck this past January: 29 people were killed in an avalanche at Hotel Rigopiano near Pescara after Abruzzo caught aftershocks from earthquakes in central Italy.

If coping with the emotional toll of these tragedies isn’t enough, Central Italy reportedly stands to lose half of its €9 billion annual income from tourism, and Federturismo Abruzzo, an organisation working to enhance tourism opportunities in Abruzzo, reports a 40% drop in tourism in the region.

Which is where filmmaker Walter Nanni and his film industry friends come in. This week, he launched Uno Spot Per L’Abruzzo: a collaborative, crowd-funded effort by more than 60 film industry professionals. It’s time, they say, to show the world why Abruzzo deserves a place on every Italian travel itinerary.

The three-part television special, which will be completed in May, broadcast on Italian TV and possibly be turned into a feature film, will explore the sights and showcase the peerless views of the underplayed region. 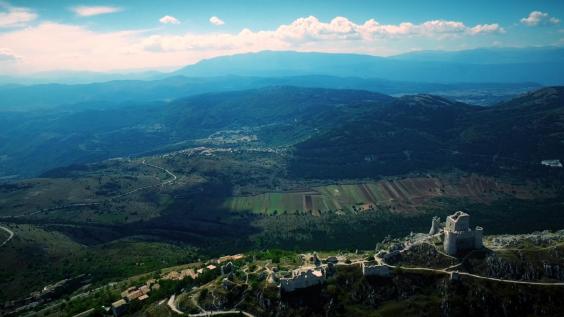 Abruzzo’s landscape is pristine, yet nobody visits (Icaro Droni)

Nanni felt moved to do it, he told The Independent, after the Rigopiano avalanche. “As I watched rescuers shovel the snow and rescue people in danger on the TV, I asked myself, ‘What can I do?’ I realised that my shovel is the camera.”

Dismayed that the news was only showing one side of Abruzzo, Nanni, who was born in Pescara, put out a call on Facebook. More than 60 colleagues – all Abruzzo natives or lovers of the region – responded. Some of the participants include directors Pierluigi Di Lallo and Stefano Chiantini, and screenwriter Gisella Orsini.

“We want to tell Italy and the world the story of the extraordinary beauty of our land,” says Nanni. “We want tourists to discover a unique place, washed by the sea, with two majestic mountains set just a few kilometres from the beach, and with an ancient food tradition that’s full of flavour. A holiday in Abruzzo is one away from tourist traps.” 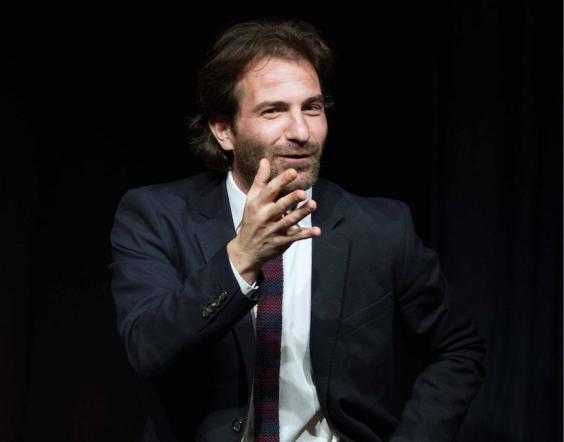 Places covered in the series include medieval fishing village San Vito Chietino, once home to Italian bard Gabriele D’Annunzio, and Punta Aderci, a coastal nature reserve; Abruzzo’s three national parks (Gran Sasso, Majella, and Monti della Laga), home to 100 indigenous species, including the mythical Italian wolf; Rocca Calascio, a mountaintop fortress that stands proud despite damage from past earthquakes; and Roccascalegna, an 11th-century castle clinging onto a limestone bluff thrusting into the sky.

Director Stefano Chiantini, who was born in Avezzano, a town that was destroyed by a notorious earthquake in 1915, filmed two of his films – L’Amore Non Basta and Storie Sospese – entirely in Abruzzo. He says he feels a visceral attachment to his land and that Uno Spot Per L’Abruzzo offers a chance to introduce others to the beauty and strength of Abruzzo.  His tip: visit the Val di Sangro, an enchanting coastal valley by the Sangro River that’s part of “La Costa Dei Trabocchi,” famous for its spindly fishing piers and pristine beaches. 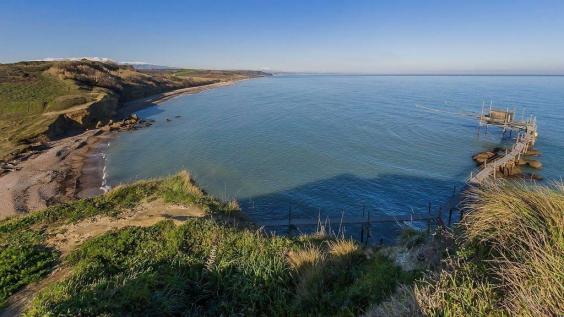 Screenwriter Gisella Orsini, meanwhile, is concentrating on the region’s little visited Roman remains and examples of its Roman presence (back in the day, Abruzzo was a beloved holiday destination for ancient Romans). The Abruzzo she’ll focus on includes Alba Fucens, an archaeological site where remains of Roman buildings, roads, and underground passages stand proud, a 2000-year-old theatre at Teramo, and the Santa Maria de Praediis church, erected in the 10th century using materials from Roman villas and temples.

“Only now are many have noticing the extraordinary tourism potential of this ancient land,” Nanni says. “In the past, Abruzzo’s story has been badly told, without a vision of its future.”

With Uno Spot Per L’Abruzzo, Nanni and his colleagues are building a bridge that unites this region’s antiquity and the modern treasures that await tourists. The new Puglia? You heard it here first.