Six years after the devastating Japanese tsunami, I’m on the edge of what was the disaster zone, watching professionals breakdance over a cocktail mixed by a hip-hop DJ.

Bar Sugar Shack is one of the few places you can get a drink around here. On March 11, 2011, the port of Onagawa was dwarfed and then drowned by an incoming wave that reached apocalyptic heights of over 50 feet. Where we’re sitting is Ground Zero – land that was briefly at the bottom of the sea that afternoon. 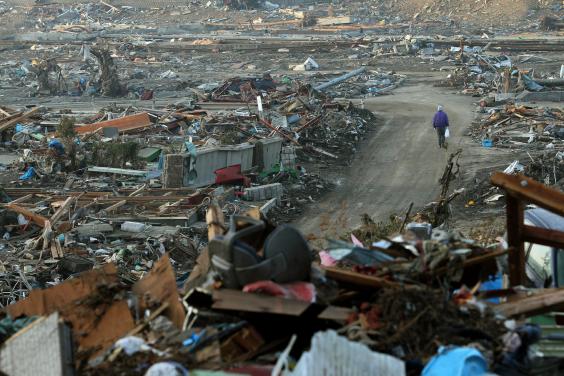 Onagawa was destroyed by the 2011 tsunami (Getty Images)

Tonight, the Bi-Hive Crew, a visiting breakdance troupe, is turning headspins on the dancefloor. Later, Tokyo rapper Rino Latina II will be performing live. Owner and bartender Shuhei Sakimura is himself a hip-hop DJ and street artist. His dream, he tells me, is to host big-name US rappers here in his tiny hometown on Japan’s Tohoku coast, an area which is still recovering from near annihilation. Like who, I ask?

“Like Nas,” he says in a heartbeat, mixing me an Onagawa Highball. It’s a cocktail he developed with representatives from Johnnie Walker whisky, whose Japanese distributors at The Kirin Brewery Company are sponsors of the port’s ongoing recovery.

The brand’s slogan, “Keep Walking,” has been adopted as a kind of motto for the post-tsunami spirit, and a general openness to investment and entrepreneurship has made Onagawa a kind of model village for regional reconstruction. 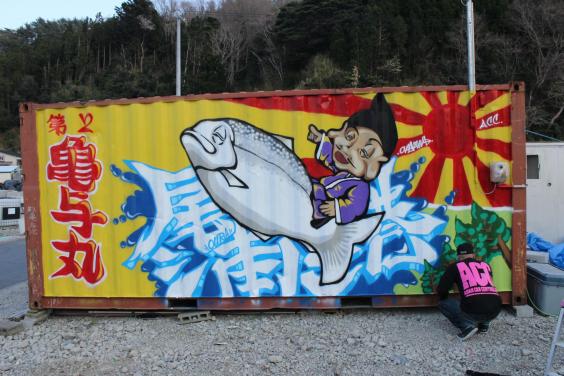 Terms like “hipster” would never have applied to Onagawa before the tsunami. Nothing like this existed here when Sakimura was younger, he says; the only thing for teens to do was hang around outside the train station, and the only work available was in the local fisheries, the town hall or the vast paper mill in nearby Ishinomaki, where he used to work. 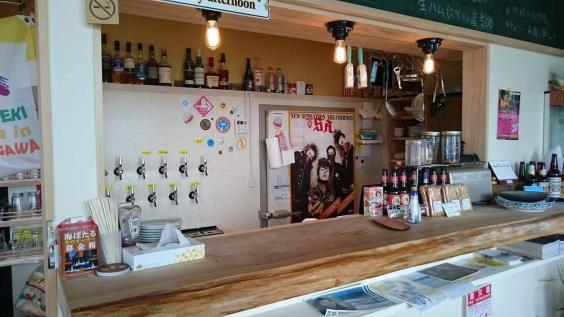 All these buildings and businesses were swept away by the tsunami – along with Sakimura’s childhood home, his grandmother, and his younger brother. But from the shock and grief came a certain resolution. As D-Bons – his street art name – he’s dedicated himself to fostering a creative scene and youth culture in a town that had never really had one. And his art, music and bar have become part of an international effort to remake Onagawa as a viable destination.

The project is based around the word kizuna, meaning something like “heart-connection”, which is how Sakimura describes his art. Fishermen (whose industry has recovered to almost pre-disaster levels) commission him to spray-paint their units with brightly coloured murals and slogans. Domestic travel operator JTB has spearheaded a ‘Tohoku Kizuna’ campaign, highlighting the area’s dramatic shoreline of thick pine forests, sinuous coastal mountains and deep blue fjord-like inlets. 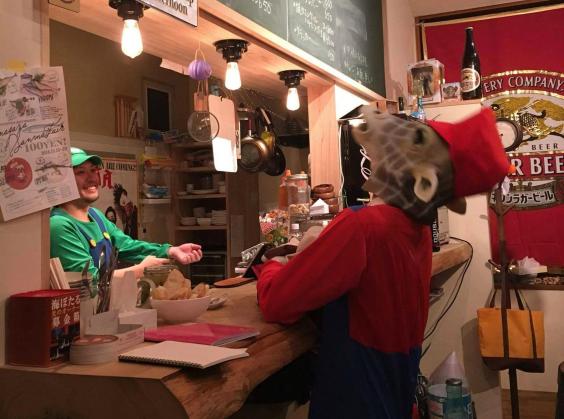 Meanwhile, UK operator Inside Japan – which offered volunteer placements for tourists as part of its post-disaster trips – runs a popular ‘Northern Soul’ package, which brings customers from Britain, Europe and the US to this quiet, rural corner of Honshu island.

Since the wreckage has been cleared, recent itineraries have assigned a native guide from Ishinomaki to relate to visitors their experiences of the tsunami, and survey those razed and haunted areas where the damage is still very much in evidence.

“The idea is to help educate travellers about the tsunami, contribute to the recovery, and highlight the beauty of the region, which is really spectacular,” says Inside Japan’s James Mundy. Japan Rail also offers the popular ‘Kenji’ tour, named after famous local poet Kenji Miyazawa, shuttling day trippers in from Tokyo to pay respects, take photos and spend money in Onagawa.

They arrive on the recently reopened local line at the town’s new train station. Designed by Pritzker Prize-winning architect Shigeru Ban, it’s already a landmark: a luminous, cartoonish-looking structure with a hat-shaped roof that follows the contours of surrounding mountains. 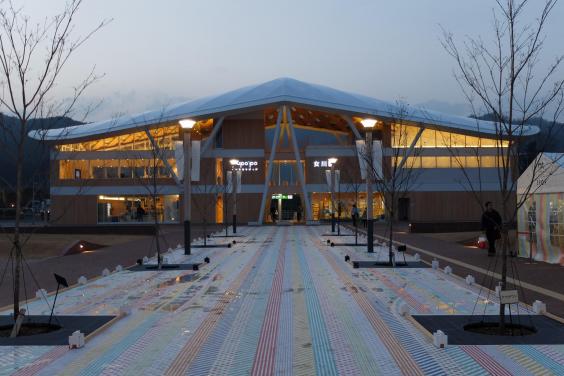 For my visit, town schoolteacher and outdoorsman Ikuo Fujinaka invites me on a trek up a peak called Kuromori, where he’s been commissioned to map out routes for hiking trails and nature walks. Some of these are traced over older, overgrown footpaths, lined with Shinto shrines placed long ago to appease those capricious wind and water gods who both threaten and protect fishermen.

From the hushed, cedar-covered summit we can hear the earth-movers clearing and terracing hillsides for new housing at safer elevations, well above sea level. This enormous project has delayed the town’s return to life. Like thousands of others who lost their homes, Fujinaka himself has been consigned to a cramped emergency housing unit since the tsunami, though his own plot of land is finally ready for building. He has mixed feelings about the altered, tourist-oriented Onagawa that seems now to be taking priority, but he understands the thinking. 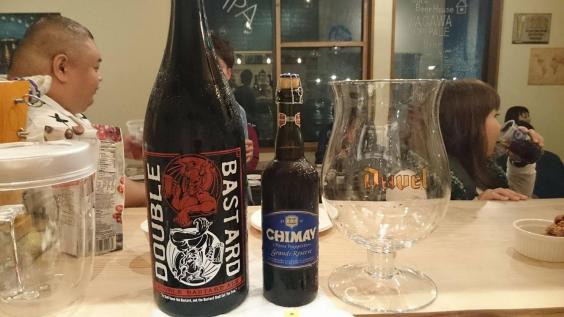 Craft beer is now a thing in Onagawa (Yosuke Komatsu)

“Before the disaster, this was an old town, for old people,” he says. “I’m old too, but I know we need more young people to survive.” He’s less sure that Onagawa actually needs a hip-hop venue like Bar Sugar Shack, or a craft beer bar, but he’s willing to give them a try.

We end the day in Garuya Beer Bar with pints of Onagawa Ale. The evening rolls on, and the place fills up with a cross-section of the post-tsunami community. Fujinaka knows many of them: town planners, fishing boat owners, geriatric care workers from the hospital up the hill.

Others are strangers, shoppers, sightseers, happy to be here and keen to mingle. We talk about the beer, the weather, Donald Trump. We toast to new homes and beginnings. There’s a lot of laughing, and no mention of the tsunami.

Onagawa is best reached via Sendai, the biggest city in the region and the nearest major transport hub. Asiana and ANA operate flights from London to Sendai via Incheon, Seoul, from £747 return. Alternatively, the Shinkansen bullet train runs from Tokyo. Local JR bus and train services run to Onagawa via Ishinomaki.

Inside Japan’s Northern Soul package includes a visit to the region and a guided tour of the former disaster area by a local survivor. The trip is 14 nights and costs from £3405, excluding international flights.

Ishinomaki is the best option for accommodation, as many hotels and ryokans (traditional Japanese inns) there have reopened since the disaster. Kikuchi Ryokan provides warm, Tohoku-style hospitality in a traditional family-owned inn. Doubles form £57, B&B.