A super-rare Supreme tee featuring a portrait of Donald Trump has sold on eBay for a $23k following his presidential election win.

Originally created in 2003 as part of the Supreme x Andrei Molodkin collaboration, the t-shirt has rarely been seen until now.

It did pop up on Grailed – a community marketplace for men’s clothing – back in March where it was sold for a confirmed $1500. 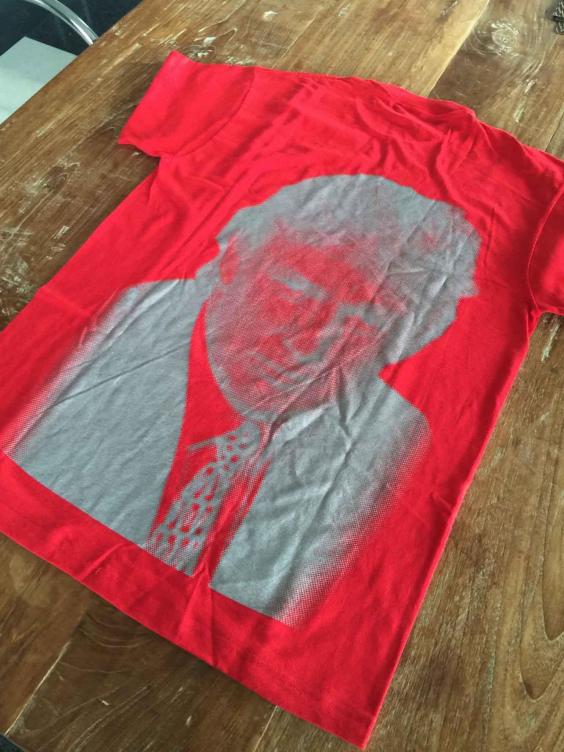 And, maybe that senseless five-figure sum isn’t so unrealistic after all.

While the markets may have plummeted following Trump’s shocking win, the price of this one-of-a-kind tee hit the roof and has now sold for a whopping $23k.

Just think, if the person selling this is the same person that bought it for $1500 earlier this year, they could be set to make an insane amount of money. 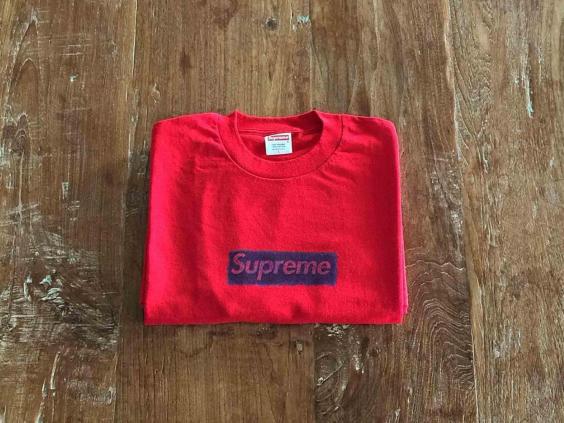 The 1-of-1 t-shirt features a portrait of Trump on the back which was created by Molodkin – an artist known for his subversive political messages – using intricate dot work in reflective 3M detailing. There’s also a navy blue box logo on the front.