By Tony Middlehurst and Rob Hull For Thisismoney.co.uk

Most consumers not only dislike the process of buying vehicles from them but a recent Auto Trader survey also highlighted that used-car sales men and women are the least trusted professionals in the country.

So how do you avoid being ripped off by one? We spoke to an undercover sales exec to find out. Secrets of the car salesman: An unnamed motor dealer has given 10 tips buyers should know about before stepping into a showroom to negotiate on a new or used vehicle

1. Asking ‘what is your best price?’ won’t work

The best way to approach a sales exec is to be fairly up front. Say what you want, as asking questions like ‘what is your best price?’ is too nebulous – and at that point the best price is the one on the sticker.

Bear in mind that if a car has been on the forecourt for a while it’s probably already been discounted and there won’t be much margin left in it, so you may not get the deal you imagined.

2. Hit dealerships at the end of sales quarters

When the sales quarters are nearing an end dealerships are very keen to hit targets, and if that means selling a vehicle at a loss to hit the bigger target, and therefore bigger income, they will.

The sales exec mentioned selling a van for a £1,000 loss – but to them the bigger picture made it worth it.

3. Rethink the value of your part-exchange vehicle

If you’re part-exchanging a car the most sensible course is to have a figure in mind, which is what you’re prepared to pay for the notional cost of the new vehicle minus the notional value of your old vehicle.

Getting hung up on just the value of your old car doesn’t really help the whole process along. Be honest and upfront then the dealer can see if they can make the deal work.

If the figure you want and the figure the sales exec offers aren’t far apart then be prepared to leave your details and then leave yourselves. It’s a risk, but the dealership may well call you back sooner rather than later. 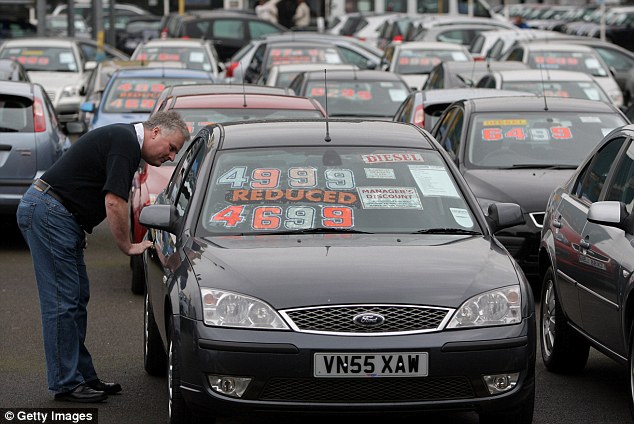 Dealers will avoid engaging with buyers who single out every single small issue with a vehicle for sale, the sales exec told us

4. Don’t be a buyer dealers want to avoid

There are some customers that sales execs learn to avoid. The anonymous salesperson reckons it’s a sixth sense you quickly pick up.

Signs include someone looking at a £2,500 car picking up every single niggly little thing, which of course is priced in, and demanding big discounts. They’ll go through all the paperwork in detail and they’ll start shouting about their rights under the Consumer Rights Act or Sale of Goods Act at the first instance.

Such customers may well find the dealership simply won’t engage with them in selling them a car.

Test drives can also be challenging.

At the dealership under discussion, about 20 per cent of test drives result in a ‘moment of concern’ and about 10 per cent are ‘properly scary’.

Our secret sales exec still remembers working at a dealership where a salesman went out with a customer on a test drive, whereupon she veered across both lanes of a dual carriageway and up a bank, before the car rolled five times. She walked away. The salesman died.

6. Dealers are well aware that diesel is under pressure

In the overall picture, diesel demand is falling.

The dealership view is that there were too many diesels sold, so now there is a glut on the market. Expect that to continue and for used dealers to know you have plenty of choice elsewhere, so striking up a deal might be favourable to them.

That said, despite fewer people looking for diesel cars – both on the new and used market – values for older cars are on the rise as motorists are looking for fuel efficient models that avoid new taxation introduced by the government.

Getting a discount on a new model will be much easier.

7. Don’t be put off by low-mileage ex-fleet vehicles

Speaking of cheaper cars, there are a lot of cars around with low mileages and all less than a year old.

Where do they come from? A variety of sources, including demonstrators, courtesy cars, ex-daily rental, bodyshop courtesy cars, cars used by dealers and management and even those sold under preferential purchase schemes.

A recent Advertising Standards Agency ruling in January dictates that any used car sold by a dealer requires a declaration of whether it was formerly a fleet or rental vehicle, after lawyers suggested buyers could be entitled to a full refund if they were mis-sold a second-hand car without knowing its background

However, these models shouldn’t be vetoed completely.

Why you should consider an ex-rental, fleet or lease used car

Car finance expert Graham Hill explains: ‘Before writing off ex-hire or fleet cars as viable options, it’s important that you look at more than just previous owners as an insight into the car – you need to consider mileage, condition and service history too.

‘Also don’t fall into the trap of tarring these all with the same brush as each case is different.’

‘Ex-hire cars might seem like the obvious candidate to avoid as they would have had several drivers with different driving skills and cause ‘wear and tear’.

‘It’s not all clear cut though. Some main dealers and other new car retailers buy their cars very cheaply by registering the cars in the name of a car hire company in a practice called ‘pre-registering’. This enables the dealer to sell the car at a big discount as it is considered a used car, even though there is no mileage on the clock.

‘In this case, a cursory glance at the previous owner would give little to no insight into the actual condition of the car itself.’

‘Fleet cars, which have been caught up in this ruling, are a different beast altogether.

‘Fleet drivers often have their vehicles held to higher account than your average punter – it’s not unusual for fleets to penalise their drivers for not keeping the condition of their cars up to scratch.

‘Fleet drivers are often as close to professionals as you will get so the cars generally aren’t thrashed and invariably the cars only have one owner who, through his contract of employment, treats the car as his or her own.’

‘The most misleading assertion is around lease cars though. All cars taken on contract hire – i.e. a lease – are registered in the name of the leasing company which naturally puts buyers on the defensive.

‘The fact is that all lease cars, whether leased by a private individual or a business, have to conform to a very strict set of rules regarding service and maintenance, as well as body repairs.

‘If the rules are not adhered to, the lessee will be charged by the leasing company so drivers take very careful care of the cars to avoid any unnecessary end of lease charges. It would be wrong to assume that a lease car is in any worse condition than a privately owned car.’

8. Sales staff get commission for GAP insurance and paint protection – so don’t fall for the hard sell

Sales executives don’t make much money out of adding options to the car, but ‘good money’ is made by add-ons like GAP insurance, paint and interior protection.

GAP (Guaranteed Asset Protection) insurance covers the shortfall between what you paid for the car and the amount your insurer will pay out should it be written off.

GAP insurance is commonly offered to buyers of new and used vehicles and the cover is available for one, two or three years.

Selling this as an additional package to customers would add £300 to £500 to the salesman’s commission on a profitable used car sale.

But when you consider that new vehicles lose on average 60 per cent of their value after three years, this is one add-on that used-car buyers generally don’t need to pay for. 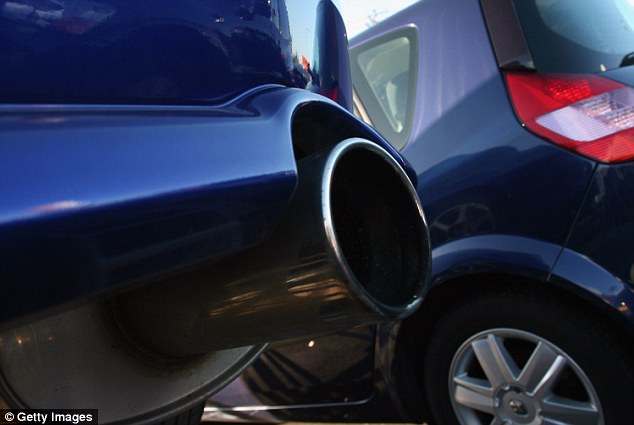 You might think dealers are making a profit, but they’re having to cover the cost of guaranteeing that the motor is roadworthy

9. Don’t forget that making the car roadworthy comes at a cost for dealers

Don’t underestimate the cost to dealers to make a car roadworthy – and then offer a warranty on the model you’re buying.

For example, if you had a £4,000 used car to sell, the dealer’s gross margin would be about £1,300, but out of that would need to come reconditioning costs, MOT if applicable, servicing, valeting and so on, so the average profit would fall to about £400 or 10 per cent.

The slightly surprising revelation from the unnamed dealer was a reminder that, behind the figures, this was all about a personal interaction.

Worth bearing in mind, so be nice and strike up a conversation that makes their day better.