I never thought I’d be paid to listen to audio erotica at work, but two hours before the end of Monday it’s happening – and I’m uncomfortable about it. 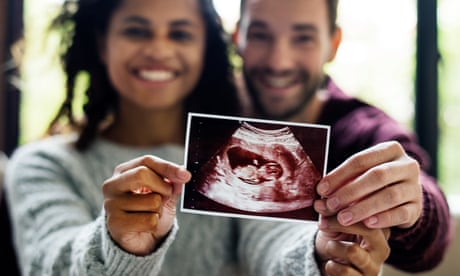 The truth about the clitoris: why it’s not just built for pleasure

The first one I listen to on Dipsea features a woman and her male partner who she has just bought a house with (it has been downloaded more than 70,000 times).

The series is called Fixer Upper, and contains a number of short segments. To begin, a guy called Henry tells his partner Des he’s having a problem fixing their new house. He’s found some unexpected electrical cables in the living room wall and now they need to whack a big hole in it. Des starts to swing at the wall – presumably with a hammer – and Henry encourages her, standing behind to instruct on her swing. It moves quickly into heavy panting, and before you know it you can hear them kissing. (Personally, I found these noises offensive – who wants to hear wet, squelching kisses?)

Then comes moaning and … well, you get the gist. The clip is punctuated by hilariously respectful dirty talk (“I love your strong legs!”) and finishes six minutes later.

Fatima sometimes listens at home with the lights down low, other times while washing the dishes – but always when her husband isn’t nearby. She says he found it so funny when she first told him she was listening that she vowed to never let him know anything more about it.

I ask her why it’s so hard to imagine a man getting off to it – and why her partner had this reaction. “I think the whole app is unashamedly catered to female sexuality, which is an absolute plus,” she says.

Dipsea was in part inspired by a study showing up to 90% of women use their imagination to get turned on. That idea was confirmed in Quinn’s own research, in which it asked a small group of women about their arousal.

With audio erotica, Fatima says, her body feels more engaged. She feels more mentally stimulated and present, and more sensitive. This disconnect is something Quinn aims to capitalize on: women it surveyed said they often felt a disconnect between their bodies and their minds during arousal, sometimes finding themselves physically turned on but not mentally, or vice versa. Part of the aim of Quinn’s audio content is to make the experience more active.

For Fatima, that’s definitely the case. Sometimes she envisages herself in a scene; other times the characters are strong enough that she imagines them. She describes it as like the difference between watching a film and reading a book – and says she has seen improvements in her overall creativity since she started listening.