Three days on from a miserable coach journey home from FA Cup defeat at Chelsea, Jose Mourinho and Manchester United encountered another bus, this one parked by the Russian side FC Rostov, before Juan Mata’s 10th goal of the season carried them through to the quarter-finals of the Europa League.

United thus joined Leicester City as the only Premier League representatives in the last eight of Europe’s two tournaments although it may have come at a cost, with world record signing Paul Pogba limping out of the action early in the second half with an apparent hamstring problem and Daley Blind suffering concussion.

Perhaps the Pogba injury, and a patchy second half performance from United, could be put down to that “promenade on the M6,” as Mourinho quaintly described a return from Stamford Bridge that ended at 4am on Tuesday.

But, thanks to Mata’s 70th minute goal, at least the evening also ended in progress to the last eight. Mata won the ball in his own half, passing to Zlatan Ibrahimovic whose excellent pass sent Henrikh Mkhitaryan away down the right. 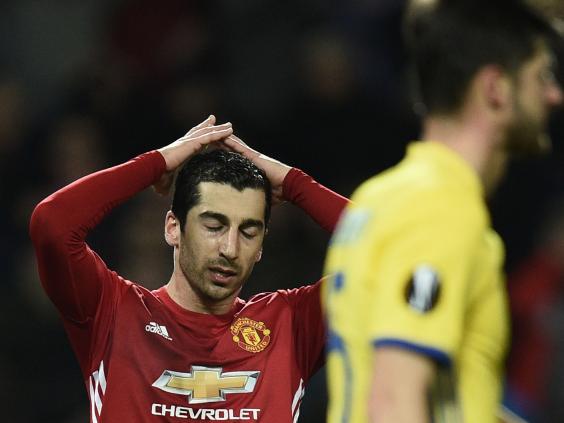 His cross was met by Ibrahimovic six yards out and his clever back heel steered the ball into the path of Mata who converted comfortably at the far post.

A first half of relentless United pressure had been established after just four minutes, when Daley Blind drifted in a corner which was met by Marcos Rojo, the defender’s header being saved by Nikita Medvedev with Ibrahimovic’s follow-up shot skimming the post on its way into the side-netting.

It appeared like being a long evening for the Russians, especially given their fragile condition in Manchester where injury and suspensions had seen them reduced to travelling with just 15 players and naming four substitutes to their bench. 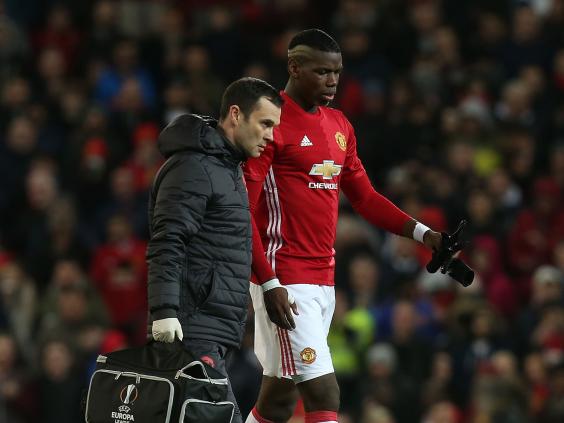 Mkhitaryan, an increasingly elusive figure for the Russian defence, sliced a shot wide before Mata’s pass was collected by Ibrahimovic who rounded Medvedev but was forced to a wide angle and could only chip his shot over.

Ibrahimovic was also starting to stamp his authority on proceedings, dropping short to orchestrate play and starting a 27th minute move which ended with Mata touching the ball onto Mkhitaryan who appeared to be pushed by Medvedev as they competed.

The pressure was building. Two minutes later, Mata’s fine, weighted pass played Mkhitaryan clear and the Armenian raced away from a flat back line before steering a low shot inches wide. 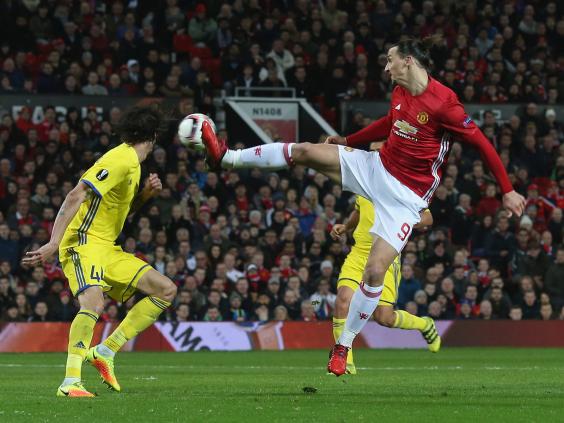 And Mata’s pass soon sent Ibrahimovic scuttling into the area, allowing him to cut inside a defender and send a powerful shot that ricocheted to safety off the inside of the right-hand post.

It may, technically, have been a nervous situation for Mourinho with the tie all square and United “leading” only by the virtue of their first leg away goal but at this point it was hard to envisage any threat to United advancing.

There was still time for Pogba to make room for himself tidily, just outside the Rostov area, despite the attention of the massed ranks of yellow-shirted defenders but his well-hit left-foot shot was saved by the diving Medvedev. 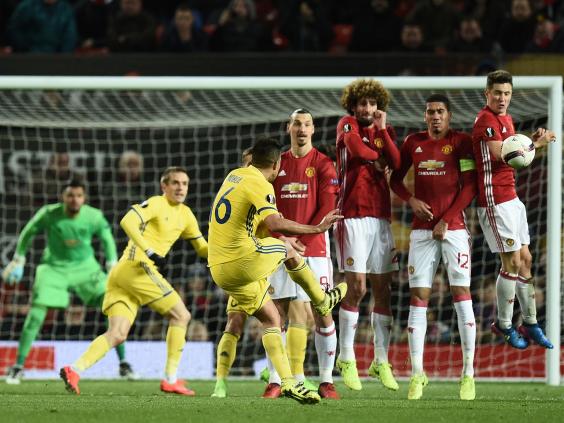 The second half did not begin well for Pogba, or United, however when the Frenchman limped off and soon there was another moment of genuine concern when Rostov’s Sardar Azmoun produced his team’s first real effort, a shot from the edge of the area which the diving Sergio Romero turned around the post.

It was the start of an anxious 15 minutes for United, especially when substitute Aleksandr Bukharov added muscle to the Russian attack, although increased Rostov possession allowed United to play more on the counter-attack and take the lead.

Bukharov provided more concern after 78 minutes with a header which the alert Romero again saved well and, with literally the last kick of the game, Christian Noboa’s 94th minute free-kick was tipped over by the United keeper.