Japan has again been forced to confront its work culture after labour inspectors ruled that the death of a 31-year-old journalist at the country’s public broadcaster, NHK, had been caused by overwork.

Miwa Sado, who worked at the broadcaster’s headquarters in Tokyo, logged 159 hours of overtime and took only two days off in the month leading up to her death from heart failure in July 2013.

A labour standards office in Tokyo later attributed her death to karoshi (death from overwork) but her case was only made public by her former employer this week.

Sado’s death is expected to increase pressure on Japanese authorities to address the large number of deaths attributed to the punishingly long hours expected of many employees.

The announcement comes a year after a similar ruling over the death of a young employee at Dentsu advertising agency prompted a national debate over Japan’s attitude to work-life balance and calls to limit overtime.

Matsuri Takahashi was 24 when she killed herself in April 2015. Labour standards officials ruled that her death had been caused by stress brought on by long working hours. Takahashi had been working more than a 100 hours’ overtime in the months before her death.

Weeks before she died on Christmas Day 2015, she posted on social media: “I want to die.” Another message read: “I’m physically and mentally shattered.”

Her case triggered a national debate about Japan’s work practices and forced the prime minister, Shinzō Abe, to address a workplace culture that often forces employees to put in long hours to demonstrate their dedication, even if there is little evidence that it improves productivity.

The government proposes to cap monthly overtime at 100 hours and introduce penalties for companies that allow their employees to exceed the limit – measures that critics say still put workers at risk. 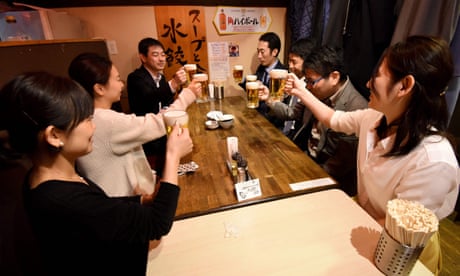 In its first white paper on karoshi last year, the government said one in five employees were at risk of death from overwork.

More than 2,000 Japanese killed themselves due to work-related stress in the year to March 2016, according to the government, while dozens of other victims died from heart attacks, strokes and other conditions brought on by spending too much time at work.

According to the white paper, 22.7% of companies polled between December 2015 and January 2016 said some of their employees logged more than 80 hours of overtime each month – the level at which working hours start to pose a serious risk to health.

Research shows that Japanese employees work significantly longer hours than their counterparts in the US, Britain and other developed countries. Japan’s employees used, on average, only 8.8 days of their annual leave in 2015, less than half their allowance, according to the health ministry. That compares with 100% in Hong Kong and 78% in Singapore. 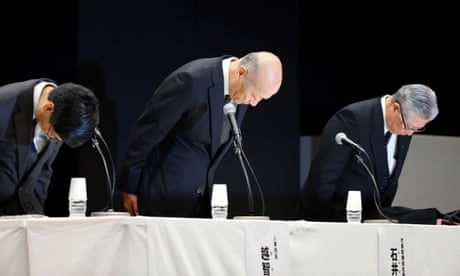 Masahiko Yamauchi, a senior official in NHK’s news department, conceded that Sado’s death reflected a “problem for our organisation as a whole, including the labour system and how elections are covered”.

Yamauchi said NHK had waited three years to make Sado’s death public out of respect for her family, according to Kyodo news.

In a statement issued through NHK, Sado’s parents said: “Even today, four years on, we cannot accept our daughter’s death as a reality. We hope that the sorrow of a bereaved family will not be wasted.”