Francesco Totti ended his 25-year Roma playing career with his 786th and final appearance during Sunday’s 3-2 win over Genoa on the final day of the Serie A season.

The 40-year-old came on as a 54th-minute substitute for his only club and is now expected to become a Roma director – although there are rumours he could play on elsewhere.

Here BBC Sport looks at his career landmarks, his highs and lows and what legends of the game had to say about the Roma icon…and the fan who turned up in a wedding dress to see him. 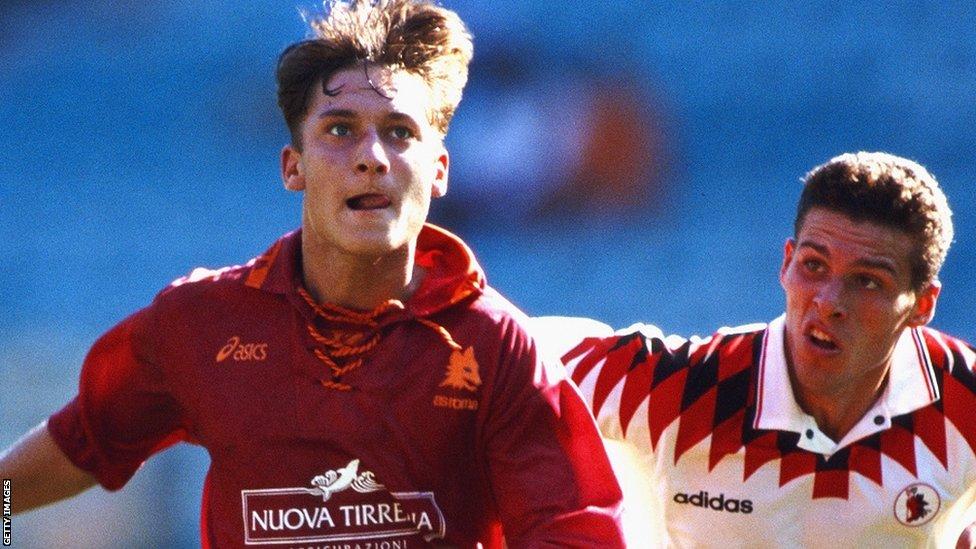 Francesco Totti was just 16 when he made his Roma debut as a substitute in a 2-0 victory at Brescia on 28, March 1993. He made another appearance that season and followed up with 10 games in the 1993-94 campaign, scoring his first goal for the club against Foggia

Read more at BBC.co.uk
In this article: