No Gareth Bale in the squad due to injury gave Isco the chance to show what he can do as he has been when Zinedine Zidane has fielded weaker sides this season. The Spaniard has been linked with a move away from the Bernabeu but it is more likely that James Rodriguez will be the man to get the chop. While the BCI replaced the BBC on Tuesday night, a change in how Cristiano Ronaldo plays could mean it will become the BCI permanently – only with Bale and not Karim Benzema representing the B. 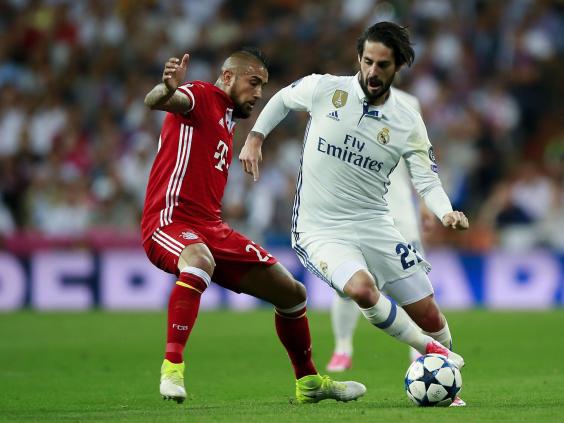 Isco’s fine form could break up the BBC frontline (Getty)

Zidane fends off the sack

A strange thing to say for a manager who is leading La Liga and won the Champions League last season but Zidane admitted before the first leg that he wasn’t planning for next season just yet, given the trigger-happy Florentino Perez’s nature with managers. The Spanish press suggested his time could be nearing the end too but despite losing in the 90 minutes, he scraped through thanks to that man Ronaldo, who frankly is good enough to keep any manager his job. Scoring six goals against a side like Bayern Munich should at least buy you until the end of the season, even at Real Madrid. 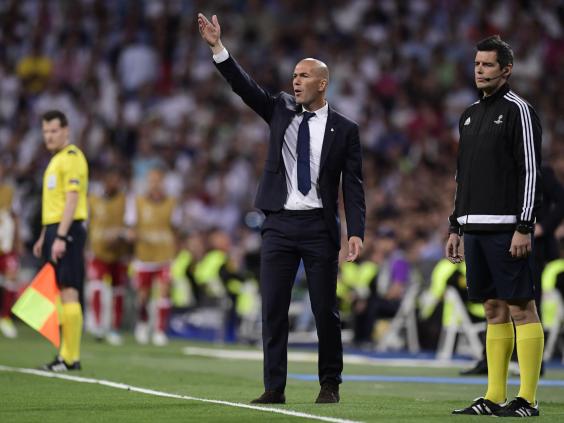 Not quite a new Ronaldo

After leading Portugal to European glory and the way he led from the sidelines, Ronaldo appeared to have matured as he entered his 30s. For Real Madrid he has become more selfless, not intent on making it the Cristiano Ronaldo Show, but more interested in working as a team. However, against Bayern he looked more like the selfish, goal-hungry forward he has for the majority of his career. He wasted two chances in the first half, opting to shoot from a near-impossible angle, rather than pass – both times not troubling Manuel Neuer. However, he is now happy to play the decoy and make the runs to create space for midfield runners – something Toni Kroos nearly took advantage of. But in the end, can you really complain if Ronaldo hasn’t completely changed? He bagged his 98th, 99th and 100th Champions League goals to send Real through and stick two fingers up to any critics who believe he his nearing his end. 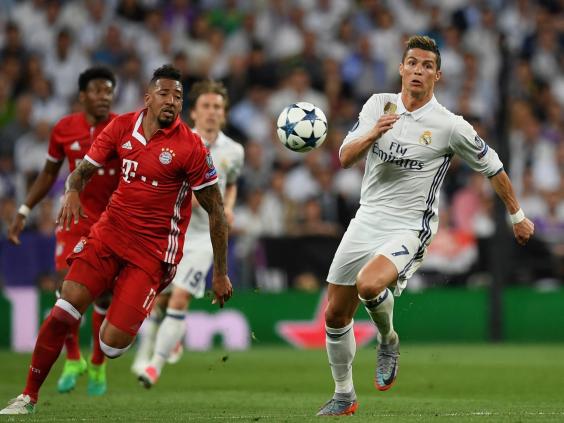 Bayern no plan B

Robert Lewandowski’s return to the side provided Bayern with that focal point they missed in the first leg and boy did they play to it. The full-backs threw in cross after cross after cross towards the Pole’s head but Sergio Ramos and Nacho defended resolutely. And there didn’t appear to be a plan B when they were continually frustrated. This tactic, with the full-backs freely overlapping, left them susceptible to the break, which is when Real looked most dangerous.  It took a penalty to break the deadlock in the end. And a slightly contentious one, as it always is with Arjen Robben, at that. 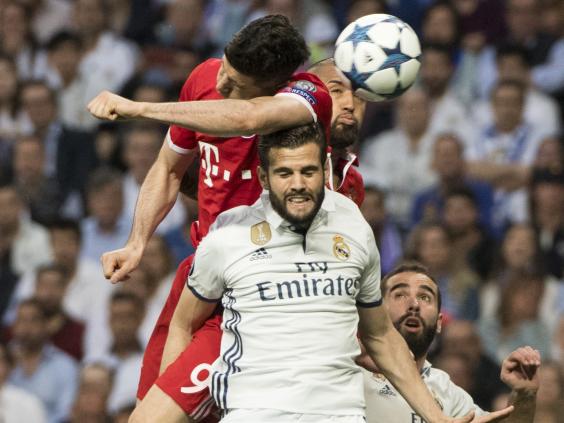 Lewandowski returned after missing the first leg through injury (Getty)

In a game with two teams brimming with attacking talent, it was the defences that ruled the game. Real’s centre-back pairing fended off crosses from every angle and direction to stop the returning Lewandowski getting on the end of them. At the other end of the field Mats Hummels and Philippe Lahm but put their bodies on the line with goal-saving blocks to deny Ramos and Kroos respectively. With the game as stretched as it was, this last-ditch defending was the norm in the Spanish capital, and it was executed superbly in a breath-taking match. That was, until Ramos’ bizarre own goal.