Schools in Beijing are to close and outdoor construction to stop after the Chinese capital issued its first “red alert” over smog levels.

The red alert is the highest possible, and has not been used in the city before, the state-run Xinhua news agency says.

Cars with odd and even number plates will be banned from driving on alternate days.

The alert comes as China, the world’s largest polluter, takes part in talks on carbon emissions in Paris.

Current pollution levels in Beijing are actually lower than last week’s, but the red alert has been placed because of levels expected over the coming days.

China’s CCTV news channel reported at the weekend that some parts of Beijing had visibility of only 200m (660 feet).

In pictures: Smog’s effect on skyline 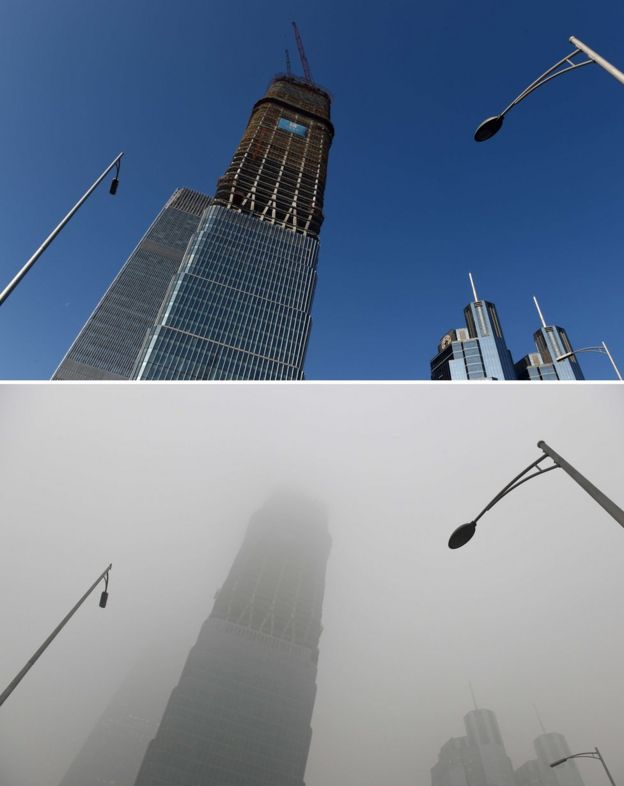 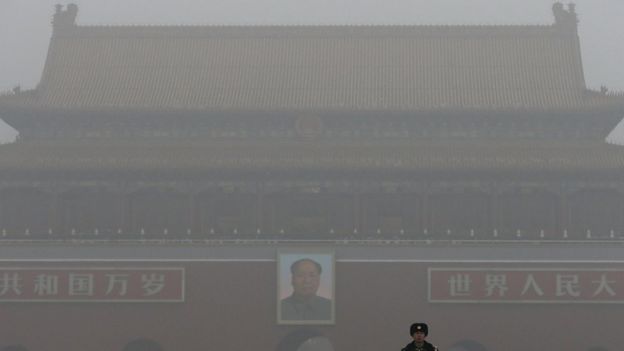 Coal-powered industries and heating systems, as well as vehicle emissions and dust from construction sites, all contribute to the smog which has been exacerbated by humidity and a lack of wind.

At 18:00 local time (10:00 GMT) on Monday, the air pollution monitor operated by the US Embassy in Beijing reported that the intensity of the poisonous, tiny particles of PM 2.5 was 10 times above the recommended limit.

Activists said the level hit 1,400 micrograms per cubic metre in the north-east city of Shenyang last month, saying it was the worst seen in China.

Last week, activists from Greenpeace had urged the Chinese government to declare a red alert. Another Chinese city, Nanjing, issued a red alert in December 2013.

On 30 November, Beijing issued an orange alert – the second-highest of the four-tier system adopted in 2013.

Correspondents say Chinese officials had been unwilling to commit to hard targets on reducing carbon emissions, but have now realised that the dependence on fossil fuels has to stop.

President Xi Jinping vowed to take action on the emissions at the current global climate change talks in Paris.

In this article:China pollution, smog