Three buses have been involved in a crash in Parliament Square, in central London, injuring 12 people.

The London Ambulance Service (LAS) said the crash took place at about 14:35 GMT.

Three men and six women were taken to St Thomas’s Hospital with minor injuries, and two men with back pain and a woman with an ankle injury were taken to King’s College Hospital.

The LAS said it was being treated as a “significant incident”.

There were no serious injuries, Transport for London (TfL) said. 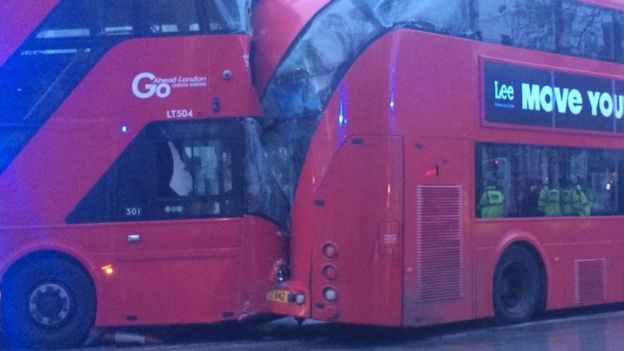 The crash involved three buses and a van, according to TfL

Tony Akers, TfL’s head of bus operations, said a van was also involved in the collision at the junction of Parliament Square and Broad Sanctuary.

He added an investigation into the incident was under way.