British volunteers fighting alongside Kurdish forces in Syria are finding inventive ways of tormenting Isis as they prepare for the assault on the group’s de-facto capital of Raqqa.

Members of the socialist Bob Crow Brigade (BCB) told The Independent that while sweeping retaken villages in northern Syria for militants, they had been “trolling” terrorists over their own communication channels.

“We spent some time in the first stage of the Raqqa offensive tuning into Isis frequencies to troll any Isis English volunteers, saying we were MI5 and they had a full pardon waiting for them if they just walked towards our position with their hands up,” a spokesman said. 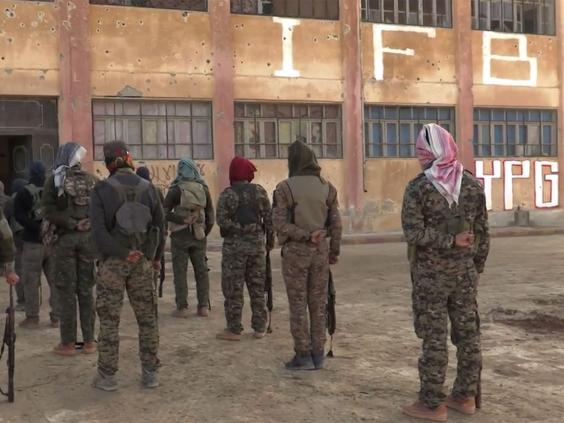 “No one fell for it surprisingly enough. Then we learned the name of the Isis commander and just kept saying: ‘Commander Omar come in. Can you hear me? Come in please’ in Arabic.

Fighters with the BCB have fought in the former Isis stronghold of Manbij, where they witnessed evidence of jihadis’ brutal punishments including amputations and beheadings, and have come under attack at their bases.

A member said no comrades had yet been killed or injured but listed fellow IFB members who had been killed and injured in battles with Isis or by mines and suicide attacks.

Asked whether he was concerned for his safety, he replied: “Never…dying in a car crash is a tragedy, dying for socialism is an honour.” 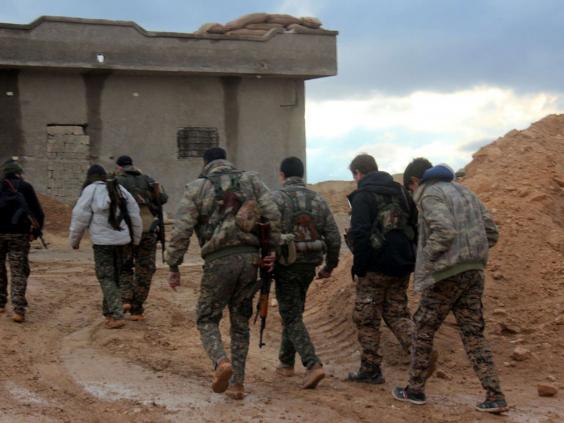 Members of the Bob Crow Brigade on the Raqqa front (Supplied)

Three British volunteers – a former Royal Marine, a chef and a dairy farmer – have already been killed fighting alongside the YPG in Syria, while other fighters have been prosecuted upon their return to the UK.

The socialist volunteers, who named themselves in honour the late trade union leader Bob Crow, have drifted apart since their formation last year, with some returning home, some working in the “civilian wing of the revolution” and others remaining on the frontline.

Like other British volunteers, they are fighting not just to defeat Isis but for a socialist “revolution” they see as the future for a peaceful and democratic Syria.

The BCB is part of the International Freedom Battalion, a wing of the Kurdish People’s Protection Units (YPG).

The group is a component of the US-backed Syrian Democratic Forces (SDF) coalition, which has been battling to isolate Raqqa for months, seizing swathes of territory from militants while surrounding their stronghold from three sides.

Also fighting alongside the Kurds is Kimmie Taylor, the only British woman known to be fighting against Isis in Syria.

Timeline: The emergence of Isis

“I know a lot of friends will die, especially in the city – it’s going to be a bloodbath really,” the 27-year-old said.

“This is inevitable, these things going to happen so we have to deal with them.”

The US is backing the SDF as its most effective ally on the ground against Isis, but Turkey labels Turkish components of the alliance “terrorists” and is backing opposition rebels to push them away from its border.

The YPG hopes to strike a deal with Bashar al-Assad’s regime to secure the models’ continued existence after his expected victory over opposition rebels.

Only a handful of British citizens are known to be fighting against Isis alongside Kurdish groups, compared to at least 800 jihadis who have travelled from the UK to Syria and Iraq.

A spokesperson for the Home Office said anyone travelling to Syria “for whatever reason, is putting themselves in considerable danger”.

Anyone travelling abroad to participate in conflict can be prosecuted for crimes including murder and terror offences.