A Major League Baseball star has told a federal jury in Miami that he ate a chunk of a fake passport, washing it down with a beer, while flying to the U.S. to cover up his illegal travel as part of a smuggling operation to sneak talented Cuban baseball players into the United States.

Chicago White Sox first baseman Jose Abreu testified he ordered a beer on an Air France flight from Haiti to Miami and slowly consumed the page containing a false name and his photo. Abreusaid he traveled illegally because he was worried he would miss an October 2013 deadline and lose out on the eyewatering $68 million contract he would later sign with Chicago’s southsiders.

“If I had not been there on that particular day, the deadline, then the contract would not be executed and would no longer be valid,” Abreu told jurors. “We had to be in Chicago to sign the contract.”

The testimony came in the trial of a Florida-based sports agent, Bartolo Hernandez, and baseball trainer Julio Estrada, who are accused of alien smuggling and conspiracy. They allegedly operated a ring that took Cuban players from the communist-governed island to third countries where they could sign lucrative Major League Baseball contracts once they established residency.

Abreu, who was American League Rookie of the Year in 2014, testified under a grant of limited immunity for his illegal conduct — meaning he won’t be prosecuted if he tells the truth on the witness stand. Several other Cuban players have also testified, including Adeiny Hechavarria of the Miami Marlins and Leonys Martin of the Seattle Mariners.

Abreu will return Thursday to complete his testimony. 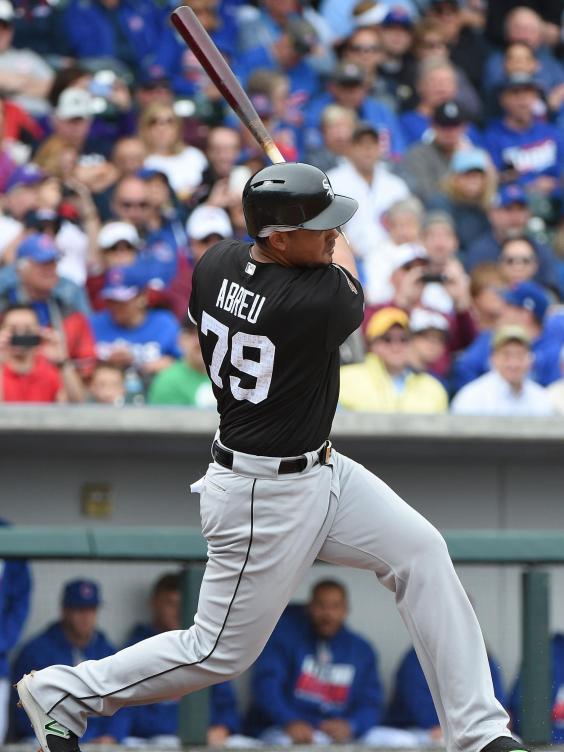 Jose Abreu in action for the Chicago White Sox (Getty)

Abreu told jurors that he got the fake passport in Haiti, where he had been taken along with his family from Cuba by speedboat in August 2013. His main contact and fixer there was Amin Latouff, he said, a man who was indicted along with Hernandez and Estrada but who has not been arrested.

It was Latouff, Abreu testified, who got him the passport and booked the Air France flight, telling the ballplayer to destroy the document on the plane. But instead of tearing it up and tossing it in the garbage, Abreu said he ordered a Heineken beer and chewed it up in his seat.

“Little by little I swallowed that first page of the passport. I could not arrive in the United States with a false passport,” he said.

Once in Miami, under the Cuban immigration policy at the time Abreu was allowed to remain in the U.S. because he had reached American soil despite having no travel documents. That “wet-foot, dry-foot” policy was rescinded recently by former President Barack Obama.

Abreu testified that Hernandez and his partners negotiated his deal with the White Sox and that Estrada oversaw his training, lodging and other needs while in Haiti and also in the Dominican Republic. Estrada’s company, Total Baseball, was to be paid 20 percent of Abreu’s contract and Hernandez was to receive 5 percent. 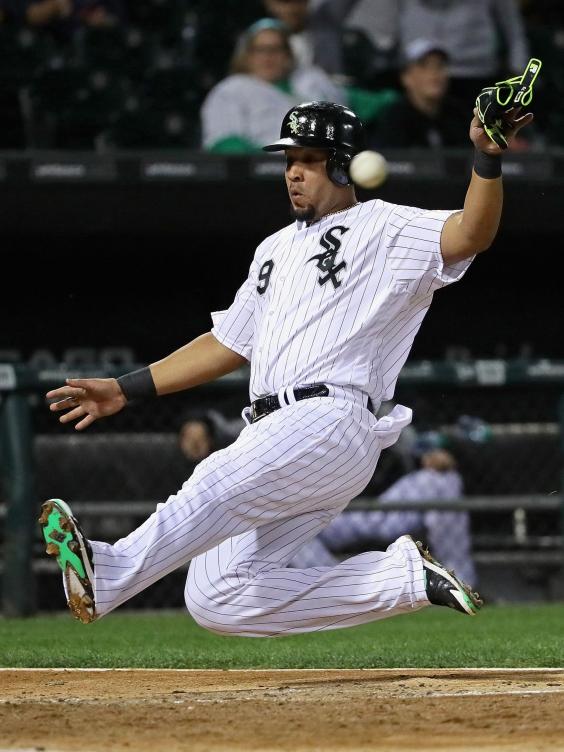 Jose Abreu in action for the Chicago White Sox (Getty)

Later Wednesday, Abreu testified that he has paid more than $7 million to Estrada’s company under their agreement and began sending him $25,000 a month after Estrada’s assets were frozen following his indictment in 2016. Abreu also said he bought a $500,000 house in the Florida Keys for Estrada to live in, although it remains in Abreu’s name.

Estrada was also best man at Abreu’s wedding and became a close friend along with Estrada’s wife, the player testified.

“These were people who had helped me a lot in getting into this country, so I had a lot of trust in them,” Abreu testified. “In my case, I had the ability to perform that charitable work, you might call it.”

But Abreu said it was his idea alone to get the illegal Haiti travel document and asked Latouff for help.

“I trusted that he was someone who could help me and I confided in him that secret,” Abreu testified.

The trial, which has already lasted about a month, is expected to continue a few more weeks. Abreu, who hit 25 home runs and drove in 100 runs last season, was given time off from White Sox spring training in Arizona to testify in the Miami case.