A mother-of-three has revealed the things she wished she had known before having children.

Mel Watts, otherwise known as The Modern Mumma, is known for being honest and open about the realities of parenthood.

Here, she recalled eight things she would have liked to have been reassured about before becoming a mother.

Watts began her post by addressing the much-debated topic of breastfeeding saying, “’I wish I knew that fed is best. That you’ll feel pressured into breast feeding but it’s ok if you don’t like it.

“There’s options. The kids don’t ask other kids in the playground how they were fed to see if they’ll play with them.”

She went on to write that she wished she knew that just because she rocked her child as infant, it didn’t mean she would be doing it forever. And, that they will fall asleep, eventually.

“I wish I knew that they’ll eventually sleep. They really will. Even sleep in! Especially on mornings you need to get up and out.” 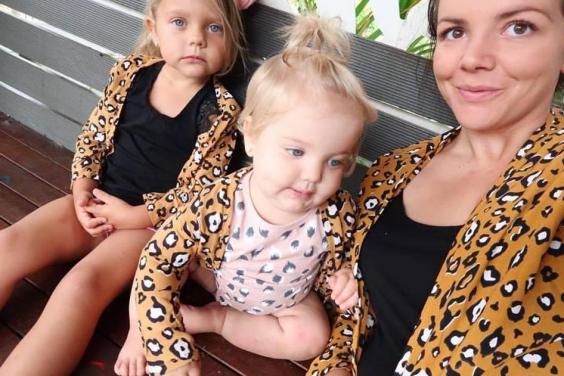 Mel Watts concluded her post by saying she wished she knew that ‘so many women felt the same way.’

Like many mothers, Watts also worried about putting her children into day care and said she wished she knew that “putting them into preschool wouldn’t cause lifelong issues.

“Sometimes you need to work or you need a break.”

She also regretted wanting them to get older.

“I wish I never wished that time away. Make memories,” she wrote.

Watts went on to explain that mothers shouldn’t become too fixated on what about what they should be feeding their children.

“I wish I knew they’d survive off Mac and cheese. I mean the nappy wasn’t always pleasant but they survived and were fed.

“I wish I knew that the amount of times I yelled they’d still forgive me. Children need guidance and support,” she continued.

“If you’ve got to scream and shout to get there, do it. Whatever works.”

To conclude, Watts went on to describe how she wished she knew that so many women felt the same way as she did.“Our lives are filled with poop, vomit, bandaids and mistakes. We watch other women and think how good they’ve got it when really we have no idea.

“Everyone needs a little help sometimes. It may be a shoulder to cry on, an ear to listen or a play date at the park,” she wrote.

“Life’s way too short to worry about how you feed your baby, how you birthed or if you rock them to sleep. Enjoy them, love them and be there for each other.”

The 8 things Mel Watts wishes she knew before becoming a mother: