A common misperception of Italy is that it’s prohibitively expensive. Of course, there are extravagant palazzos where a glass of orange juice will cost you $20, but the reality is that Italy is home to many small and affordable hotels run by amiable innkeepers who will help unlock the secrets of whatever region you’re in. Over my many years of exploring the country, I’ve uncovered a number of treasures—some dirt cheap, others a bit more of a splurge—but all guaranteed to be amazing. These are some of my favorite addresses.

Ondine Cohane did one of those things you always fantasize about when you’re on vacation: she and her husband John—a former music exec—decided to buy an old stone farmhouse in Tuscany and become innkeepers. Cohane, a contributing editor at Condé Nast Traveler, brings an eye for design that she clearly cultivated while checking out some of the world’s top hotels for the magazine. Surrounded by a spectacular infinity pool and a fire pit, La Bandita has low-season rates starting at $269. Cohane and her husband’s latest project is a sister property, La Bandita Townhouse, in the village of Pienza.

In the hilly Le Marche region, Casa San Ruffino is owned by another expat couple in search of la dolce vita: Ray and Claire Gorman, who got tired of the grind in England and decided to leave their banking jobs behind to open a four-room inn with beamed ceilings. This $193-a-night hotel is so chic that it got the stamp of approval from Vogue. Bonus for bargain-hunting fashionistas: Tod’s and Prada have outlet stores not far away. 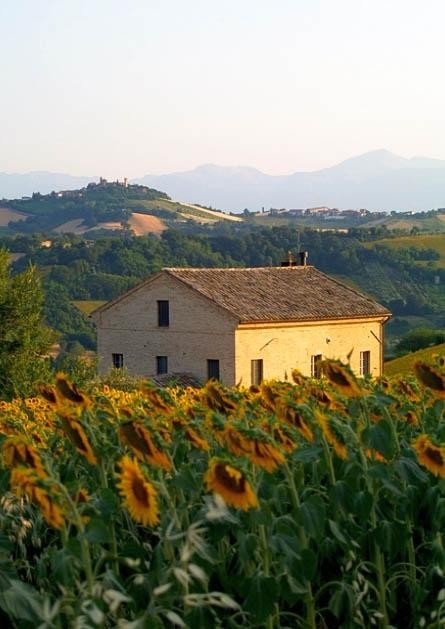 A Dreamy Hideaway in Sicily

When I went to Sicily a couple years back, I splurged on theSan Domenico Palace, a convent-turned-luxury resort in the glamorous town of Taormina. The previous year, my parents had stayed at a pensione down the road called the Hotel Villa Schuler and raved about the property and its views looking out to the sea and Mount Etna. It was nearby, so I went to check it out and couldn’t believe what you got for rates as low as $123 a night. Guess where I’m staying the next time I go back to Taormina?

A Country Idyll in Venice

One of my most memorable experiences in Venice was at Oltre il Giardino, a 1920s stone house on a narrow canal that feels more like a rural inn. The one-time residence of the composer Gustav Mahler’s widow Alma, it is now owned by Lorenzo Muner, who has decorated the six rooms with an eclectic mix of antiques. Prices start at about $248, and one of the highlights is breakfast, served in the lush garden under a canopy of olive trees and magnolia. 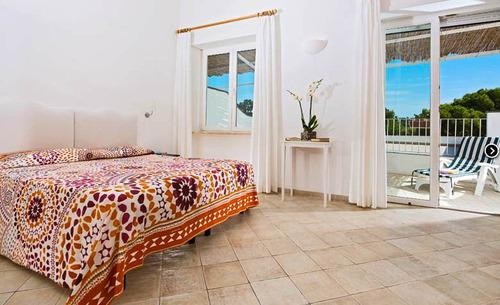 A Room with a View at La Tosca. (Courtesy: La Tosca)

A chic discovery in Capri

When you think of Capri, visions of Jackie O swanning through the cobblestone streets in her sandals spring to mind—not cheap places to stay. The 11-room La Tosca is the exception. With double rooms from just $103 a night, this white-on-white sanctuary of style can’t be beat, thanks to its simple, pared-down design and its unbeatable location, right near the Piazzetta. The breakfast terrace and some of the rooms have knock-out views of the island’s famous Faraglioni rocks.

A Slow-Food Feast in Piedmont

Across Italy, a number of savvy entrepreneurs have been transforming their family farms into agriturismo, where travelers can experience the slow-food movement up close and in person. At the attractive, vine-covered La Traversina in the Piedmont region, you can take both cooking and gardening classes. (Owners Rosanna and Domenico Varese Puppo have cultivated some 200 varieties of roses on the property.) Room rates start at $131, and a four-course dinner made with ingredients sourced from local farmers and artisanal producers runs just $38 a person. 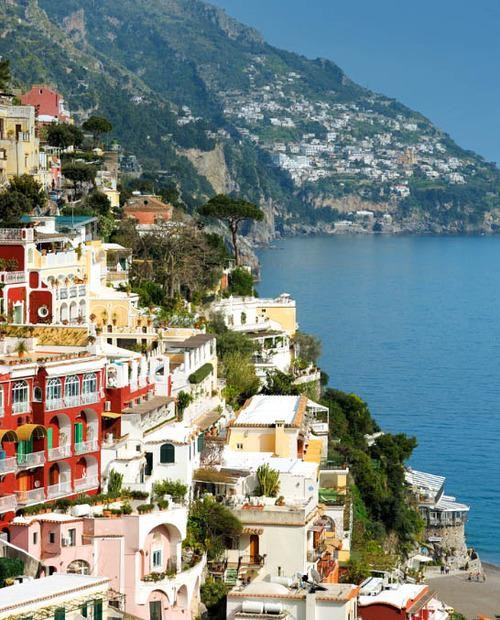 A Seaside Perch in Amalfi

The place that everyone knows in Positano is Le Sirenuse, a lavish family-owned retreat overlooking the Amalfi Coast. Here’s a secret: right above Le Sirenuse is a tiny treasure called the Villa Rosa. Just don’t mind the published rates—the trick here is to spend the money on an international call to the front desk to inquire about special offers that can bring the cost to as low as $145, depending on the season. Each room has a sprawling terrace overlooking the water, where you can enjoy the (free!) breakfast that is delivered to your room each morning.