It was the statement from Leicester City’s vice chairman Aiyawatt Srivaddhanaprabha on Thursday night which spoke for his utter lack of comprehension of what Claudio Ranieri has delivered to the club.

Srivaddhanaprabha’s words, published by his propagandists as football struggled to comprehend the idea that Ranieri had actually been sacked, 297 days after delivering the club to a place beyond all expectation, did not even state that Leicester had won the Premier League title under his management and been shepherded into the last 16 of Europe. “It was never our expectation that the extraordinary feats of last season should be replicated this season,” ‘said’ the faceless Srivaddhanaprabha and his go-to men, purposefully avoiding the very accomplishment which – in all but the most extreme circumstances – should have rendered Ranieiri immune from this most despicable act of sacking.

Ranieiri will leave with his usual good grace, of course, because he possesses qualities beyond the remotest imagination of his former Leicester City masters, though what we witnessed when the Italian was sent to the door was the ultimate manifestation of how football, with its rapacious desire for wealth and status and the next plate of success, has lost touch entirely with the qualities which once connected it to so many and made it the people’s game. Qualities like loyalty, patience and – dare it even be said – compassion.

Who are the contenders to become Leicester’s new manager?

There can be no doubt that Leicester’s struggle to regain a modicum of last season’s success has been a source of grief, no less, for some of the players. Though the team returned from Sevilla with their Champions League tie alive, they had not played well in the 2-1 defeat and Danny Simpson’s discussion of the season before he left Estadio Ramon Sanchez Pizjiuan revealed the pain within.

“When you enjoy the heights of last season and when you go onto the pitch you think you aren’t going to lose…. I think most of us have said it has been disappointing,” Simpson said, barely able to connect these thoughts. “We look at ourselves in the mirror and it is hard after a game when you have gone home after you have been beat.”

Yet the interior struggles of the players do not provide a reason to cast out what Ranieri delivered: an experience and joy for the ages, which joined the club and the city to every corner of the globe. If Srivaddhanaprabha possessed the remotest intuition for football and its rhythms, then the memory of such moments as Ranieri’s post-match press conference at Sunderland last Spring would have stood in the way of such felony as this.

Ranieri’s players win over the home side in the sunshine was a giant stride towards the title and there was an indelible emotion as the Italian reflected on an elderly woman he had seen in a Leicester City shirt from his seat on the team bus. “An old lady with a Leicester shirt outside the stadium… I say: ‘Unbelievable. They come from Leicester to support us.’ This is my emotion. It is fantastic. I was on the bus. I saw them, unbelievable, and I want to say thank you for the support. They are dreaming and we want to continue to dream.”

If Leicester had been staring down the barrel of relegation, then perhaps there might be a remote justification for Srivaddhanaprabha tearing at the basis of such spontaneous talk as that – though hardly. Such have been the Italian’s accomplishments that to take the side all the way down a division would not justify an axe being wielded. But the factor which loses Leicester so many of the friends last season made them is that survival is by no means beyond them, despite their five match losing run since they collected four points from six over the New Year.

Ranieri has also delivered the side in the Champions League knock-out stage, with a campaign which puts Louis van Gaal’s at Manchester United, and Mauricio Pochettino continental record with Tottenham into focus. That would be same genius Pochettino whose side have struggled desperately against Gent. 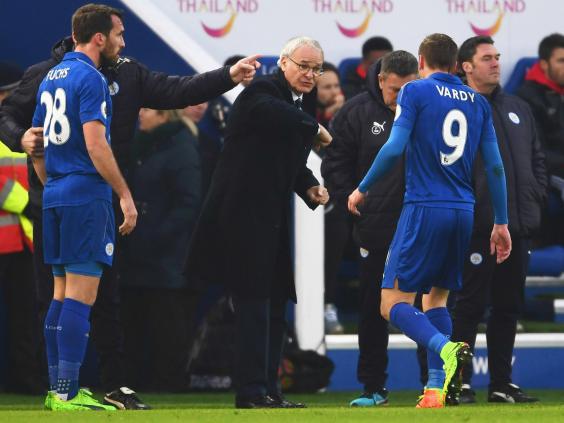 One of the very unusual aspects of his method, outlined in the journalist Jonathan Northcroft’s fine book on Leicester’s title-winning season, ‘Fearless’, is a willingness to take the ego out of management. He changed some aspects of his inheritance from Nigel Pearson, but was modest enough to leave the working parts alone. And though his attempts to finesse things this season have been overly complex  –the club record £29m outlay on striker Islam Slimani saw an entire system shift from 4-2-3-1 to 4-4-2 – you suspect that the Thais knew the lack of swagger made him easy to sack. They knew Ranieri would go quietly.

And now they are left with a fan base which, by very large measure, will find the actions unfathomable and a source of incalculable sadness at the way the light has gone out. One fan’s message about Ranieri on social media spoke for the many on Thursday night. “I’ve been a miserable Leicester fan most of my adult life,” the supporter wrote. “He made me happy.”