“We note that there are currently important steps which could be taken to reduce suicide but which cannot be acted upon due to the lack of significant additional resource,” the MPs warned in a report released on Thursday.

The committee urged Health Secretary Jeremy Hunt to give more details of the Government’s suicide prevention strategy, and said that more attention should be paid to whether local councils were properly engaging with the issue.

They called for more clarity on where money would come from to fund the pledges in the strategy and said doctors should be better trained to recognise the symptoms of a person who might be feeling suicidal. The committee also called on the Government to close a shortfall in the number of trained mental health professionals.

The committee report continued: “We welcome the provision of funding for suicide prevention but we are concerned that it will be too little and too late to implement the strategy as effectively as required.

“We call on the Government to set out how it will make sure that funding is available for the actions outlined in the strategy.”

The Department of Health said it would carefully consider the Committee’s recommendations and offer a full response “in due course”.  A spokesperson for the department said it had pledged an additional £25m for suicide prevention to over three years – which translates to just £8.3m a year.

4,820 people are recorded as having died as a result of suicide in England in 2015, though MPs said the figure is likely to be “much higher”.

The committee’s chair, Conservative MP Dr Sarah Wollaston, said: “The clear message we have heard throughout our inquiry is that suicide is preventable. The current rate of suicide is unacceptable and is likely to under-represent the true scale of the loss of life.”

Ian Hulatt, professional lead for mental health at the Royal College of Nursing, said: “The report exposes the gap between Government rhetoric and action. 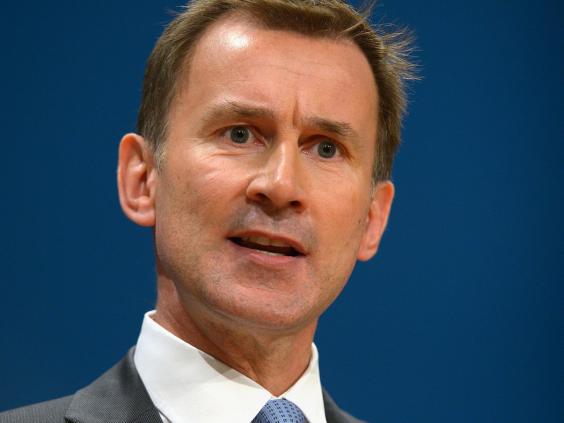 “The funding is not getting through and little is known about the quality of local plans or their ability to reach the people who need support.”

Dr Peter Aitken, a spokesperson for the Royal College of Psychiatrists, confirmed there was a shortage of liaison psychiatrists – who work in A&Es to help treat the mental health of potential suicide victims.

The Health Secretary Mr Hunt said the Government was taking action and that services were improving.

“We agree with the Committee that every death by suicide is a tragedy which has a devastating effect on families and communities.

“We are taking action to ensure we quality assure every local plan so they reach the most vulnerable people – and local authorities now are supported by record mental health funding, with big developments in the availability and quality of crisis care services as a result.”