The Land Rover Discovery is the perfect Land Rover, reckons the firm. It’s super-practical, has a bit of Range Rover posh and a lot of Defender utilitarianism. In the UK at least, its glowing, enviable image reflects this; but it has long had the talents to back this up. Not for nothing was the old Discovery 4 a favourite of ours.

Now there’s an all-new Discovery, one that’s at last landed in UK dealers. And, as Land Rover reckons the lightweight new all-aluminium model is capable of springing a surprise itself, we decided to test it in Britain in new entry-level 237bhp 2.0-litre four-cylinder guise.

Don’t worry, those concerned by the ‘all-new’ tag: this is still a traditional Discovery. Land Rover hasn’t rocked the boat, so visually it is as tall, burly and calm as ever. It’s inoffensive in a good way, classless in a manner only the classiest cars can pull off; it’s as reassuring as they come. 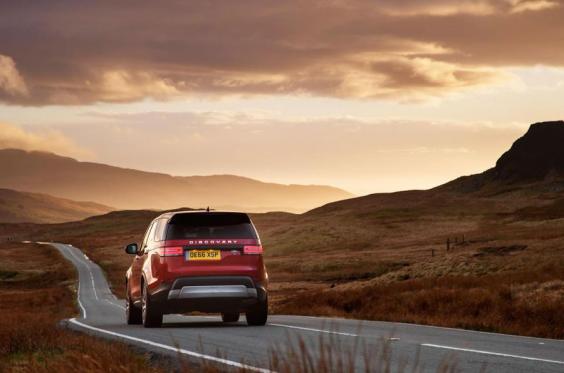 Beneath the smart exterior, ample Range Rover Sport technology features. Air suspension and centre differential are all present, which you can make even more capable with a pack that includes rear diff lock, Terrain Response 2 and All Terrain Progress Control. Should the standard car’s ability to cover 90% of the terrain it may ever encounter not be enough.

It certainly didn’t falter during a day’s driving around a wet and miserable Eastnor Castle, Land Rover’s second home. Yes, even with ‘just’ the 2.0-litre engine. With 369lb ft of torque, it had no problem overcoming the Discovery’s 2.2-tonne kerbweight, and proved generally refined enough to boot. Sure, the 3.0-litre V6 turbodiesel offers more smoothness and more shove, but this 2.0-litre is no second-rate alternative. For most, it will do just fine. 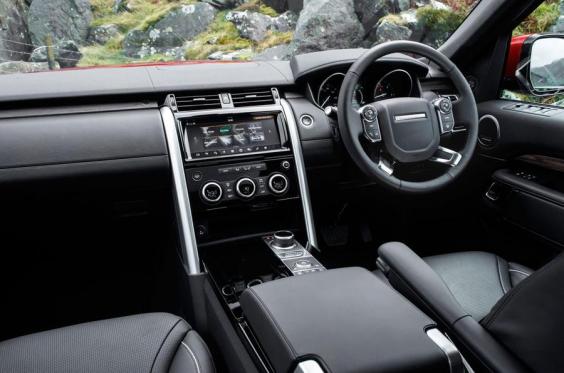 A lot of people are going to find out just what it’s like. Land Rover has taken 20,000 orders for the new Discovery already, and says the waiting list is quickly building up. Interestingly, most orders to date have been for the V6 but, once the early adopters are out the way, this 2.0-litre engine may come into its own.

This new Discovery simply oozes charm. Land Rover’s taken all the appeal of the old model and modernised it brilliantly. With interior highlights such as fancy electric-fold seats and a top-class new InControl Touch Pro infotainment system, it’s every inch the contemporary machine, and now better than ever both on road and off it. Now more than ever, the Discovery is one of our favourites. Yes, even in 2.0-litre entry-level guise.

Rob Adams is a writer at AutoCar.