During the Han dynasty, more than 2,000 years ago, there was a great division: what had been a singular fermented condiment made of fish and soy, used to stretch out that precious commodity salt, became two.

One emerged as fish sauce and the other, soy sauce. From there they diverged dramatically according to culture, religion, demography and geography. The Buddhists, with their vegetarian practice, took soy sauce to East Asia. The Chinese merchants, who went on to sell their wares in the south, took both fish sauce and soy sauce with them – because they could, and so they did.

This is a simplistic explanation of how south-east Asian cuisine tended to be dominated by the use of fish sauce, and soy sauce became more commonly used in naturalised versions of Chinese-influenced dishes, such as five-spice stewed pork, known variously as adobo, pah lo, tau yew bak, babi kecap and thįt kho tàu.

In the east, soy sauce became another thing entirely. The production of soy-based products are unique to each geographical location – like miso in Japan and doenjang in Korea.

Whether you call it shōyu or sii ew or just old faithful soy sauce, we are referring to a condiment that’s soybean-based. And that is where the similarity ends. 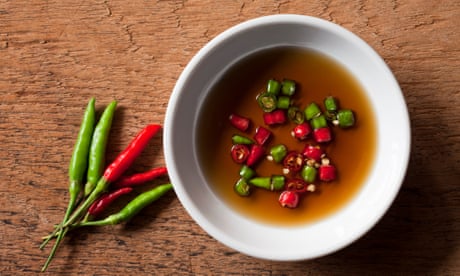 ‘It makes everything taste better’: how to buy and cook with fish sauce

How often do you see a recipe that calls for soy sauce and mindlessly reach for the Kikkoman – likely koikuchi, the darker brew? It’s understandable if you do – it is possibly the most accessible soy sauce brand worldwide. But keep in mind that all soy sauces are not the same, and if you use the wrong one, you’ll end up with a dish that’s something entirely different from what’s intended in the recipe.

The variables include the production process (natural fermentation or by hydrolysis?); which Aspergillus mold it was inoculated with (A. oryzae, A. sojae, A. tamari and A. wentii are the most common); the presence of wheat or another grain; the ageing process; the ratio of the ingredients; and the presence of other preservatives.

I have a whole section in my dry cupboard that is just for soy sauce. Sometimes when I’m feeling loose, I just mix it up and always inevitably kick myself at the end result. If I’m cooking a Japanese-inspired dish like goma-ae and use a light Chinese soy sauce, it’s off, and vice versa.

It’s not about authenticity, I am more concerned with flavour. This is why you need to understand where the geographical and cultural inspiration of a dish comes from. For instance, if you are making pad see ew, you need to have a Thai-style dark, sweet soy. No two ways about it, you cannot make this dish with Kikkoman.

All right, let’s break it down a bit.

My chef friend Shinobu Namae patiently explained to me that the differences are more to do with the types of fish that were common to each region. Tokyo Bay used to harbour more blue fish species such as mackerel, sardines and tuna, so required a darker soy sauce like koikuchi, while the more common fish in the Kyoto area tended to be white fish such as sea bream, tilefish and pike conger – hence a lighter brew emerged. Context is everything.

Much of south-east Asian cookery that uses soy sauce is based on its Chinese counterparts – the production of soy sauces in these regions have grown into a large industry, mainly passed down from the Chinese diaspora. A popular brand for light soy sauce is Golden Mountain, which is much lighter than the Chinese version. It has many more additive inclusions and is a ubiquitous seasoning that takes pride of place next to fish sauce in most pantries.

The one defining difference between much of the dark soy sauce in this region is the use of palm sugar molasses, in place of cane, as the sweetening agent – though those older traditions are now being lost, as sugar is a cheaper commodity. Now it is coming back full circle and currently dark sweet soy is only differentiated by the degrees of sweetness and additives. The spinoff from the Chinese dark soy has many incarnations, namely siew dtam, kecap manis and kicap lemak.

As a side note, while seasoning sauce like Maggi enjoys worldwide popularity, it is not considered a soy sauce as it does not actually contain soybeans. Instead, it is a product of hydrolysed vegetable protein and additives.

When shopping for soy sauces my tips are: 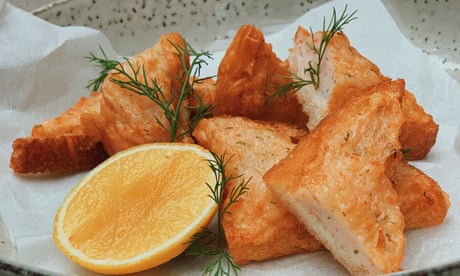 Brands to look out for

Here are some of my tried and true soy sauces. They will see you through most of Asia’s expansive cuisines.

Pearl River Premium Soy Sauce
This has no additives and is fermented naturally in the sun. It has a delicious full flavour without being overly salty. I use this for lighter, brothy soups, stir-fries, egg dishes and marinades.

Yamaki Jozo Organic Japanese Shōyu and Tamari
Koikuchi-style, this is an elegant light style that is a great option for Japanese and Korean cooking and seasoning.

Healthy Boy Brand Orange Label Black Soy Sauce
This is a rare dark soy on the market that does not not contain preservatives and unnecessary additives, which is why I stock it at my grocery store Jarenchai in Sydney. It has molasses, soy, wheat and salt only. I’ve found this is a good alternative to use in place of kecap manis and kicap lemak. Good for long stewing, stir-fry dishes like pad see ew. But be warned: it is sweet, so start off gently.

Braggs Aminos
I have put this in as an alternative product for those who have wheat intolerances and allergies. It is close in flavour and style to light soy, and can be used as a substitute well enough to season with.

The thing with soy sauce is, it aides and abets the dishes it is used in to draw out and enhance complex flavours.

As with everything in cooking, it is about timing – as rule of thumb for quick cooking such as stir-frying, add it towards the end. For slow cooking like stews and soups, add a little at a time throughout the process to layer, and keep tasting. For salad dressing, taste and balance continually – my ratio is usually one part soy to three parts other stuff.

Of all the condiments I cook with, soy sauce fazes me most – because ethnicity and origin has so much to do with it.

Sometimes I wonder if those who are peeved-off about culinary cultural appropriation are actually just put off by the fact that people don’t know how to use the appropriate soy sauce for the appropriate dish.

www.theguardian.com
In this article: