Forty-three years ago today was the last time a man walked on the Moon. He was Eugene Cernan, commander of the Apollo 17 mission. But the final frontier is getting closer, at least for Major Tim Peake. On 15 December he will take a no-frills flight aboard a Soyuz TMA-19M spacecraft from the Baikonur launch site in Kazakhstan – and go way beyond the earthbound traveller’s wildest dreams, evading the planet’s gravity to join the International Space Station on its 17,100mph orbit around the Earth. Within eight hours, he should join the crew for his Principia Mission. He is expected to spend five months aboard the shiny orbiting science lab that is the third-brightest object in the night sky, after the Moon and Venus.

Major Tim will become one of fewer than 600 humans who have been into space since Yuri Gagarin’s pioneering flight in 1961. The event is being celebrated tomorrow evening at the Science Museum in London with a special screening of his arrival at the ISS, plus the chance to meet top astronauts: the first Briton in space, Helen Sharman, and Alexei Leonov – the first man ever to walk in space. The event runs 6-10pm, admission free apart from some events for which advance booking is needed: bit.ly/GoBoldly.

If you can’t make the event, you still have three months to visit the museum’s current exhibition “Cosmonauts: Birth of the Space Age” (admission £14), celebrating the Soviet space programme. It includes Vostok 6: the capsule flown by Valentina Tereshkova, the first woman in space.

At present the best prospect for normal (albeit rich) travellers to go into space is with Sir Richard Branson’s Virgin Galactic project, whose stated purpose is: “To become the spaceline for Earth.” A seat on a spaceship to experience weightlessness about 100km above the planet costs $250,000, including three days of “pre-flight preparation, bonding, and training” at New Mexico’s Spaceport America (virgingalactic.com). But following the loss of SpaceShip Two during a test flight over the Mojave Desert in October 2014, there is no certainty about when commercial trips might begin. 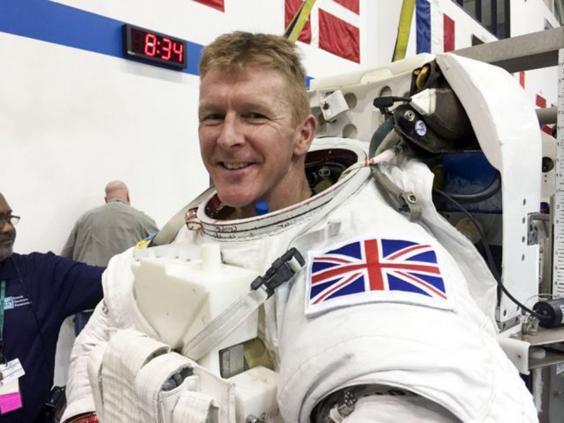 Ground control to Major Tim: Peake will lift off from Kazakhstan tomorrow en route to the International Space Station

Until then, set the controls for the heart of England, and in particular the National Space Centre in Leicester (spacecentre.co.uk). You can watch the Big Bang, join the search for extra-terrestrial intelligence and take a trip through a “wormhole” in the space-time continuum – all yours for £13 (or £11 for children aged 5-16). Space travel is limited this month; the only days for the remainder of this year when the NSC is open are 19-23 and 27-31 December, but normal cosmic service (10am-4pm daily except Monday, longer at weekends) resumes on 2 January.

Compared with the bleak midwinter above 50 degrees north (as almost all of Britain is), the coast of Florida is warm and wonderful at this time of year. Just 90 minutes east of Orlando airport, the Kennedy Space Center (kennedyspacecenter.com) at 28N combines several roles brilliantly: theme park, space history repository, launch site and even wildlife reserve – with a healthy population of herons, alligators and sea turtles. You can stride along the same gantry that Neil Armstrong used to board Apollo 11 en route to the Moon, and examine a collection of space hardware. Sign up in advance for the KSC Up-Close Tour, to explore the island from which man reached for the Moon on a booster and a prayer, and see the giant runway where the Space Shuttles landed.

Try to time your visit for a rocket launch – from a safe distance. The next lift-off from the adjacent Cape Canaveral Air Force Station is a resupply mission next month to the International Space Station; for more precise dates and future launches see bit.ly/321LiftOff. 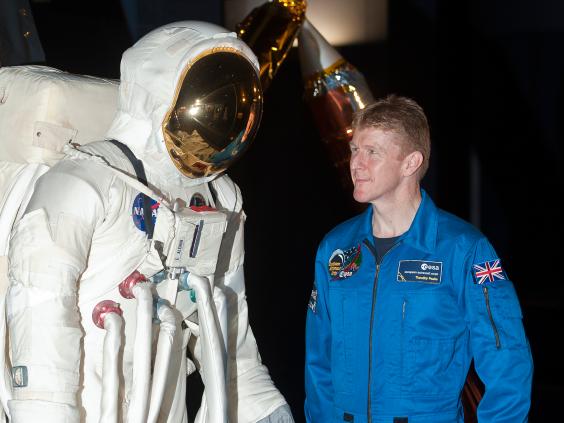 In under three hours, Southwest will blast you from Orlando to Houston Hobby airport (around $220/£146; southwest.com) – barely a Saturn rocket’s length from Space Center Houston. Almost overnight in 1992, the earnest-but-dull visitor experience at Lyndon B Johnson Space Center was transformed into a cosmic theme park, with the best collection of rides this side of Alpha Centauri. The optional excursion to Mission Control transports you back 50 years into what today resembles a retro film set, but which captures the spine-tingling excitement of moon launches.

Six weeks from now the biggest new development in Space Center Houston’s history opens in the shape of Independence Plaza – allowing the public to enter both a Boeing 747 shuttle carrier aircraft and the shuttle replica Independence. “This landmark attraction will be the world’s only shuttle replica mounted on a shuttle carrier aircraft,” claims the venue: spacecenter.org.

Houston’s George Bush Intercontinental airport is the departure point for the next step in the space journey: a five-hour United flight (united.com; about $330/£220) to San Juan, Puerto Rico. Alternatively, fly on the new non-stop Norwegian link direct from Gatwick (norwegian.com). San Juan itself is an elegant and friendly city – like a cleaned-up version of Havana, which was founded around the same time early in the 16th century. The varied coastline is studded with enticing beaches, while inland the space traveller will want to see the world’s largest and most sensitive radio telescope: the Arecibo Observatory (naic.edu) – an amazing astronomical installation, as featured in the James Bond movie Goldeneye.

Space is getting crowded, as you discover across the Caribbean on the shoulder of South America. Forty-eight hours after Major Tim peeks into space, a rocket launch is scheduled from Centre Spatial Guyanais at Kourou in the French territory of Guiane – motto: “Any mass, to any orbit, anytime”. Journey Latin America describes it as a “jungle-strangled backwater”, but still includes it in the 18-day Coq of the Rock tour departing on 9 October 2016 (£4,090 excluding flights, journeylatinamerica.co.uk).