It comes in a white, crystalline form and gives us a pleasurable high – but refined sugar is as habit-forming as cocaine or nicotine, according to a review in the British Journal of Sports Medicine. Animal studies show that sugar is the drug of choice for lab rats which, when given a choice of levers to pull, will switch from cocaine to sucrose in the twitch of a tail.

In evolutionary terms, we worked for our sugar fix by eating honey and ripe fruit. We then stored any surplus energy as fat for the lean times when bison were scarce. Now that sugar is available as highly concentrated sucrose and high-fructose corn syrup – both stripped of nutritional value (minerals and vitamins are lost in the refining process) – we’re hooked.

Sugar makes us obese, can promote the development of type 2 diabetes, raises our blood pressure and give us fatty livers. But it also alters our mood, making us feel rewarded and euphoric.

The lead author of the review, James DiNicolantonio at Saint Luke’s Mid America Heart Institute, says that, unlike salt, sugar has no “aversion signal”. “Salt taste receptors will ‘flip’ when you’ve had too much, but this doesn’t happen with sugar – so we have a built-in safety mechanism that protects us from overconsuming salt but not sugar,” he says. “People can eat an entire bag of cookies or endless bars of chocolate and still want more.” 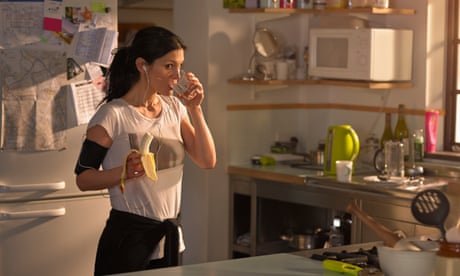 Whether refined sugar is technically addictive or not has long been debated. What isn’t in doubt is that we eat too much of it. And we should forget the notion of moderation – any refined sugar is excessive. In the US, the Food and Nutrition Board of the Institute of Medicine says: “The lower limit of dietary carbohydrate compatible with life apparently is zero, provided that adequate amounts of protein and fat are consumed.”

DiNicolantonio argues that refined sugars can produce bingeing and cravings – indicative of an addictive substance. And then there’s withdrawal. He says: “Withdrawal symptoms from sugar come from dopamine deficiency in the brain. This may lead to symptoms such as attention deficit hyperactivity disorder, and it may even create a similar state in the brain as found in patients with depression.”

There is some evidence of genetic differences in our response to sugar because we all perceive sweetness differently. But, overall, the review says, refined sugar gives us one of the most intense sensory pleasures of modern life. Which is worrying for many reasons.