I Am Nicola review – rare, stunning TV about an awful phenomenon

I Am Nicola (Channel 4) is a rare, beautifully realised piece about an underexamined, ugly phenomenon. The first of three female-led hour-long dramas written by Dominic Savage after collaborations with a trio of actors – Samantha Morton, Gemma Chan and, here, Vicky McClure – it was a subtle, onion-layered thing that peeled itself down to the truth over 60 tense, claustrophobic minutes.

McClure plays Nicola, a hairdresser who initially seems to be chafing at the inevitable boredoms that creep into a long-term relationship. Her partner Adam (Perry Fitzpatrick) seems like a nice enough guy. As viewers, we lag only slightly behind Nicola in our reappraisal. If you have been there yourself, you will catch up slightly quicker. If you have watched a friend go through something similar, the sensation of watching her, trying to catch her attention, explain things to her as if through a thick pane of glass, will be rendered uncomfortably literal. 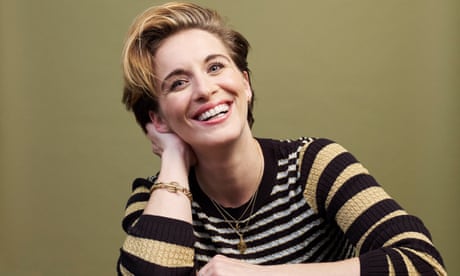 Adam never hits her, although you feel the threat hovering on the horizon, particularly when he gets into a row at a barbecue at their friends’ house. The task Savage and his actors have set themselves is the much harder one of limning the intangible violence recently named and outlawed as “coercive control” – the emotional manipulation, the erosion of a supposedly loved one’s mental freedoms, the gentle battering of a psyche into submission.

There is just something slightly off about him. About them. To compare where your spider-sense began tingling with that of friends from different backgrounds and different genders would be an interesting, illustrative exercise. When he chides her not to be “silly” when she mentions that she wants them to “do more shit together”? Or when he nudges her into cancelling a trip to the pub with a friend (“See them all day at work anyway, don’t you?”) Or is it his constant questioning – “Are you all right? I just want to make sure you’re all right” – that sets you off? Overwhelming concern, because its very purpose is to overwhelm. It’s impossible to clear enough space to think straight when anything is encroaching from all sides.

All the scenes are closeups, the camera coming in at odd, choppy angles, evoking the pair’s mental bobbing and weaving as Adam seeks to box her in and Nicola tries to duck under his jabs or, too weary for another verbal sparring, slumps against the ropes in acquiescence. The dialogue is so naturalistic you would believe it was improvised on the spot, if their arguments weren’t such perfect replications of the real things – circular horrors that take place on shifting sands, so you return to a slightly worse place than the one you left.

Both actors are brilliantly surefooted. Fitzpatrick pitches Adam’s toxicity just right, the bully resting just inches below the surface of his everyman facade, and the coward just an inch or two below that. #Notallmen, no – but so many more than you think or hope. And McClure is back on the This is Englandish ground that rightly made her name. She has, of course, become much more famous since via her turn as AC-12’s Kate Fleming in Line of Duty, but she is wasted in the role (particularly in the most recent series) and so much better suited to this kind of intimate, emotionally granular work that it is both a joy and a relief to see her flex her talents fully again.

Her Nicola is wholly believable, wholly identifiable. Nicola has insight into her situation (“I’m not gonna lie,” she tells Adam in the wake of one of his wheedling apologies, this time after objecting to her tight gym clothes, “It’s weird. Alarm bells ring”) and his mindset. She tries to tell him, warn him, teach him – not because she is a pushover, but because she is normal; normally kind, normally hopeful, and it takes time for these humane instincts to burn out and be replaced by the necessary toughness required to resist.

There isn’t much in the way of plot. This is, above all, a mood piece. As with life, there is no dramatic or Damascene moment for Nicola – just a cumulative pressure, a coded message from a friend, a gradual admission that the scales of happiness are unignorably tipped. There is no neat resolution, but when Nicola finally leaves to spend a night at her mum’s (she had intended to leave for good, but Adam hints at suicide, so it is whittled down to a week and then a bare 24 hours), we see her walk across the family garden and smile. From the grin alone we may infer liberation.

If you see yourself in any of it, listen to the alarm bells. When did you last smile freely?