In its Giulietta hatchback Alfa Romeo has been trying to combine sexy with sensible. The 1.6-litre diesel Tecnica version is well equipped and is a good company car tax saver with 99g/km of CO2 emissions.

Audi’s A3 Sportback has been at the top of this class for years. Like the Alfa, it posts 99g/km CO2 and has plenty of kit to go with its recent restyle.

Stuffed with modern safety kit, the Infiniti Q30 is a left-field choice from a brand that remains largely unknown in the UK. 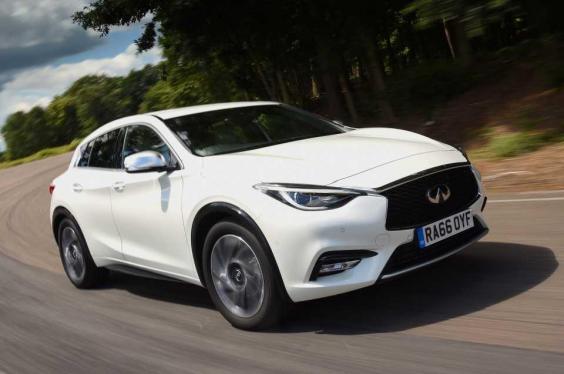 The Alfa is the quickest of the three. It has the most powerful diesel engine and the strongest low- and mid-range pull. The Audi is 0.5 seconds slower over the 0-60 run, but you’d never perceive any power shortfall in the A3 during everyday motoring.

The smallest engine combined with the highest weight was never going to do the Infiniti any favours. To reach its best 0-60mph time (that’s 1.5sec slower than the Giulietta’s) you have to work both engine and gearbox hard. That’s less than ideal because, of all the three six-speed manual gearboxes here, the Infiniti’s is the least appealing to use. The Alfa’s gearshift is less than perfect, but the Q30’s is notably floppy and lacking in precision and the engine is unrefined at all speeds compared to the quieter Giulietta’s. 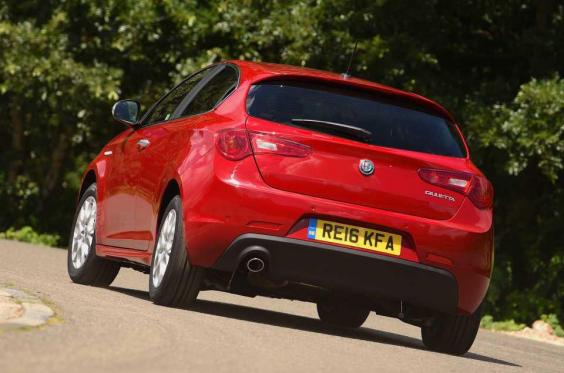 Above 3000rpm a degree of boom comes from the A3 engine but it’s the best of the three at isolating the driver from vibrations. It’s also the smoothest car on the motorway, with lower wind and road noise than the Giulietta. Again the Q30 trails in last place, with noticeable tyre ‘slap’ over expansion joints.

The soft-riding Q30 claims back some points on moderately potholed roads but it takes a while to settle down over bigger lumps such as speed humps. It’s beaten in this aspect by the more tightly controlled Giulietta, and the Audi is the best of all, refusing to be unsettled by speed or big bombholes.

The A3’s nicely weighted and precise steering and low roll through bends makes it the most engaging drive. In terms of grip, the Alfa matches it, but the Giulietta’s deadish steering and extra lean both count against it. Enthusiast drivers won’t enjoy the swaying of the Q30, or its uncommunicative steering. 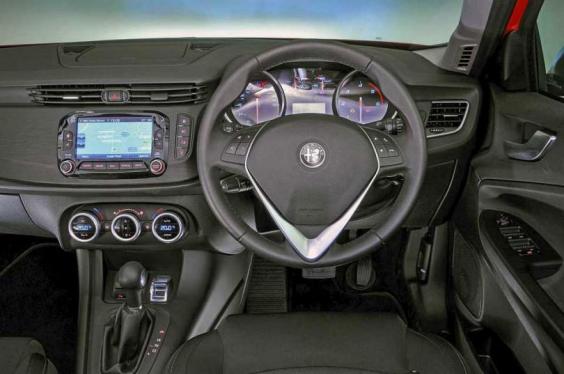 All three cars have height adjustable front seats and steering wheels that adjust for both reach and angle. The Q30 has the least head room up front, but there’s no feeling of space-deprivation in any of our trio.

There are issues with all three on driving positions, however. A lump on the Giulietta’s transmission tunnel right next to your left leg makes the clutch footrest difficult to use. The Q30’s seat is lacking in side support and it’s placed too high for taller drivers. The Audi A3 doesn’t have the other two’s standard electric lumbar adjustment, opening up the prospect of backache on longer journeys. That’s a shame because the A3’s driving position is otherwise pretty much perfect, with highly visible instrumentation and easily understood switches.

Reflections on the Giulietta’s dials make life a little harder than it should be, as does the too-small LCD screen between the dials, but again the Q30 has the dubious honour of bringing up the rear with its poorly positioned climate control buttons and head-scratching infotainment system. Although its materials look good in places like the dashboard top, it’s too easy to find uneven panel gaps and sharp edges. 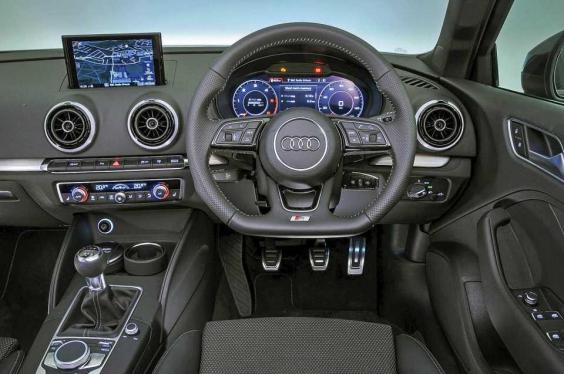 The Giulietta feels better put together from decent materials, even if some of its switches and buttons feel a bit flimsy. Flimsy is not a word you would use in the context of the A3, though. Everything works with a satisfying precision and top-quality materials are on show everywhere.

Given the choice, tall rear seat passengers would pick the Audi. They’d be pressing their knees into the back of the Alfa’s front seats and wishing things didn’t feel quite so claustrophobic in the back of the cramped Q30.

For cargo loading, both the Giulietta and the Q30 require you to heave heavier items over a high lip and a floor step when the back seats are folded. 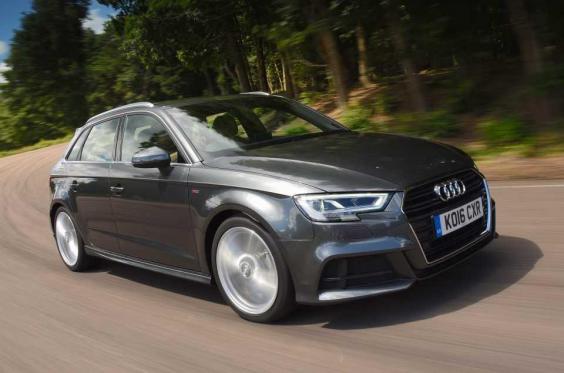 In this spec, most of these cars will find homes in fleets rather than private homes. Alfa Romeo doesn’t even bother to offer PCP finance on Tecnica trim.

We weren’t able to do a real-world economy test on the Alfa, but of the other two the Q30 came closest to its official fuel economy figure by recording 49.2mpg. The Audi returned 45.5mpg. That difference would amount to an annual saving of about £100 for a 12,000-mile a year Q30 driver.

All three cars are well provisioned with desirable and useful features such as sat-nav, rear parking sensors and cruise control. The Giulietta throws in the most extra equipment, adding metallic paint, privacy glass and front parking sensors. The A3 only has basic manual air-con compared to the automatic climate control systems in the other two.

The Q30 is unique here in having standard heated front seats along with good safety tech like automatic emergency city braking, a speed limit dash display and an anti-lane-wandering system. All these are A3 optional extras, but they don’t appear anywhere on the Giulietta’s spec list. 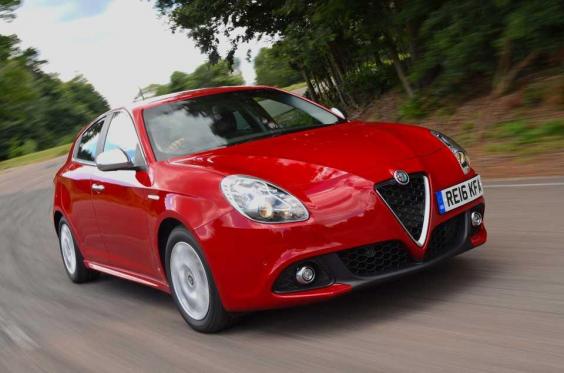 The Q30 loses out to the Giulietta in many aspects, and is blown out of the water by the Audi. The limited performance it has is made worse by a noisy engine, imprecise handling, and a wobbly ride. In this Premium InTouch spec it does score on equipment and safety, but high company car tax is a black mark.

For those who like to mix style with substance, the Giulietta is an interesting pick. The 1.6-litre diesel is fairly punchy and CO2 friendly for low tax bills. In Tecnica spec it is very well equipped, if a little lacking in cutting-edge safety tech.

The old pre-facelift A3 Sportback was a great family car with fine driving manners and decent comfort. It really didn’t need much doing to it to keep it at the top of the pile. It’s still a sharp and in the main comfortable drive. The equipment included in SE Technik trim is adequate rather than comprehensive, but the high quality, spacious cabin and cheap to run 1.6-litre diesel engine make it an easy winner here.